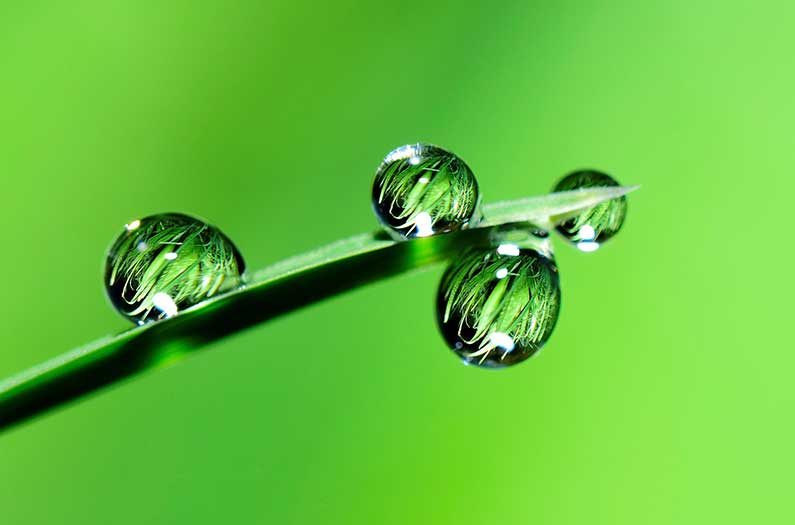 Leaves are perfect little machines that use sunlight to convert carbon dioxide and water into fuel for plants. Researchers have been trying to mimic this photosynthesis process for years with artificial leaf devices that use solar cells and catalysts.

Now a team at Cambridge University has made an artificial leaf that produces an important gas called syngas that is widely used to make fuels, pharmaceuticals, and fertilizers. The new method, reported in Nature Materials, is a simple way to produce syngas directly. “Being able to produce it sustainably would be a critical step in closing the global carbon cycle and establishing a sustainable chemical and fuel industry,” said Erwin Reisner, a professor of chemistry at Cambridge.

Synthesis gas, called syngas, is a mixture of carbon monoxide and hydrogen, sometimes with a bit of carbon dioxide thrown in. It is typically produced by exposing fossil fuels like coal or natural gas to high temperature steam and pressure, and the process releases carbon dioxide.

Previous artificial leaf devices have mostly produced hydrogen by splitting water. One reported earlier this year could strip carbon dioxide of oxygen to produce carbon monoxide. But the new device produces syngas because of the combination of catalysts and materials it uses.

The new device, which works when immersed in water, has two light-absorbing electrodes. On one electrode, a cobalt catalyst produces oxygen. The other side uses a chemical reaction with water to convert carbon dioxide into carbon monoxide and hydrogen. The result is syngas.

In the paper, the researchers report that the device works under low-light conditions, such as on overcast and rainy days. “You could use it from dawn until dusk, anywhere in the world,” says graduate student and paper co-author Virgil Andrei.

According to a press release, the team is now trying to find ways to use the technology to produce a sustainable liquid fuel alternative to petroleum.

Image by ju Irun from Pixabay