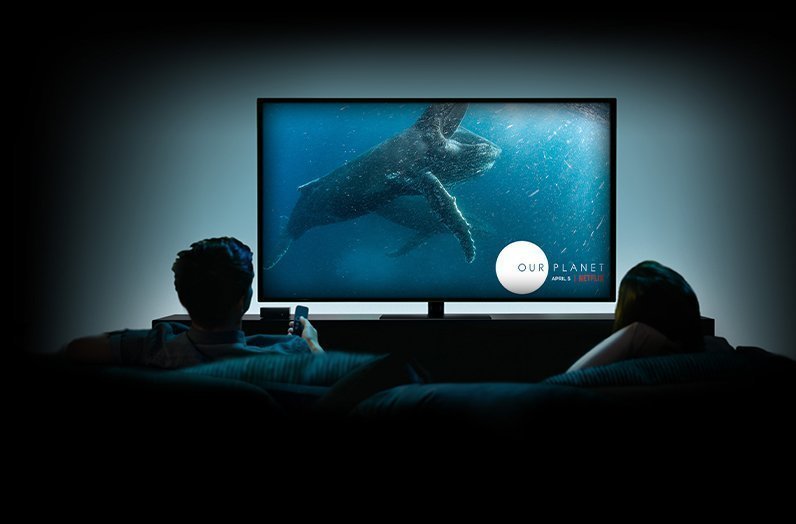 Finding a balance between good and bad nature news on screen

How much time should be devoted to celebrating nature’s marvels, and how much to confronting their destruction?
By Brandon Keim
October 2, 2019

How much time should be devoted to celebrating nature’s marvels, and how much to confronting their destruction by people? It’s a question that anyone who makes media about nature can struggle with, from an Instagrammer posting snapshots to the most acclaimed nature documentarian of all.

David Attenborough, whose voice and vision can be found on dozens of programs, including the BBC’s beloved Planet Earth and Blue Planet series, is credited with drawing extraordinary amounts of mainstream attention to the living world. He’s also been criticized for whitewashing nature’s precarious state by focusing on beauty while failing to explain why so many species and natural communities are threatened.

Attenborough has argued that recrimination will only drive viewers away. First comes appreciation; the rest, he reasons, will follow. Nevertheless, the criticisms seem to have stung—and when his latest documentary, the Netflix-produced Our Planet, premiered this year, its promotional language explicitly promised not only to illuminate nature’s wonders but to “reveal the key issues that urgently threaten their existence.”

So how did they do? And what lessons does that hold for nature’s depictions?

In a paper published in the journal People and Nature, researchers led by Laura Thomas-Walters, a conservation biologist at the University of Kent, analyze the scripts of Our Planet and Attenborough’s three most recent BBC documentaries: Planet Earth II, Blue Planet II, and Dynasties. Almost 15 percent of Our Planet’s word count “focuses on what is not well with the natural world,” they found, a figure far higher than in Planet Earth II or Dynasties.

Only Blue Planet II came close—but whereas that series saved its conservation messaging for the final episode, Our Planet wove warnings through each episode. Viewers were also encouraged to look at online materials suggesting how they could make a difference: by supporting environmental organizations, for example, using renewable energy, and eating less meat.

Despite this shift in language, though, Our Planet’s visual tone remained unchanged. “While the script regularly talks about the threats facing the habitats and species that are shown, visual depictions of these threats remain rare,” write the researchers. “For the most part, habitats are depicted as extensive and pristine and wildlife populations as abundant.”

To Thomas-Walters and colleagues, this is potentially problematic. Our Planet’s spectacular imagery may well inspire concern for biodiversity, they say, but it could also lead viewers “to believe that things cannot be that bad for biodiversity as what they are seeing on the screen shows nature, for the most part, doing fine.”

Moreover, by avoiding depictions of land- and seascapes with an obvious human presence, the urgent conservation challenge of balancing human and nonhuman interests in overlapping spaces is elided. So, in a sense, is the reality of material overconsumption.

“The inextricable link between threats to the natural world and the high consumption of western lifestyles would also be more difficult to ignore,” write the researchers, “if the presence, or even dominance, of commercial agriculture, mining, and transport infrastructure were more visible in the landscapes.” On the other hand, if a billion people—Netflix’s hoped-for audience for Our Planet, which has been translated into 10 languages and made available in 150 countries—watch the show, it’s hard to imagine it won’t have some positive impacts.

So how impactful is Our Planet—and, for that matter, other nature documentaries, or even Twitter threads and Instagram stories? It’s hard to say. Measuring the influence of media on behaviors and policies is extremely hard to do. More research is needed, say Thomas-Walters and colleagues, on the short- and long-term effects of different approaches.

“We still lack a more nuanced understanding of how artistic and narrative decisions influence behaviour change,” they write. “The time is right to explore how both showing nature on screens and talking about the threats it faces, affects people in ways which might, ultimately, contribute to saving it.”