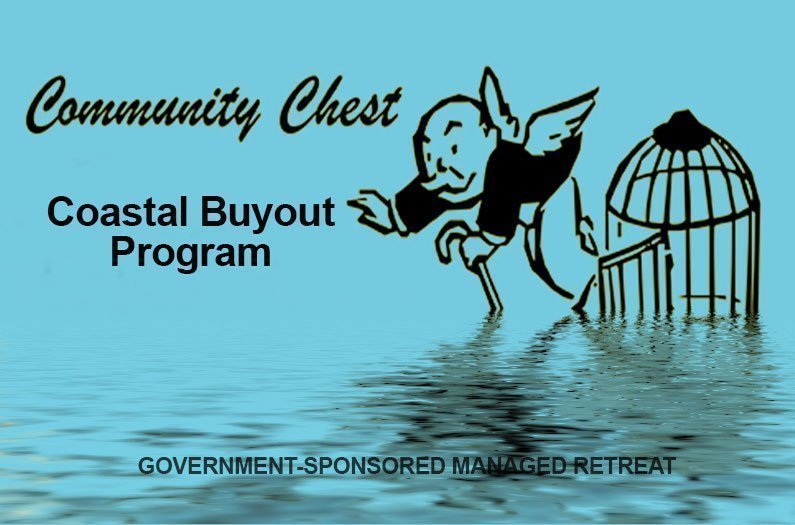 Wealthier communities in the United States are more likely to receive federal assistance to buffer the effects of climate change, and more likely to reap the benefits of renewable energy, two new studies show.
By Sarah DeWeerdt
October 15, 2019

Wealthier communities in the United States are more likely to receive federal assistance to buffer the effects of climate change, and more likely to reap the benefits of renewable energy, two new studies show.

The findings suggest that without careful attention to equity, climate change policies could wind up reinforcing existing disparities in society rather than easing them.

Such buyouts are an example of managed retreat, in which communities relocate in an organized way to avoid hazards such as flooding, sea level rise, and extreme weather. Researchers and planners in many countries increasingly agree that managed retreat will be an important adaptation strategy as climate change proceeds.

The researchers analyzed a publicly available database of 43,633 buyouts that took place between 1989 and 2017. They found that more buyouts have occurred in wealthier, more densely populated counties than in poorer, less populous ones.

That’s the opposite of the usual conception of managed retreat, which predicts that wealthier and urban areas will build coastal barriers and other infrastructure for protection, while communities in poorer and rural areas will relocate because building such barriers isn’t economically feasible.

Wealthier, more populous counties may be making more use of the buyout programs because they have sufficient funding and staffing to apply to the federal government and administer the buyouts, the researchers say.

Within the counties that have made use of the FEMA programs, bought-out properties tend to be located in more disadvantaged neighborhoods – those with lower income, education, and English proficiency levels, and greater racial diversity.

It could be that counties are actively trying to help vulnerable people in low-income areas – or that they are using buyouts to clear out neighborhoods they see as undesirable. And it’s not clear whether people of color are taking the buyouts to get out of unsafe housing, or white people are using them to move out of diverse neighborhoods.

The findings suggest that as programs are currently structured, managed retreat may be available only to relatively privileged communities. People in marginalized areas may be left on their own – either trapped in place or their community disintegrating through abandonment.

In the other study, published August 20 in Energy Policy, researchers used a state environmental justice database called CalEnviroScreen to evaluate the deployment of rooftop solar systems in California [2].

California has the most rooftop solar systems of any state. Rooftop solar is both a means of decarbonization – providing a source of clean electricity – and a climate adaptation strategy – providing power to households when the grid is down due to heat or fire danger, which will happen more often with climate change.

California has offered subsidies to help low-income households install solar panels, but the study suggests additional factors such as lack of home ownership, language barriers, and lack of education are preventing people from taking advantage of such programs.

Decarbonization and climate change adaptation are such huge, far-reaching tasks that it’s tempting to imagine that they will result in a wholesale transformation of society. But these two studies suggest that reality may be patchier, with the wealthiest and most advantaged communities reaching a greener future but others left behind in a browned-out past.