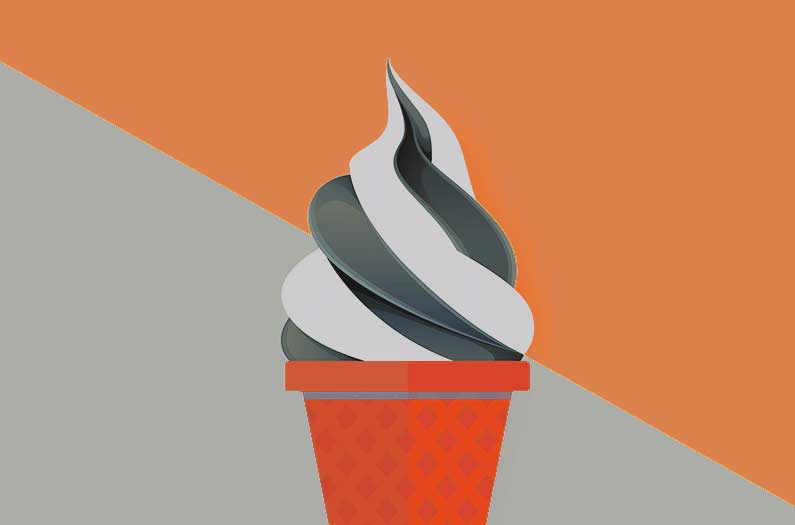 Climate-friendly cooling with a twist

Refrigerators and air conditioners devour around 20 percent of the world’s energy, and are a growing source of greenhouse gas emissions. Now researchers have devised a curious technique to produce cooling by unwinding tightly twisted wires. The method, reported in Science, could offer an energy-efficient and sustainable alternative to today’s cooling systems.

In addition to hogging energy, today’s refrigeration technologies also rely on circulating coolant gases called hydrofluorocarbons. These gases trap much more heat than carbon dioxide and can leak into the atmosphere during manufacturing, use, or when an AC or refrigerator is disposed improperly.

Scientists and engineers have been looking for more environmentally friendly cooling technologies. Some are developing passive cooling devices and various materials that send heat into space. 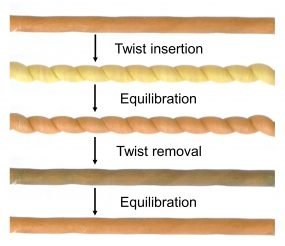 When a rubber fiber that has been coated with a paint that changes color with temperature is twisted, it heats up (yellow). After reaching room temperature, the fiber cools as it is untwisted (dark brown). University of Texas at Dallas

Ray Baughman of the University of Texas, Zunfeng Liu of Nankai University and their colleagues call their new technique “twistocaloric” cooling. It is based on a principle of change in a material’s thermodynamic properties as it is mechanically deformed.

For instance, a rubber band that is stretched out for a while will absorb heat as it is let go and relaxes, effectively cooling the air. But to produce a noticeable cooling, it would have to be stretched by a very large amount and then released.

But the researchers found that with some materials, twisting and then releasing them produces a high cooling effect. They tested natural rubber fibers, nickel titanium wires, and plastic fishing line, which they painted with temperature sensitive paint. Then they twisted the fibers into coils, which they twisted further into supercoils.

To show that this effect could be used to cool other materials, the team built a refrigeration device—they call it a “twist fridge”—using a nickel titanium cable with three wires. It could cool flowing water by up to 7.7°C. There will be many challenges to overcome to make this initial discovery to commercialization, Baughman said in a press release. But the technology certainly changes the meaning of refrigerator coils.

Image by Kevin Sanderson from Pixabay