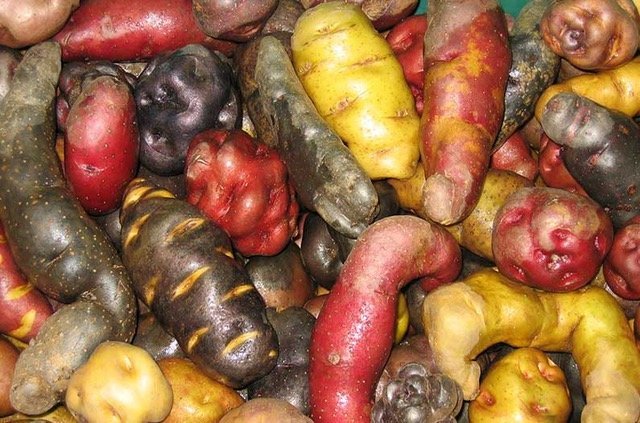 The clues to preserving food security in sub-Saharan Africa might lie in crops grown in distant parts of the planet.
By Emma Bryce
October 4, 2019

Global plant diversity could be a lifeline for food security in sub-Saharan Africa, finds a new study.

The analysis reveals that replacing some at-risk African food crops with more resilient crops from other parts of the world, as well as tapping the huge genetic diversity of crop wild relatives, could help shore up already beleaguered African agriculture against climate change.

Climate change is expected to mete out particularly harsh effects in sub-Saharan Africa, due to its already-tropical conditions, but also because of wider socioeconomic factors that will intensify its impact. That will deepen food insecurity across the continent, if global emissions continue to climb.

Looking at 29 of the most important African food crops – which included grains, fruit, and vegetables – an international team of researchers found that depending on the severity of climate change, between 12 and 29% of the future ‘climate space’ where these species grow will have changed by 2070. Such largescale changes could edge out many staple crops that will no longer be able to grow under these more strenuous conditions.

For instance, of the 29 crops, a starchy staple called Guinea Yam in expected to suffer the most: 56% of its future climate is predicted to be novel by 2070, on account of the yam’s limited growing area, and thus greater exposure to change.

But on the other hand, the researchers’ analysis also revealed a treasure trove of global crop biodiversity that could theoretically replace most of these threatened foods with similar alternatives in the future.

Hot, tropical regions of the world like South America, and South and East Asia, in particular, harbour more resilient crop varieties, likely because these plants already occupy specific climate niches that mirror the conditions that will unfold in sub-Saharan Africa in the future. In these regions, the researchers found that crops of potato, squash, bean, taro, and finger millet, in particular, would be adaptable to future sub-Saharan climate extremes. They also found that certain wild relatives of potato, sweet potato, and finger millet would cope better with predicted climate change than the currently-farmed crops.

To determine all of this, the researchers relied on a huge repository of data about 778 wild relatives of the 29 sub-Saharan crops, as well as several similar crops from other parts of the globe. Then they determined how these alternatives would fare under climate change in sub-Saharan Africa – under both a mid- to low-emissions scenario, and a scenario where emissions continue to rise. This revealed which crop alternatives would work as substitutes under the projected climate shifts.

As a third measure, the researchers also considered whether in extreme cases, a full replacement by completely different crops from the sub-Saharan continent might be in order. This was the case with the beleaguered Guinea Yam, which had no suitable global substitutes and limited wild relatives – meaning substitution by other types of sub-Saharan crops would be the most likely option for filling that agricultural hole.

But for most at-risk species, the outlook is decidedly more positive, the researchers emphasise. “Our results show that most crops have the climatic potential to be  replaced in the future, mainly by other crops that are currently found in a large range of climatic environments [or] that are specific to particularly warm areas,” they explain.

Of course, cultivating and growing wild relatives, and crops from remote locations, would require resources and time, and would be technically challenging. That’s why international partnerships to share new plant varieties and genetic resources should be championed, the researchers say: in a changing world, these backup species will be insurance against the unknown.

“Overall, our study shows that agrobiodiversity, fusing the rich world diversity in crops and wild relatives, can represent a major solution through a global benefit sharing system,” they say.