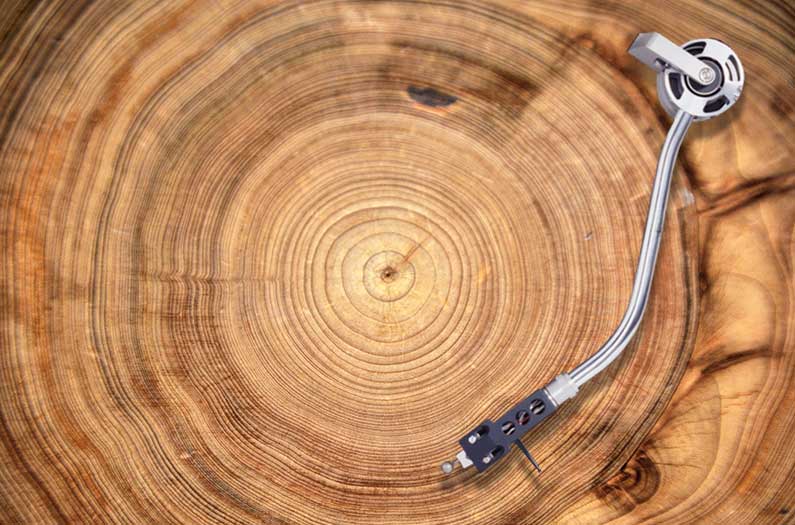 What does climate change sound like?
As Earth warms and weather patterns become more variable, climate change could alter the biosphere in a little-appreciated way: by changing how it sounds.
By Brandon Keim
November 6, 2019

As Earth warms and weather patterns become more variable, they could alter the biosphere in a little-appreciated way: by changing how it sounds.

“We postulate that climate change is changing Earth’s natural acoustic fabric,” write researchers in the journal Trends in Ecology & Evolution. These are shifts “that all sound-sensitive organisms, marine and terrestrial, may experience.”

The researchers—ecologists Jérôme Sueur of France’s Sorbonne University and Almo Farina of Italy’s Urbina University, and independent scholar Bernie Krause—are leaders in the field of soundscape ecology, a relatively new discipline that started in the late 1990s when Krause, one of the world’s foremost recorders of natural sounds, coined the term “biophony.”

The biophony referred to the full suite of biologically-produced sounds, from birds singing to crickets chirping to leaves rustling, in a given habitat. Most previous research on biological noise had focused on single species; soundscape ecology encompassed the interactions. Rather than, for example, studying how a male frog’s ribbits influenced mating success, soundscape ecologists might investigate how those ribbits occupied a different sonic niche than the songs of local birds, and whether changes in vegetation might alter their transmission and thus affect species linked to frogs in local food webs.

In the new paper, Sueur and colleagues turn their ears towards climate change. Shifting weather patterns are already known to affect weather-dependent phenomenon like bird migration and wildflowers blooms, ultimately cascading through populations and ecosystems—but the role of sound in all this has received relatively little attention.

Sound is fundamental to life, though, used by most creatures as they communicate and forage and navigate, central to such basic behaviors as recognizing offspring and attracting mates. The researchers propose that climate change is “transforming two components of global soundscapes”—the biophony and also the geophony, the latter a term for all those noises that, like wind and moving water, have non-biological origins but literally set the stage for life’s concert.

Variations in ambient temperature, humidity, wind, and precipitation can “change the range of communication between individuals,” they write. Not only may unusual conditions affect how sounds sound; they can also alter the physiology of organisms, such as frogs or crickets who vocalizations track with temperature, in ways that impact the very production of sound. As species shift in response to climate trends their role in local biophonies will also
change.

Discover more:  There’s enough wind to power the globe. But exactly how much do we need to catch to rein in carbon?

Much as a climate-induced shift in the timing of wildflower blooms ripples through the insects pollinating them and the birds who consume those insects, so might climate-induced shifts to biophonies and geophonies have far-reaching consequences. Deviations from historical sonic conditions will be yet one more pressure to which species and ecological communities must adapt. Just as different assemblages of species will prevail, so will new sonic arrangements.

Not all change is bad, of course, but Sueur and Krause and Farina fear that these auditory disturbances may reduce and homogenize biodiversity. “Humans should be prepared for a change in acoustic environments, from remote wilderness to urban areas,” they write.

They call for more monitoring of biophonic changes. People might also pay more attention to reducing noise pollution, such as sounds generated by automobiles and ships and wind turbines, that are immediately within our control. Perhaps the idea of climate refugia—places where temperatures will remain steady, providing a home for otherwise-displaced species—could be expanded to include metrics of sound as well as temperature and precipitation.

Ultimately, though, climate change must be confronted and solved. Write the researchers, “only major mitigation actions will help preserve Earth’s beat.”