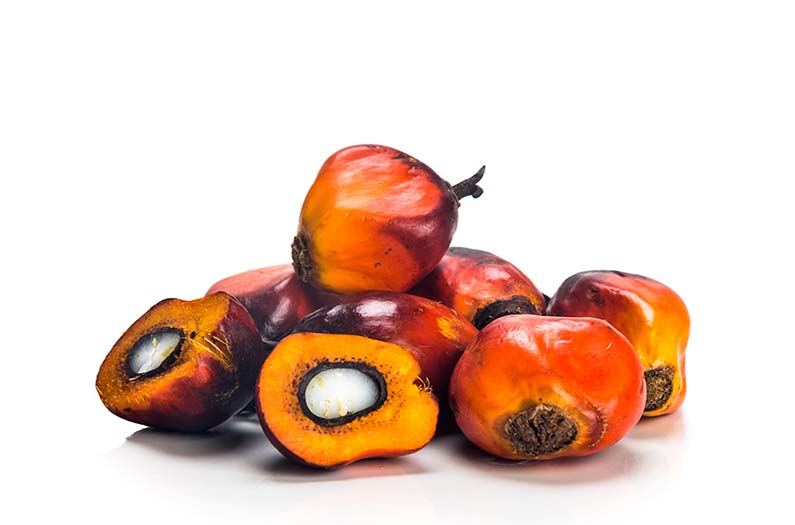 Former pasture land could be the key to easing the destruction this crop causes to tropical forests around the world.
By Emma Bryce
November 22, 2019

Palm oil – used in everything from lipstick to chocolate – is blamed for driving largescale global deforestation. But, changing where it’s grown could dramatically reduce its environmental footprint, finds a new study.

An international team of researchers on the new paper showed that if farmers plant oil palm on old pasture land instead of clearing virgin forest, the palm oil crop becomes almost carbon-neutral. Compare that to estimates from Sumatra, where clearing forest to plant palm oil is shown to cause carbon losses of 173 tonnes per hectare, due to the large scale disturbance and destruction of carbon-sequestering soil and plants.

Growing oil palm on old pasture land isn’t exactly a new idea: it’s been going on for some time in places like Colombia, where the researchers carried out their study. But the significance of their research is that it’s the first to track the impacts of this conversion on carbon sequestration in the soil and plant biomass over a period of more than 50 years – revealing the long-term benefits of using old land, instead of untouched forest, for palm oil farms.

On closer inspection, the picture is a little more complicated. The researchers looked at Colombian plots of palm oil that were converted from pasture land 56 years ago. Palm oil crops there are typically replanted every 25 to 30 years, and the researchers’ analysis from the soil revealed that during the first planting phase on former pastures all those decades ago, the amount of organic carbon in the soil did decline by about 40%. But by the time the second oil palm planting phase rolled around 25 to 30 years later, carbon stocks were replenished in the topsoil.

That was due to the die-off from the old oil palms, their roots, trunks, and leaves decomposing and enriching the soil with carbon.

As well as this, the palm trees acted as a vessel for more carbon capture, because the trees – which grow up to 15 metres high – create more biomass per hectare than pasture land does. That increased the amount of biomass-stored carbon by an estimated five-fold, compared to on ordinary pasture land, the researchers found.

Overall, the twin increases in soil and biomass carbon compensated for what was lost during the initial conversion from pasture to plantation – leading to an almost completely carbon-neutral palm oil crop on the examined plots, the researchers explain. Another way of looking at it: planting oil palm on pastures instead of deforested land reduces the associated carbon losses of deforestation by about 99.7%.

To draw up these findings, the researchers visited six palm oil sites in Colombia that were once pasture. From these they took soil samples dating back over 50 years, so that they could analyse the effects of the palm oil plantation on organic carbon levels over time. They also estimated carbon storage from biomass samples.

The researchers were working under the umbrella of the Oil Palm Adaptive Landscapes, an initiative to investigate more sustainable future paths for palm oil production. Much of current palm oil production is far off anything that could be described as sustainable. Yet, production is bound to increase, and as the researchers point out, thousands of farmers now rely on the crop economically in countries like Indonesia and Malaysia.

Finding ways to farm it more sustainably, therefore, is imperative – and that’s especially true when it comes to the urgent goal of halting further deforestation. Old pastures – which are often plentiful in palm-oil-producing countries – offer an alternative. And it’s not just about increased carbon sequestration: significantly less biodiversity would be lost through farming these plots of land, than through the felling of dense, centuries-old, tropical forest.

The ubiquity of palm oil has become a worrying symptom of the rapidly-industrialising world we live in. But as this research suggests, at least there are options for cleaning up its act.