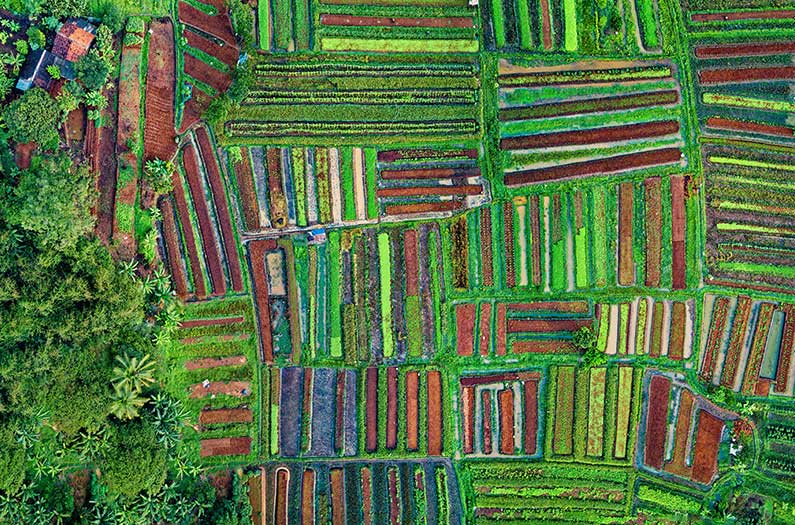 Until now, it has been difficult to measure how effective greener farming methods are across large swaths of land
By Emma Bryce
November 8, 2019

It’s the first to show how satellite technology could be used to help farmers quantify the environmental and commercial benefits of sustainable farming – identifying which interventions work, and which don’t.

Sustainable intensification has become a buzzword in agriculture, covering a fleet of new farming methods, interventions, and technologies that are designed to scale up farming at the lowest-possible environmental cost. But one catch is that it’s difficult to measure how effective these methods really are across large areas of farmland.

The new study, however, provides some convincing evidence that some interventions really are worth their salt.

Using microsatellites which snap images down to a less-than five-metre ground resolution, and can cheaply gather data over huge stretches of land – the researchers evaluated the effects of a new sustainable intensification method: a hand-held machine designed to spread fertilizer more evenly across farm fields. The visual data revealed that not only did this more efficient spreading technique have a lower environmental footprint, it also improved wheat yields by 5% across 127 smallscale farms in India.

The improved fertilizer distribution meant there was no increase in the amount showered across the fields, and that it was also reaching crops more uniformly. For farmers, the yield gain was substantial, accounting for about a third of management-related yield gaps on the farms, the researchers calculated.

Environmentally, it also meant that less fertilizer was being wasted. That meant increased nitrogen efficiency, the researchers explain – which would translate to less excess nitrogen entering the soil and polluting rivers and streams.

As well as this, the researchers were able to analyse the reams of satellite data they’d gathered to show that fields which had low wheat yields would be those that benefited the most from the more efficient fertilizer application. “We showed that satellite data could be used to target the technology to the fields that would benefit the most,” says the study’s first author Meha Jain, an assistant professor at the University of Michigan School for Environment and Sustainability. “By targeting appropriate fields using satellite data, we showed that yield gains could be doubled to 10%.”

The satellites detected these overall yield changes visually by analysing how much green plant chlorophyll was present in each of the images they snapped. At high resolutions, this made it possible to estimate the biomass of a crop in the field over large areas, and thus its yield. Using this technique is also a far more efficient way to gather data about crop yields, compared to the standard – which typically relies on cumbersome, manual crop cuts on the ground.

By testing out their satellite technology on smallholder farms in India, the researchers could also show its potential value under climate change. India is the world’s second-largest producer of wheat, much of which comes from smallholder farms like the ones in the study. Yet, wheat farmers are expected to suffer losses as temperatures rise.

Using microsatellite data to identify areas vulnerable to yield losses through climate change, could help target areas that would most benefit from sustainable intensification. That would boost food security and help farmers’ bottom lines – without unnecessarily harming the environment.