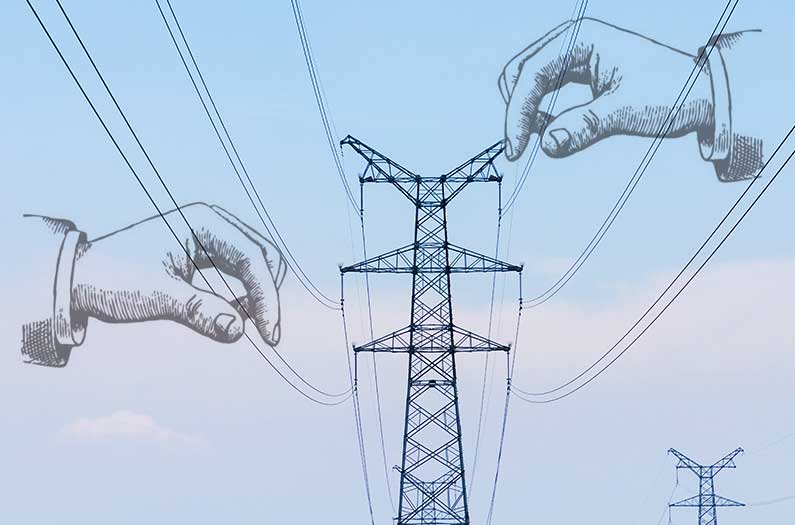 A simple tweak of electricity market rules could encourage decarbonization

The structure of electricity markets in many wealthy economies is likely to make it more difficult to decarbonize. But the solution could be as simple as adding a new feature to these markets to juice the adoption of renewable energy technologies like solar and wind.
By Sarah DeWeerdt
November 5, 2019

The structure of electricity markets in many wealthy economies is likely to make it more difficult to decarbonize, according to a study published October 28 in Nature Energy. But the solution could be as simple as adding a new feature to these markets to juice the adoption of renewable energy technologies like solar and wind.

Since the 1990s, electricity markets have been deregulated in areas including the European Union, New Zealand, Australia, Chile, and about two-thirds of the United States. Instead of each jurisdiction having a monopoly provider that both produces and distributes electricity, now one company can generate electricity and another can deliver it to homes and businesses, for example.

“Since those rules were written for traditional fossil fuel technologies, we need to rethink some of them as new technologies become a larger part of the market,” study team member Jacob Mays of Cornell University said in a statement.

Mays worked with David Morton of Northwestern University and Richard P. O’Neill of the Federal Energy Regulatory Commission to develop a mathematical model of energy markets. The researchers used this model to investigate how different market features encourage or discourage investment in different sources of energy.

Most deregulated energy markets include two features that help power generators manage risk by locking in reliable revenues: “Future markets” and “capacity markets.” It turns out that these features are likely to discourage green power investment and encourage investment in fossil fuels, especially natural gas.

A future market makes it less risky for power producers to commit to producing the amount of power that tends to be needed on a consistent basis. This feature encourages investment in forms of energy that involve high up-front costs for building a plant but low operating costs, like coal and nuclear.

A capacity market, meanwhile, makes it less risky for power producers to develop the capacity to supply power at times of peak demand. This feature encourages investment in power plants that are cheap to build but expensive to operate, chiefly natural-gas plants, the analysis shows.

Renewable technologies like solar and wind represent a third category of power source: they involve high up-front costs to build a solar or wind farm, cost almost nothing to operate, and generate power at a variable and not entirely predictable rate.

With only future markets and capacity markets for risk management, investment in variable forms of energy like solar and wind will be low, the researchers found.

But adding a third feature, which the researchers dub “contingent unit contracts,” changes the picture significantly. Contingent unit contracts are designed to manage the risk associated with variable power generation. They are not currently part of electricity markets, but would encourage low-carbon forms of electricity if they were added to the mix of market rules.

“We’re trying to balance the priorities of maintaining a reliable, low-cost, efficient electricity system in the U.S., while shifting to a cleaner, greener system,” Mays said.

Most studies of electricity decarbonization focus on the effects of carbon pricing or cap and trade schemes. But the new study provides evidence that such measures alone may not guarantee investment in renewables. Decarbonization strategies also have to take into account the structure of the power market itself.