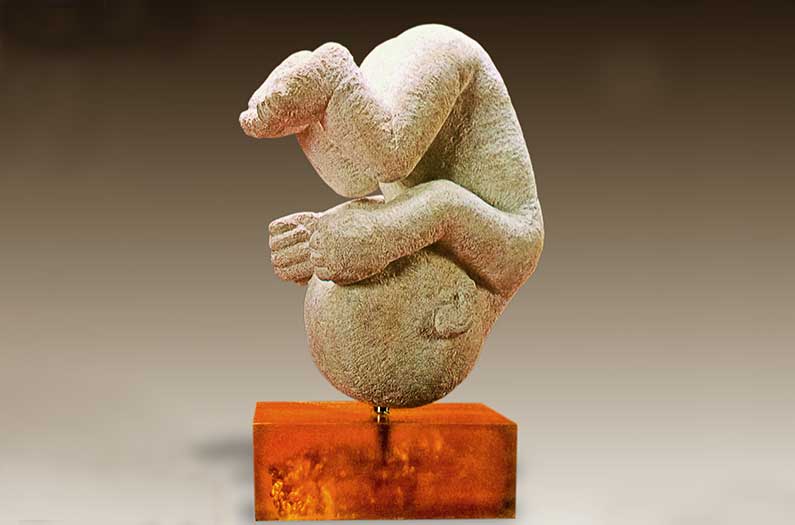 How climate change could shorten pregnancies

Researchers used data from global climate models to calculate how future increases in extreme heat are likely to shorten pregnancies. Each additional hot day is likely to affect the timing of at least 822 births.
By Sarah DeWeerdt
December 3, 2019

If high carbon emissions continue, babies born in the United States could lose a collective 250,000 days of gestation annually by the end of the century. That’s the conclusion of the most extensive analysis to date of how extreme heat affects the timing of childbirth, published yesterday in Nature Climate Change.

Those lost days matter because how long a baby spends in the womb can have far-reaching effects: studies have shown that earlier delivery is associated with poorer health in infancy and reduced cognitive abilities later in childhood.

Exposure to extreme heat is thought to increase the likelihood of delivery by triggering cardiovascular stress or increasing levels of oxytocin, a hormone involved in labor. Several previous studies have suggested a link between hot weather and shorter gestational lengths – that is, the number of days a pregnancy lasts. But gestational length data is prone to error and isn’t available in all areas.

The new study instead relies on birth records, a much more widespread and reliable form of data. Researchers assembled information on 56 million births that occurred in 445 different geographical units (mostly counties) in the United States between 1969 and 1988.

They tracked how each county’s birth rate shifted from one day to the next, and matched up these shifts to daily variations in local temperature. They used a set of equations to separate the causal effects of temperature from various confounding factors.

“Our model compares birth rates on a particular hot day in a given county with birth rates on the same calendar day in the same county in other years when that day was not as hot, while controlling for nationwide changes in birth rates over time,” the researchers write.

Birth rates are also elevated by about 0.57 births on days when the high temperature is between 80 and 90 °F.

The results suggest that hot weather shifts births forward from when they would have otherwise occurred, often by just a couple of days but sometimes by up to two weeks.

Hot days have a greater effect on the infants of Black mothers than those of white mothers. It takes 30 days after exposure to extreme heat for birth rates to return to normal among Black mothers, suggesting that their infants lose more gestational days due to heat.

Based on the average number of hot days per year, the researchers calculated that approximately 151,000 days of gestation were lost per year in the United States during the study period. At least 25,000 births each year occurred earlier than they would have in the absence of heat exposure.

Finally, the researchers used data from global climate models to calculate how future increases in extreme heat are likely to shorten pregnancies. Each additional hot day is likely to affect the timing of at least 822 births.

“At the end of the century (2080–2099), we estimate that there will be approximately 253,000 additional lost days of gestation per year on average in the United States, affecting nearly 42,000 additional births” if high carbon emissions continue, they write.