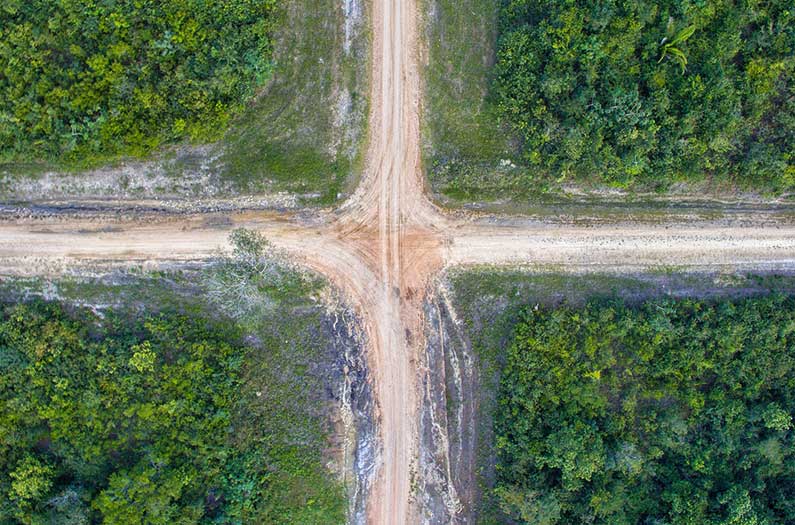 A new report outlines practical steps countries can take to cut substantial emissions from land use, and to boost the land's capacity as a carbon sink.
By Emma Bryce
December 13, 2019

The first ever ‘road map’ for future land-use outlines how changes to the way we farm, manage forests, wetlands, and mangroves would cut a third of the emissions needed to cap global warming at 1.5 C, by 2050.

Through an extensive analysis on the mitigation literature, and incorporating various climate models, the researchers on the Nature Climate Change study identified 24 of the best land-use options for bringing down emissions globally. Of these, a handful could deliver stark changes if we start to implement them in the next decade.

This boiled down to a powerful mix of reductions to deforestation, increasing carbon capture through reforestation and better soil management on farms, slashing food waste, and shifting appetites in developed countries to the point where one in five people is consuming a largely plant-based diet.

If countries took on these approaches, we could cut land-sector emissions by 50% per decade, starting next year in 2020, and running through until 2050. Adopting all the measures outlined in the study could also make land-use in all its forms completely carbon neutral by 2040. What’s more, sticking with the road map would ultimately transform land use into a carbon sink, overall, leveraging its value to climate mitigation into the future.

The road map splits these different approaches up by region, to determine where they could have the largest impact – and providing countries with a window onto which efforts would reduce their emissions impact the most.

For starters, it showed that Brazil, China, India, Russia, and the European Union were among ten countries with the highest potential, overall, to use the land sector as a mitigation tool. It also revealed that Brazil and India have very high potential to reduce emissions arising from livestock. While China, India and Russia could play a special role in capturing carbon with reforestation and afforestation.

Of all nations, China, the United States, Argentina, and the European Union were among those who could most successfully alter their citizens’ diets to create the largest climate benefit. Similarly, bringing down food waste amongst consumers in China, the EU, and the US would yield unique benefits for our global emissions targets.

Recommended Reading:
We’re running out of phosphorus for farming. Whales and other wildlife could build it back up

Even more specifically, campaigns to reduce consumption of deforesting agricultural products like palm  oil, soy, and beef would have the greatest emissions impact if targeted at consumers in the EU and China.

But achieving the 30% ambitious global emissions cut by 2050 that’s outlined in the study would require us to go beyond the individual country level, converging all these land-use changes collectively into one goal. On the global scale, that translates to reducing emissions from the land sector by a striking 85% by 2050, and increasing carbon sequestration tenfold between 2030 and 2050.

Going even further, the researchers suggest that we need to start investing in future technologies to capture carbon from the air, and store it. We also need to invest in sustainable bioenergy, they say. These alternative conceptions of land-use could help us deliver on emissions goals – while crucially taking some of the pressure off natural land to shoulder this burden, the researchers emphasise.

Currently, land-use generates a quarter of global greenhouse gas emissions – of which food production contributes half. Conversely, it also has almost unparalleled power to slurp up emissions and store carbon.

This is a huge latent benefit – but to fully grasp it, we’ll have to act fast, by starting to implement major land-use changes in the next few years, the researchers caution. “The task ahead is daunting, but we have all the tools and knowledge we need to start implementing now,” they said.