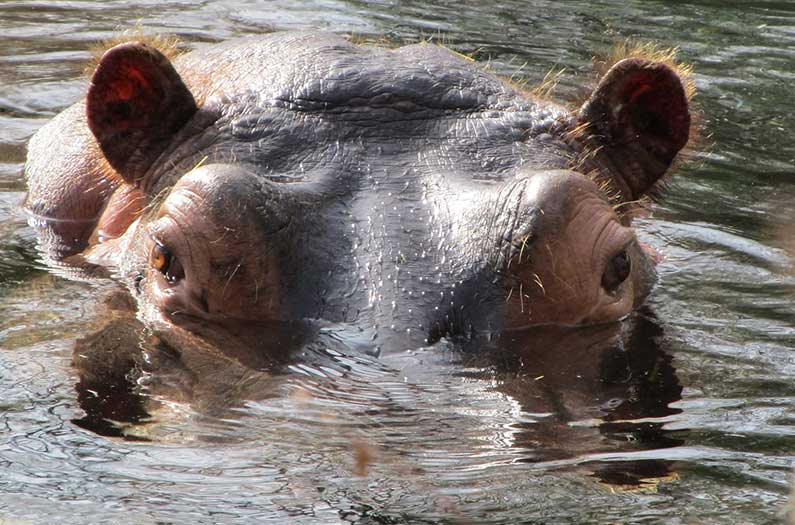 A drug kingpin, some escaped hippos—and the surprising benefits of mixing exotic and native animals

Researchers show how introduced herbivores are taking on the ecological roles of their extinct counterparts.
By Cara Giaimo
April 1, 2020

When large herbivores go extinct, whole ecosystems are disrupted, from apex predators on down to soil microbes. And when large herbivores are brought into new habitats, that’s bad too — introduced species can outcompete native animals, decimate plants, and snarl delicate food webs.

So goes much ecological wisdom. But what happens if, instead, the second problem cancels out the first — and the new species helps to fill a hole left by an extinct one?

A recent paper in Proceedings of the National Academy of Sciences suggests this is happening around the world. The paper’s authors compared the ecosystem roles played by two groups of large herbivores: those that went extinct during the Pleistocene, and those that have been taken from their native habitats and introduced elsewhere.

Their analysis shows that introduced species around the world are doing the jobs once performed by prehistoric behemoths. In other words, such introductions might serve as “an inadvertent counterpoint” to those long-ago extinctions.

Take the hippopotamuses of Colombia’s Magdalena River. Brought to the country by Pablo Escobar, they escaped his private zoo in 1993, thrived, and multiplied. Researchers have long wondered how the swelling population might affect the Magdalena, which is of course not used to hippos.

Prehistory might hold hints, the new paper’s authors say. Try breaking a hippo down to its traits — what it eats, how big it is, how it walks, where it lives. Their preferred habitat aside, hippos are quite similar to a giant extinct llama, Hemiauchenia paradoxa, that once roamed South America. And if you take away their particular form of digestion, they have a lot in common with a semiaquatic hoofed mammal called Trigonodops lopesi.

Recommended Reading:
Meat from chickens raised on insects or algae has a distinct color. So how best to market it?

Similar switcheroos have happened all over the place. For the study, the researchers made a long list of large herbivores both living and extinct, and listed their characteristics. They found that “64% of introduced species are more similar to extinct rather than extant species” in the continents where they live, the authors write.

In the American West, burros are digging wells where wild horses previously stomped. In Australia, sambar deer are munching on Australian shrubs like ancient kangaroos used to. In South America, water buffalo are tramping around like glypotodons. And another recent paper showed that horses in Siberia are keeping permafrost cool the way that mammoths once did.

It’s not a perfect one-to-one exchange. There are many things we don’t know about what Pleistocene mammals did for their environments, and it’s impossible to quantify the impact of their loss. Meanwhile, introduced species have their own unique impacts on their new homes.

But it’s a good reminder that — when we’re trying to decide where species ‘belong’ — it’s worth taking the long view.