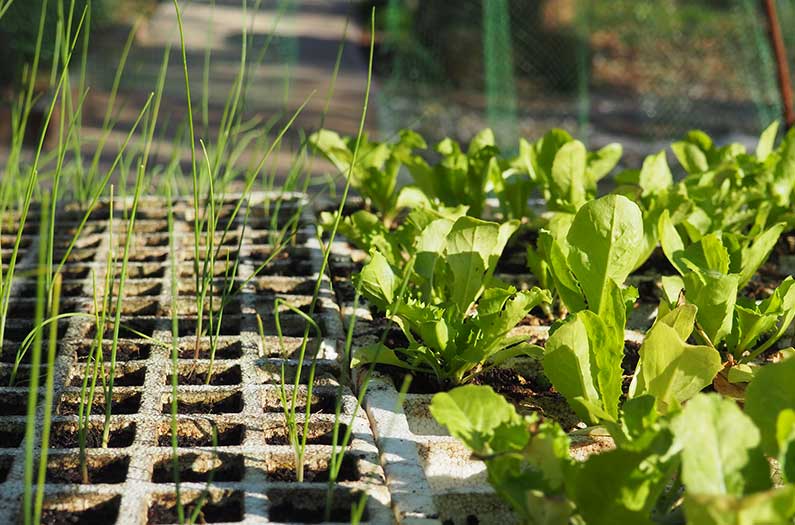 Researchers calculated how much food urban green spaces could produce

Spoiler: Even the conservative estimates are more than you think.
By Emma Bryce
April 3, 2020

Hectares of untilled gardens, overlooked verges, and unused parkland: these are the tools that cities can muster to make our food systems more sustainable and secure. This is the message of a recent study published in Nature Food, which shows that the city of Sheffield in the United Kingdom could feed a surprisingly large chunk of its population – 15% – by devoting just a small percentage of its available green space to fruit and veg farms.

The study, led by researchers from The University of Sheffield, found that there are 10,600 hectares of green space within the UK city, making up 45% of its total area. Some of that green space is made up of already-existing gardening allotments, while about 40% of it is occupied by household gardens. The researchers used Google Earth and ordnance survey maps to then show that a further 15% of that green space—made up by the likes of parkland and roadside verges—could potentially be used to grow food.

If Sheffield opted to farm all of this available area – meaning all the gardens, parkland, roadside verges, and existing allotments contained within that green space – there would be enough growing space to devote 98 square meters of land per each Sheffield resident to producing their daily fruit and vegetable needs. To put that number into perspective, presently commercial horticulture in the UK devotes just 23 square meters of land per head, which is enough to meet the country’s fruit and vegetable demands. This means that farming all of Sheffield’s suitable green space would far outstrip the local need for fruit and veg; in fact, it would provide enough to feed 709,000 residents, when the city only has about 518,000.

However, it’s not realistic to assume that all the available land would be freed up for farming: most people in the city wouldn’t be too keen to transform their gardens into mini-farms, for instance, nor could – or should – every inch of available parkland and urban forest be turned over to the pursuit of growing fruit and veg.

So instead, the researchers also came up with a much more conservative and manageable estimate, explains Jill Edmondson, environmental scientist at the University of Sheffield, and lead author on the study. “Using just 10% of the green space identified as suitable for growing fruit and vegetables in Sheffield,” – so, 10% of the land area contained in domestic gardens, verges, and parks – “could provide 12% of the population of the city on their ‘5 a day’ diets annually,” Edmondson says. That increases to 15% if you include allotment land that is already used for fruit and vegetable production, she explains. In other words, this sliver of urban land would be enough to feed 87,375 people.

Recommended Reading:
We’re running out of phosphorus for farming. Whales and other wildlife could build it back up

The researchers also looked beyond conventional ground-based farming, to consider rooftop farming in controlled environments like greenhouses. Sheffield has about 32 hectares of roofs that are suitable for growing food, the researchers calculated. That’s not a huge area, but the controlled conditions of rooftop greenhouses could, for instance, be used to grow high-density, high-yielding produce like tomatoes—most of which the UK currently imports from warmer countries.

In fact, only 16% of fruit and 53% of veg in the UK is grown in the country. This underscores the potential role cities can play in making food systems more local—and therefore also more sustainable and food-secure.

In this regard, Sheffield wasn’t just a convenient choice for the study’s researchers: the amount of green space in the city is similar to that in many other large urban areas across the United Kingdom, which makes the findings translatable to other cities – possibly in other countries, too. “Beyond the UK, many cities have considerable green space resource, and in addition have buildings that could potentially be suitable for growing crops using high-tech aquaponic or hydroponic systems,” Edmondson says.


At this particular time in history, the findings resonate for a different reason, too: the recent outbreak of Covid-19 has shown up the potential weaknesses in our food systems that need to be remedied. “This global pandemic has really exposed the vulnerabilities in our supply chains and our reliance on a global food system,” Edmondson says. “The potential to build resilience into, and to shorten supply chains for access to fruit and vegetable crops, is hugely relevant.”

This makes a powerful case for bringing more fruit and veg into local production across urban landscapes. But recognising the value of urban areas “will take both the realisation of their potential by both local and national policymakers, and a shift towards growing food amongst the people living in cities and towns,” Edmondson adds. So, perhaps now more than ever is a good time to pick up a spade, and transform that corner of lawn into a vegetable patch.