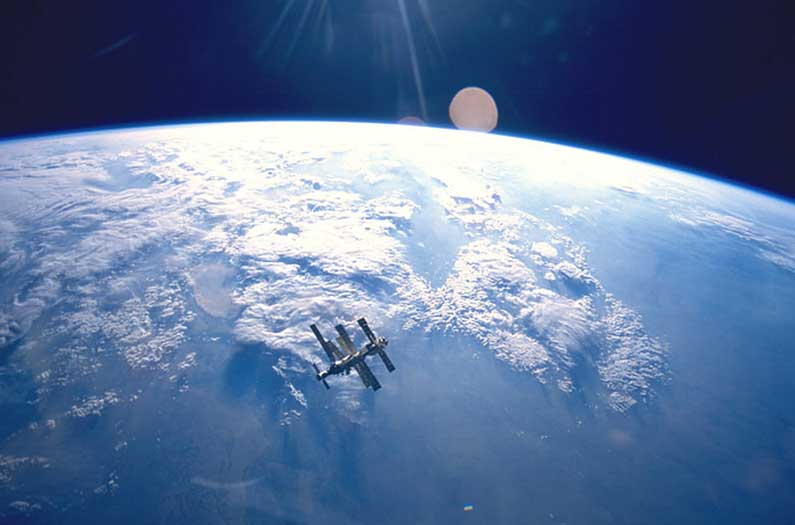 Satellites and AI team up to spot tiny ocean plastics

Satellite images don't have high-enough resolution, but this technique overcomes that limit to reveal plastic litter much smaller than a meter.
By Prachi Patel
April 23, 2020

Plastic debris floats around in the farthest reaches of the ocean. But finding it for cleanup isn’t easy. Now researchers in the UK have for the first time used satellite data to detect patches of tiny plastic pieces floating in oceans.

The method can identify plastics down to 5 millimeters in size, as detailed in their Scientific Reports paper. It can also distinguish between plastics and natural materials.

Millions of tons of plastic debris enters the world’s oceans every year. There it either floats on the surface or sink underneath. Marine animals can ingest or get entangled in the larger pieces. And over time, the plastics break down into tiny particles called microplastics.

Capturing plastics before they cause harm or get broken down is essential for keeping marine ecosystems healthy. Several ongoing and planned efforts plan to do that. But they require a way to reliably track plastic litter in the oceans.

Satellites, which circle the Earth repeatedly taking high-resolution images on a global scale offer the best way to detect plastics floating in the oceans. But even their resolution might not be good enough: plastic debris is much smaller than the smallest features that satellites can detect.

Lauren Biermann and her colleagues at the Plymouth Marine Laboratory have found a way around that by combining satellite data with artificial intelligence. They use data from the Sentinel-2A and 2B Earth Observation satellites, which were launched by the European Space Agency (ESA) in 2015 and 2017. The satellites have a spatial resolution of 10 meters, but they can detect multiple wavelengths of light.

So the researchers look for the visible and infrared light signals that plastic reflects. They use machine-learning algorithms to analyze the images pixel-by-pixel and see how much each pixel contains signals of different plastics versus natural debris.

The team tested their technique on satellite data from coastal waters in Accra, Ghana; the Gulf islands in Canada; Da Nang, Vietnam; and east Scotland. They were able to identify all the different materials present in floating patches of mixed debris including plastics, seaweed, seafoam, and wood. The method accurately classified plastics  86 percent of the time on average across the four locations, with an accuracy of 100 percent off the Gulf islands.

It should be possible to use this approach with drones and future high-resolution satellite missions, the researchers write in the paper. “Being able to detect marine litter close to land may aid clean-up operations before discarded items are exported, fragmented, or sunk below the surface of the water.”