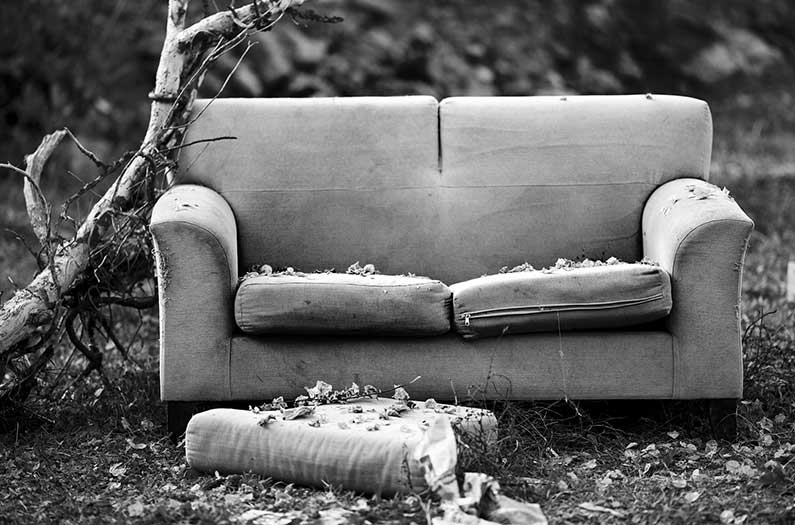 End of life planning . . . for foam furniture and insulation

Researchers have found a way to make valuable plastics out of hard-to-recycle polyurethane foams used in furniture and insulation.
By Prachi Patel
May 21, 2020

Old foam mattresses and furniture cushions are usually doomed for the landfill or an incinerator. But a new recycling technique reported in the journal ACS Central Science can convert those polyurethane foams into high-quality hard plastics and rubbers.

Those refurbished materials could find use in car bumpers, watch wristbands, and hard durable wheels for shopping carts and skateboards. “This could pave the way for industry to begin recycling polyurethane foam waste for many relevant applications,” said William Dichtel, a professor of chemistry at Northwestern University who led the work.

Polyurethane foam is notoriously difficult to recycle because of its strong chemical bonds that are hard to break. Unlike many other plastics, it cannot be melted and recycled. So it is often mechanically recycled by shredding into low-value fibers that can be used in carpeting. Upcycling polyurethane into higher-value materials would increase recycling rate and reduce the production of new polyurethane foams, which typically requires toxic chemicals.

Previous efforts to do upcycle foams have compressed it to remove air, but this results in material that is poorly mixed and can crack because some of the air remains trapped in the reprocessed material.

Dichtel and his colleagues started with commercial flexible foam used in furniture. They first shred it into small pieces which they soak in a catalyst solution. The catalyst-loaded foam becomes soft and supple, and does not spring back into its original shape.

Then the researchers pass the malleable foam between two intermeshed, rotating screws to grind, mix, and remold the foam. This twin-screw extrusion method improves mixing of the material and fully removes air.

The researchers hope that this work will inspire the development of a similar methodology for the recycling of other similar plastics that are difficult to recycle.