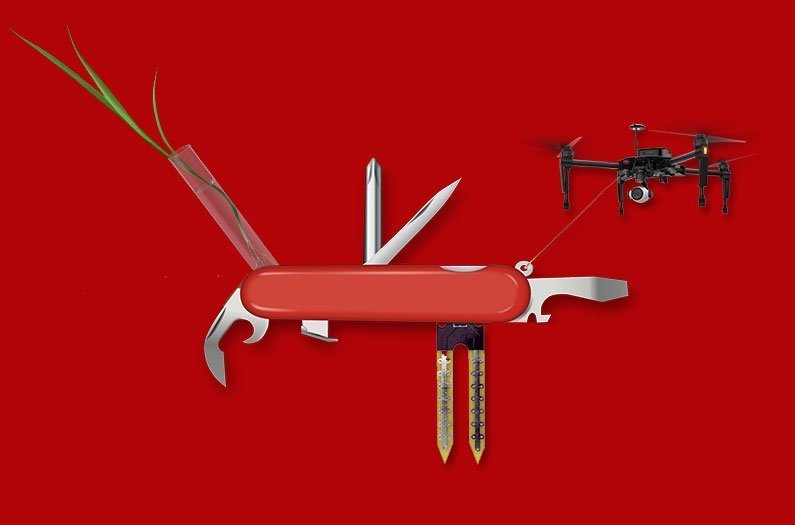 New agricultural technologies are swiftly being developed. But, they will need the right social, economic, and political conditions to truly take off.
By Emma Bryce
May 22, 2020

Artificial meat, nano-drones, self-fertilizing crops, and soil sensors: these are among dozens of the most promising emerging innovations that a team of international researchers have identified as the key to transforming our global food system—if we embrace them.

When we talk about reforming the food system, the conversation tends to revolve around the technologies we currently have within our grasp, and what changes those can bring about. But the current research, published in Nature Food, suggests that in order to achieve the huge transformations that are needed to actually make our food systems sustainable, we’re also going to have to look beyond the tools we have now, to future technologies.

By reviewing dozens of studies, the researchers identified 75 emerging technological innovations that could help us get to a more productive and sustainable food system. These would reform all stages of food production—from the growth of crops and rearing of livestock, to food processing, packaging, and distribution, to its consumption and waste. The technologies are also in various stages of development—some having recently been implemented, and others where research has only just begun. But the uniting feature is that each of these technologies has real-world potential.

Many are already starting to change our food systems and the way we eat – including some familiar innovations that have enjoyed the limelight in recent years. Those include plant-based meat replacements, vertical farming, and the production of insects and seaweed for human food and animal feed. Dozens of others are already in the prototyping stage: researchers are developing biodegradable coatings on fresh produce to to slow decomposition and reduce food waste; others are working on microchips that can make produce fully traceable and share information about its environmental footprint. And robots are making a trial appearance on farms, where they’re helping to improve yields.

At the other end of the spectrum, there are freshly-emerging innovations that are further away from the field—and yet, crucially, all have a mounting body of research behind them. Some examples are crops that are being engineered to photosynthesize better, or to be more resistant to heat and drought. Meanwhile, nano-drones no bigger than a few centimetres are being developed to apply precise, targeted doses of pesticides and fertilizer.

And yet, in truth, the biggest challenge doesn’t lie in the actual development of new technologies—which is clearly well underway. The much larger task the researchers identified in their study is how to create the right social, political, and economic conditions in which these technologies can succeed, so they can have maximum impact.

The researchers drew attention to this issue by laying out the conditions that would be needed to support innovation in the future. A huge part of that is increasing education and dialogue around these new technologies—therefore boosting trust and acceptance in the new food systems and products they will create. Without social support, they cannot thrive.

The other half of the challenge is generating enough economic support to bring these technologies to market. A lot of that will mean creating the right conditions to encourage investment—for instance, getting governments to draw up policies that protect companies’ interests when they invest in new and potentially risky technologies. What’s more, there need to be subsidies and other incentives to help encourage research, innovation, and development, in the first place. Some technological innovations will also need longer-term funding in cases where the research unfolds slowly—as in the case of developing climate-resilient crops.

Clearly, it will be a huge global task to create the conditions needed for these technologies to truly take hold—with another huge challenge being to distribute these benefits as fairly as possible across the globe, if and when they do become a reality.

But by the researchers’ logic, our future food systems will be hugely dependent on innovation, so accomplishing this task will be crucial, and ultimately, worth it. And with so much innovation already at our fingertips, they believe now is the time to take a bold step and start revolutionising the way we produce food. “We have come to a point where business-as-usual is not an option,” they say.