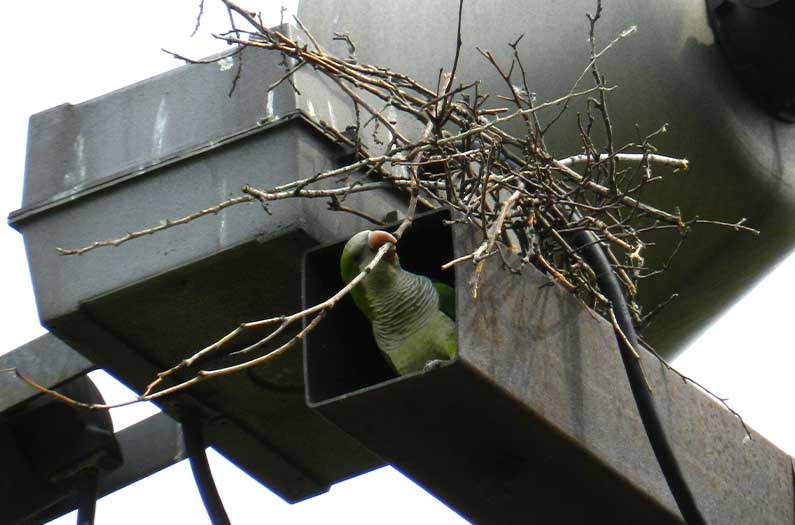 City species are evolving — and conservation plans should evolve with them

Plants grow on sidewalks, ants thrive on heat islands, and frogs can live in runoff ponds. We may need some new protocols, too.
By Cara Giaimo
June 10, 2020

Crepis sancta, or hawksbeard, is a yellow-flowered plant common across the northern hemisphere. These plants have a dual reproductive strategy: some of their seeds are small enough to travel far away on the wind, while others are large, and drop right next to their parents.

At some point, hawksbeard plants began popping up in cities, settling in street tree patches and cracks in the sidewalk. When the city plants flung their seeds far away, they often landed on unforgiving concrete. But when they dropped them nearby, the seeds could find purchase in those same sidewalk cracks. So the plants evolved — a 2008 study found that urban hawksbeards now produce more large, nondispersing seeds than their rural counterparts do.

It’s not just hawksbeards. As the urban landscape expands, many living things are finding new niches in the city: bats in Austin are swapping caves for bridges, foxes are denning under garden sheds in London, and tiny acorn ants in Cleveland are evolving to withstand vertiginous temperature swings. In a recent paper in Nature Ecology & Evolution, two researchers shine a spotlight on these understudied landscapes, and lay some of the challenges involved in managing species that, in some cases, seem to be changing before our eyes.

When a species ends up in a city, one of four things can happen, says Max Lambert, a wildlife biologist at the University of California, Berkeley and one of the paper’s authors. The individuals can find themselves inherently well-suited to their new environment, and thrive there. (This is what happened with pigeons, who now treat tall buildings like the the rocky cliffs they evolved around.) They can change some of their behaviors in order to fit into the urban landscape — like coyotes and raccoons, who have learned to cross roads and eat from dumpsters. The species can evolve, becoming more suited to the city over generations, as with those hawksbeards. Or they can flounder, and either leave or die out.

Those species that fall in the middle — the ones that shift their habits or evolve over time — are fascinating. But they’re also hard to plan around. For example, conservation biologists often try to help species of concern by providing them with habitats that resemble where they usually live. But “we now know that species are fundamentally changing while they’re in the city,” Lambert says. “The kind of habitat we’re creating for them might not always be what they need down the road, or even currently.”

What’s more, certain species might be able to handle more than we give them credit for. Lambert has teamed up with the City of Portland and the City of Gresham to study red-legged frogs that have moved into a few of the cities’ stormwater ponds. The ponds are polluted with runoff — but after generations, the frogs seem pretty happy there anyway.

Lambert and his colleagues are currently trying to figure out whether the frogs have evolved to tolerate their new environment. If they have, they could hypothetically be used to start “hundreds of new red-legged frog populations” in other runoff ponds, he says. (Of course, starting those new populations with just a few frogs could bring up new, genetic problems for them, and translocating them could have detrimental effects on other species — just two of the many considerations conservation managers must take into account.)

We still have a lot to learn. It’s only recently that many biologists began thinking about cities as fruitful spaces for conservation at all. For much of the discipline’s history, the focus was on supposedly untouched areas.

“If that’s your mindset, you’ll never view cities as worthwhile, because they’re obviously not going to be pristine nature,” says Lambert. Instead, they’re something else worth studying and stewarding: dynamic ecosystems, made up of “species assemblages that have never existed elsewhere in space or time,” as the authors write.

Plus, Lambert adds, urban environments are full of one particular animal that loves to understand the world: people. When conservation science happens in the city, “more people than ever can actually be part of it,” he says — watching “evolution happening in real time, in their own backyard.” Or even in the cracks in the sidewalks.