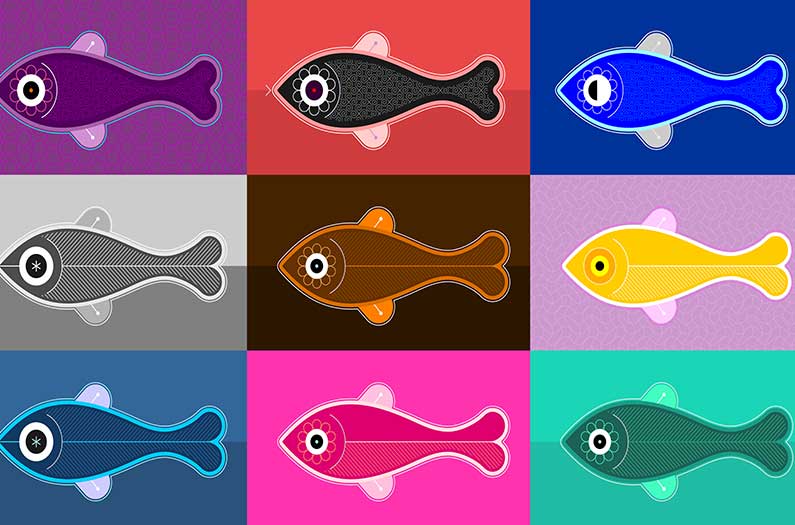 CRISPR has revolutionized medical research. Will conservation biology be next?

Conservation biology is plagued by cases of mistaken identity. Salamanders that look exactly the same turn out to live a continent apart. A group of seemingly homogenous eels is actually two different types. New species of fungi hide in plain sight, disguised as ones we know well.

So in 2017, when California Department of Water Resources animal scientist Melinda Baerwald read about a tool that could quickly differentiate between similar viruses and bacteria, “I just thought, oh my gosh,” she says. The tool, called SHERLOCK, was developed by biochemists, and uses CRISPR technology, which has already revolutionized medical research. Dr. Baerwald thinks it could have a similar effect on conservation biology by enabling fast, low-cost species identification in the lab or in the field. In a new paper in Molecular Ecology Resources, Dr. Baerwald and colleagues describe how they used the technology to build tests that can differentiate between species doppelgängers.

Dr. Baerwald and her colleagues used SHERLOCK to develop two slightly different identity tests. Both rely on CRISPR’s ability to recognize particular segments of DNA, which allows the tests to answer yes or no questions: not “What kind of bear is this?” for example, but rather, “Is this a polar bear?” The first type of test, which is done in a tube, involves a reagent that fluoresces when it comes into contact with the target DNA, and takes about 20 minutes. The second requires less equipment, and works more like a pregnancy test—a positive identification shows up as a band on a test strip—but takes slightly longer, and is a little more expensive.

They then tested the tools on three species of fish: delta smelt, longfin smelt, and wakasagi. All three look quite similar at the larval stage—translucent and wriggly—and all three live in the San Francisco Estuary, where they are frequently mistaken for one another. (A 2018 study found that 27% of supposed wakasagi sampled during a monitoring survey were actually delta smelt.) But the delta smelt is federally threatened and the longfin smelt is endangered in the state of California, while the wakasagi is an introduced species without any special protections.

After using them on dozens of samples of fish whose species had been determined by other means, the team found the tests achieved “100% species specificity”: delta smelts always ID’d positively as delta smelts, longfin smelts as longfin smelts, and wakasagi as wakasagi.

They are also easy to use in the field. Currently, if you want a quick and reliable ID result, you generally have to send a sample to a lab, where testing can be expensive and often takes at least a day to complete. Dr. Baerwald says. These tests take less than an hour, and could provide the ability to make “close to real-time decisions” at a much lower cost, she says.

This will be quite helpful to the Department of Water Resources, which needs to differentiate between these species in order to make sure too many protected fish don’t end up pulled into water pumps, Dr. Baerwald says. But she can imagine it proving useful in many other situations, too: to fight wildlife trafficking by quickly IDing rare species, for example, or to make identifications while out in the field.

The team is still working on refining the tests, hoping to provide an option that is quick, inexpensive, easy to use, and non-invasive. Of course, species identification is just the first step in conservation—once you figure out what something is, you still have to work hard to protect it, as evidenced by the fraught story of the delta smelt.

But Dr. Baerwald is excited to see where this innovation leads, and happy that conservation biology can benefit from an advance originally pioneered in a different — and better-funded—sphere. “You can cross technologies from one field into another,” she says. “That is a really powerful thing to do.”