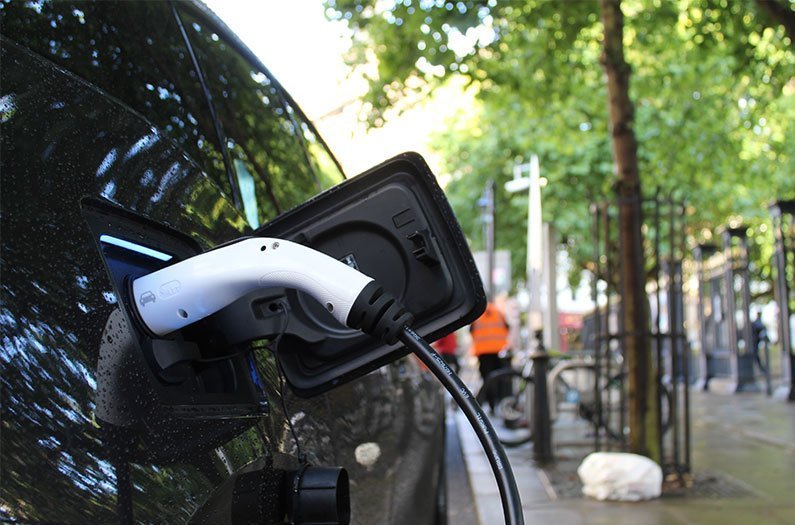 Slashing carbon emissions will require something drastic like the pandemic lockdown on a more permanent basis, and a switch to all electric cars could be that step
By Prachi Patel
June 11, 2020

By the end of this year, the Coronavirus pandemic lockdown will probably lead to global carbon emissions plunging by 8 percent this year. But this steep drop is, of course, temporary. And it also points to the drastic, disruptive steps we need to take to tackle climate change.

But researchers say a similarly large carbon emissions dip would be possible by switching all cars to electric. In a new peer-reviewed analysis presented at a conference, the team of researchers from Nottingham Trent University and the University of Aberdeen in the UK report that if the UK’s cars went entirely electric its total carbon emissions would be cut by almost 12%.

Electric cars still make up only a very small percent of the total number of cars sold in the UK and around the world. And skeptics shroud them in doubt of whether they really are greener than petroleum-fueled cars once emissions from production and electricity generation are taken into account.

Turns out, electric vehicles do produce slightly more carbon than conventional cars because of their batteries. But it’s the driving, not manufacturing, that create the biggest difference in carbon footprint, the researchers say.

They started with the average distance a car drive in the UK every year, and calculated how much carbon emissions per mile diesel, petrol and electric cars would produce given their respective market share. Comparing this to the emissions that would be generated if all cars were to become electric, they found that the switch would dip emissions by 14 percent.

But there would be 2 percent added emissions due to the electricity generated with the current mix of fossil fuel and renewable sources in the UK. So the net emissions reductions due to a full vehicle fleet electrification would be 12 percent.

Source: George Milev, Astley Hastings, Amin Al-Habaibeh. Investigating The Effect of Expanding The Use of Electric Cars On The Environment: A Case Study From Scotland. The International Conference on Energy and Sustainable Futures (ICESF) 2019.