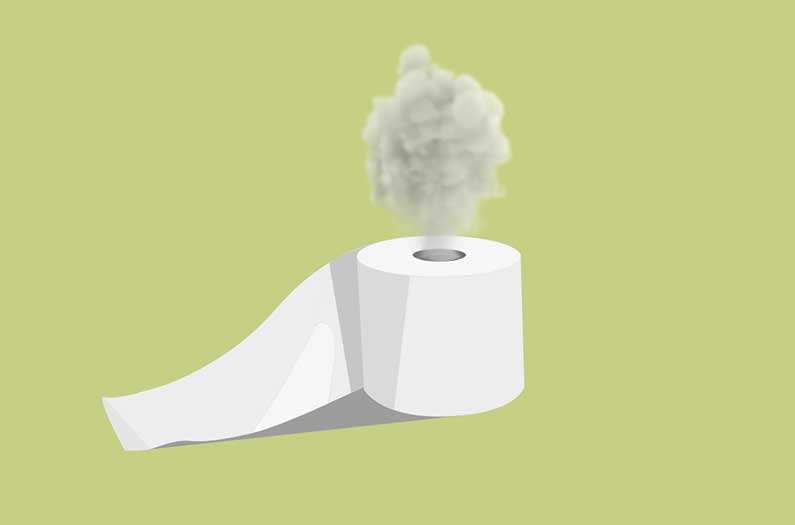 What to do about greenhouse gases from poo

About 4.5 billion people, especially the 1 billion who live in urban slums around the world, lack access to safe sanitation facilities. In these communities, untreated fecal matter often winds up in pit latrines, ponds, or open sewers.

This is a massive human health hazard and a barrier to sustainable development: lack of sanitation contributed to more than 870,000 deaths in 2016. It’s also a climate risk, because the way waste breaks down in pit latrines and similar facilities produces a lot of methane and nitrous oxide, which are powerful greenhouse gases.

But a fairly low-tech approach to composting this waste could slash its greenhouse gas impact, a new study shows. Composting would also help cut down on cholera and other diseases that are spread through poor sanitation.

Researchers conducted field experiments at a human waste composting facility near Cap-Haïtien in northern Haiti. The facility is operated by Sustainable Organic Integrated Livelihoods (SOIL), a non-governmental organization that provides and services more than 1,000 composting toilets in the area.

SOIL collects the toilet containers on a weekly basis and brings them to a centralized facility where the waste is composted in three stages: first in bins (where temperatures reach above 55 °C, hot enough to kill the eggs of parasitic flatworms and human fecal bacteria such as E. coli), then in piles that are turned every 2 weeks to aerate them, and finally in windrows where the compost cures for 2 to 4 months before being bagged for sale as a soil amendment.

In fact, composting results in methane emissions one to two orders of magnitude smaller than other waste disposal methods common in low-resource countries, the researchers report in Nature Climate Change. However, nitrous oxide emissions from composting are higher.

On balance, that makes the climate impact of composting waste about 20-fold lower than that of open sewers and 27-fold lower than pit latrines, the researchers calculated.

Accounting for emissions from transportation to the central composting site, composting has the potential to reduce greenhouse gas emissions by the equivalent of 126 kg of carbon dioxide per year for each person currently using pit toilets and similar waste disposal methods. Sanitation services could potentially sell carbon offset credits based on these greenhouse gas savings, the researchers suggest.

If all people living in slums around the world had access to waste composting, this would reduce the global sanitation sector’s methane emissions by 13-44%. The sanitation industry is estimated to be responsible for about 2-6% of global methane emissions and 1-3% of global nitrous oxide emissions – not an enormous percentage, but combined with the human health benefits it all adds up to a pretty compelling argument in favor of composting #2.