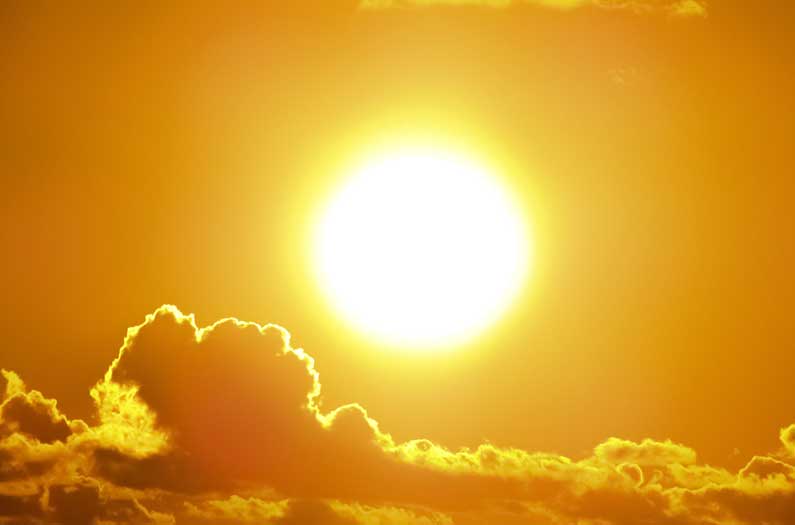 The high-efficiency system promises a way to capture the full spectrum of sunlight for a low cost.
By Prachi Patel
July 23, 2020

A new hybrid device captures the sun’s energy and converts it into both electricity and steam. The technology offers a way to capture the full spectrum of sunlight for energy. And compared to similar hybrid converters that others have made before, the new system is compact, has a high efficiency and low cost.

The prototype device, about 5 feet by 6 feet in size, could produce heat at a price competitive with market prices for natural gas-based heat in many locations, researchers report in the journal Cell Press Physical Sciences.

Solar panels are the most common way to harvest solar energy and produce electricity. But solar thermal systems are another way to do that. These systems use large lenses or parabolic mirrors to focus sunlight on a fluid. The heated fluid can either be used directly for space heating or can be used to generate steam that can spin a turbine to produce electricity.

But there has been rising interest in combined heat and power systems recently “to maximize system efficiencies and reduce operating expenses,” the researchers write. One way to do that with solar energy is by placing solar panels and thermal systems side by side, but that would consume tremendous amount of space.

So the team from the University of San Diego and Tulane University made a single device that combines solar photovoltaic and thermal technologies. The hybrid converter looks like a satellite TV dish, with a receiver device suspended over a parabolic mirror that is 2.72 square meter in area.

The mirror tracks the sun, collecting the sun’s rays and focusing them on the receiver. In the receiver, high-efficiency multi-junction solar cells absorb the visible and ultraviolet light waves and generate electricity, but also channel infrared light further up on to a thermal receiver that produces high-temperature heat.

Over a period of 18 months, the research team tested the device on the roof of the University of San Diego engineering school building. Results showed that the system has an efficiency of 85 percent and delivered steam at up to 248°C.

An economic analysis using regional commercial natural gas and electricity pricing, policies, and solar resources around San Diego, California showed that the cost of electricity from the hybrid device would come in at about 3 cents per kilowatt hour, around 6 percent lower than the local natural gas prices in 2019.

The researchers also analyzed how the system would fare in areas with excellent solar resources and high energy costs: Australia, Chile, India, and Spain. They found that the technology could provide solar heat and power comparable with current natural gas prices in all cases, and would be cheaper than natural gas in the case of Australia.