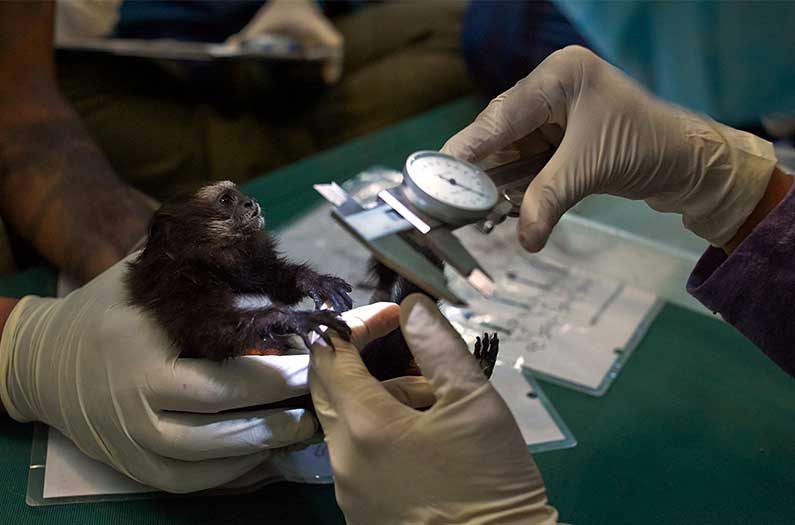 How to catch pandemics before they happen?

Researchers propose a decentralized screening system that could keep an eye out for zoonotic outbreaks.
By Cara Giaimo
July 15, 2020

Covid-19 has brought zoonotic diseases into the spotlight. To reduce the risk of future pandemics, some have proposed stringent laws designed to minimize contact between wild animals and humans: total bans on wildlife markets, for example, or crackdowns on wildlife trade.

In a new article in Science, a group of researchers propose a different tack: A “decentralized disease surveillance system,” designed to spot potential zoonoses before they spread. By combining our knowledge about pathogens and spillover hotspots with increasingly accessible disease screening technology, the authors argue, we can build a network of testing sites that lets us get ahead of pandemics — without committing to unrealistic legislative change, or risking driving the most affected communities underground.

More than half of new infectious diseases are zoonotic. HIV, Ebola, Lyme disease, and the bubonic plague all started as animal viruses before jumping to humans. As humans encroach increasingly on wild habitats — razing forests to build condos, digging up steppes to mine for minerals, or bringing poached animals out of caves and jungles — the risk of interspecies transmission grows. In the past 20 years, three separate coronavirus outbreaks have been traced back to animals: Middle East respiratory syndrome, or MERS, likely jumped to us from camels, and severe acute respiratory syndrome, or SARS, from civet cats.

SARS-CoV-2 likely originated in bats. But it’s unclear how exactly it made its way to people — partly because “to date there are no international or national conventions on pathogen screening associated with animals, animal products, or their movements,” the authors write.

Thanks to zoonotic disease researchers, we know more and more about pathogens that could potentially lead to pandemics. Bat researchers frequently monitor populations for novel coronaviruses, and just last month, scientists in China announced the discovery of a new type of swine flu.

We also know where spillover events are likely to happen. Wildlife markets, as places where wild animals, domestic animals, and people closely mingle, are hotspots for potential zoonoses. The international wildlife trade also brings humans and wild creatures close together. Even scientific research could hypothetically lead to pathogen transmission.

But this knowledge hasn’t yet turned into action. Wildlife markets don’t have areas for vendors or customers to screen for diseases. “Only a few countries use strict veterinary import controls,” the authors write. And researchers who would like to test their specimens often can’t, one of the paper’s authors, postdoctoral research associate Gideon Erkenswick, pointed out in a press release.

“Bridging the gap between research and response is critical,” the authors write. Over the past decade, technological advances have made screening tools smaller and more cost-effective. Public health officials have set up mini-labs to monitor viruses like Ebola and Zika. A similar screening station could be integrated into a wildlife market: As each vendor entered, the screeners could take blood or fur from an animal, run it through a whole-genome sequencer, and test the genome against a list of known sequences that indicate disease.

Such decentralized screening centers would “empower local wildlife and public health professionals to test for diseases year-round,” the authors write. In their vision, these are complemented by “a publicly accessible, centralized, curated system for monitoring pathogens,” which could synthesize the information gained from local centers, serve as a database to test against, and alert experts to possible mutations and other events of concern. Such global repositories already exist for particular virus types, including influenza, the authors point out.

It’s a tall order: As our struggles to implement mass covid-19 testing have shown, even a seemingly straightforward task like setting up screening centers can be quite difficult. But hopefully we’ve learned another lesson, too: taking action to prevent a global pandemic is much, much easier than going through one.

Image: A juvenile saddleback tamarin is measured as part of an annual health check of a population of three primate species in southeastern Peru. ©Ishaan Raghunandanervice