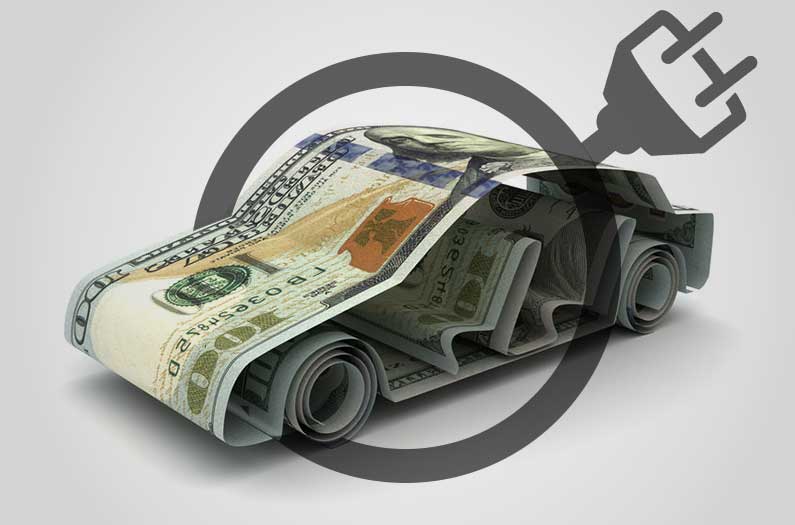 Depending on which state they live in, car-owners can save thousands of dollars on fuel costs if they go electric
By Prachi Patel
July 9, 2020

Electric cars could help you save some green as you go green, new research shows. Driving an EV could save owners as much as $14,500 on fuel costs over 15 years instead of driving a similar car fueled by gasoline, according to the analysis published in the journal Joule. But the savings depends on the state motorists live in.

EVs make up about 5 percent of the global car market today. That number is expected to increase as the price of EVs drops. But there’s more to a car’s cost than sticker price. EVs have minimal maintenance cost because they have very few mechanical components as compared to traditional gasoline cars. And of course they do not require filling up at a gas station every week. So their lifetime cost is driven by how much it costs to charge them?

Researchers led by Matteo Muratori of the National Renewable Energy Lab calculated these costs in detail based on where, when, and how the car is charged. They compared this cost of charging with the price of gasoline over a vehicle lifetime of 15 years. They considered vehicles of the same class and size that were driven the same number of miles per year.

The cost of charging depends heavily on the price of electricity, the type of equipment used, installation cost, and the number of miles driven. Using a public charging station, for instance, can be expensive, whereas at-home charging is a cheaper option, especially if people wait until the evening hours when electricity prices are lower.

On average, charging an electric car costs 15 cents per kilowatt-hour (kWh). Depending on the state, the charging cost could range from 8 cents/kWh to 27 cents/kWh. If drivers chose the most expensive charging option, in four states—Alabama, Hawaii, Mississippi and Tennessee—it cost more to charge an EV than it did to use gasoline. Choosing the least expensive charging option led to the largest lifetime savings of $14,481 in Washington State.