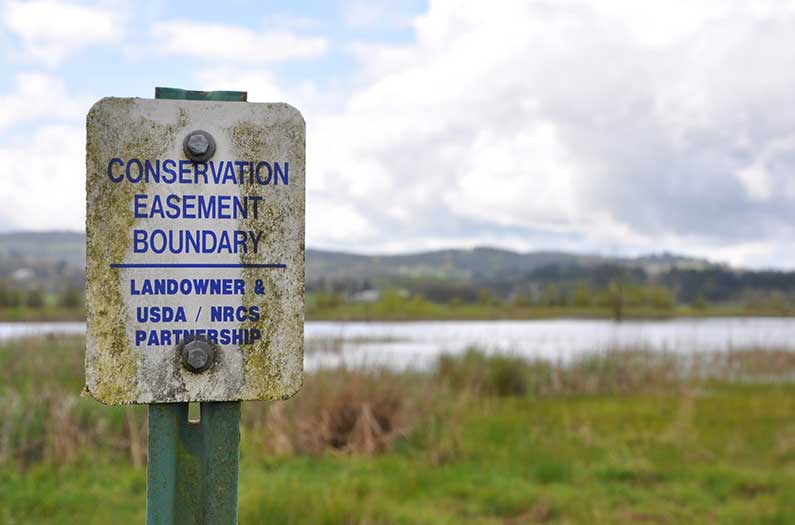 A recent study found that protecting America's undeveloped, privately held lands could push all of the country's endangered mammals, birds, amphibians and reptiles past a crucial habitat threshold.
By Cara Giaimo
July 29, 2020

America contains acres upon acres of undeveloped, privately held land. Nothing has been built on this land, and no one is farming it or living on it. Its owners might have set it aside as an investment, or for future ventures, or just in case.

But a recent paper in Scientific Reports suggests another effective use for all these acres: leave them alone, in order to help protect some of the country’s rarest animals.

The United States is home to 160 species of endangered mammals, birds, amphibians and reptiles. “Just like every person needs a home, all of these species need a home,” says John P. Draper, a PhD candidate at Utah State University and an author of the new paper. This need is often best met by a protected area, which can offer respite from hunting, habitat destruction, and other human activities. Other studies have suggested that for a species to persist in the wild, 30% of its range has to be protected (a rule of thumb that of course varies depending on the species and context).

The United States is full of national parks, conservation land, and other areas where these species could hypothetically live in relative safety. But a lot of these protected areas weren’t created with biodiversity in mind. Instead, Draper says, they were more often geologically important, aesthetically beautiful, or simply “still on the federal books” after the end of the Homestead Act.

So the set-aside space doesn’t necessarily overlap with where at-risk species actually want to live—places with the right food, shelter and climatic conditions. In their analysis, the researchers found that in 80% of regions that include endangered species, including much of the Western and Central U.S., “protected areas offer equal or worse protection than if their locations were chosen at random.” Past studies have also found this to be true in Australia, Canada, and Laos.

What’s the solution? First, we should protect more federal and state public lands, the researchers say. Doing so would “increase the number of at-risk species that have 30% of their range protected.” If we extended protected land status to parts of the Payette National Forest, for example, the Northern Idaho ground squirrel’s protected range percentage would jump from 1.9% to 53.3%.

Read:  Baker’s yeast may be the unexpected solution to beer’s sustainability problem

But many would still fall by the wayside, including such iconic species as the Floria panther and the Mexican spotted owl. So the other thing we have to do, the researchers say, is bring more private landowners into the mix. For instance, undeveloped private land can be turned into conservation easements: property owners agree not to interfere with the area, in exchange for a tax break or other economic benefit, alongside the less quantifiable rewards that come from doing something good.

With this strategy, all of the endangered mammals, reptiles, amphibians and birds in the U.S. could have at least 30% of their ranges protected. Draper calls this a “yes and” approach. “Our public lands are working, but they need help,” he says.

Currently, most of the conservation easements in the United States are essentially partnerships between landholding individuals and NGOs or the government. Future research should focus on getting more of all of these groups on board, says Draper: “What is it that a landowner needs to be committed to a conservation easement program, and how do we go about maximizing the cost effectiveness?” (We should also probably work on the current easement system’s transparency issues.)

But if people knew how helpful their fallow acres could be, it might affect their plans for them. When most people buy or keep land, they’re thinking of the future—what they might build there, who they could someday give it to, or how much they could sell it for. Using it to help wildlife can survive is an equally worthy investment.