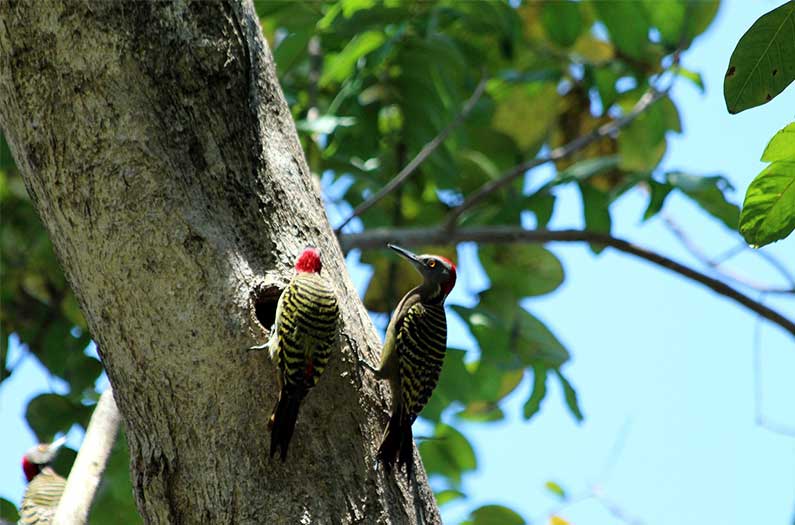 Ideas that we now take for granted can take a very long time to come into vogue.
By Cara Giaimo
July 8, 2020

A hardy tree can lose branches in a windstorm, get hollowed out by insects and birds, or even be split by lightning and remain standing. Although such trees are not necessarily alive themselves, they’re almost always full of life: they may be roosts for bats and marsupials, nut hideouts for squirrels and woodpeckers, scaffolds for moss and bryophytes, or sap dispensaries for insects and fungi. Many conservationists advocate for protecting these multi-use structures, colloquially called “snags” and known to ecologists as “habitat trees.”

But they didn’t always. A new paper in Conservation Biology traces some of the history of habitat tree protection, showing how ideas that we now take for granted can take a long time to come into vogue, and into widespread practice.

According to the authors, the first known written call to save habitat trees came in 1819, from a little-known German forest scientist named Karl Friedrich von Sponeck. Knowing how his advice might be received, von Sponeck framed such trees as a kind of necessary ugliness. “It may seem strange to many people that it is advised to conserve old hollow trees,” he wrote. “But for a certain period, they will certainly prefer to find some deformed, old hollow trees in the forest than to see thousands of younger, more beautiful trees dying back.”

Over the course of the nineteenth century, as people became more concerned with the welfare of birds—especially insect-eating ones, which were considered particularly useful — this idea spread somewhat, the authors write. In the 1860s, one German ornithologist, Constantin Wilhelm Lambert Gloger, “demanded that all German governments instruct forest officers not to cut down hollow trees,” and called for the planting of species, like oaks, that would likely become hollow in the future, the authors write. (Indeed, Gloger was so devoted to hollow trees, he tried to copy them: he was one of the first people to put up bat boxes.)

In Central Europe, this idea received a lot of pushback from forest managers, who were concerned that keeping habitat trees standing would reduce the health of the forest overall. But there were stealthy champions in their ranks: there’s evidence that some employees preserved such trees “clandestinely, against the instructions of their supervisors,” the authors write.

By the late 1800s, the authors write, a certain amount of respect for hollow trees had spread across Europe and to the United States. In the early 1900s, American hunters and trappers “frequently called for the conservation of den trees” that housed their target animals. A few ecologists also started looking into who exactly lived in habitat trees. But through the 20th century, chopping down so-called “faulty trees” was still the order of the day in many parts of the world, including Australia, India, Europe, and the United States, the authors write. Even “veteran trees”—enormous old trees whose cultural impact matches their ecological one—started to lose standing as timber production became more and more efficient.

It wasn’t until the 1970s, as the idea of conservation for its own sake began to gain prominence, that the idea of protecting such trees went mainstream, the authors write. The term “habitat tree”—a successful rebrand—appears to have been coined in the late 1970s, by foresters in Australia. In the decades since, ecologists have investigated “the previously neglected importance of habitat trees for the conservation of species groups,” from tiny sap-eating beetles to large endangered mammals like sun bears.

Now, habitat tree preservation is a vital part of conservation plans both statewide and backyard. Urban arborists even create them, often out of trees that might otherwise be cut down.

As the authors point out, this was a slow burning idea: “It took nearly 200 years to widely implement the trend-setting ideas of far-sighted 19th-century foresters and natural scientists who called for the protection of habitat trees,” they write. And that timeline is almost certainly too short: Hollow trees have played important roles for much longer in indigenous societies from North America to Australia.

It makes you wonder: What are we totally overlooking now that, in a few centuries, we’ll wish we’d kept around?