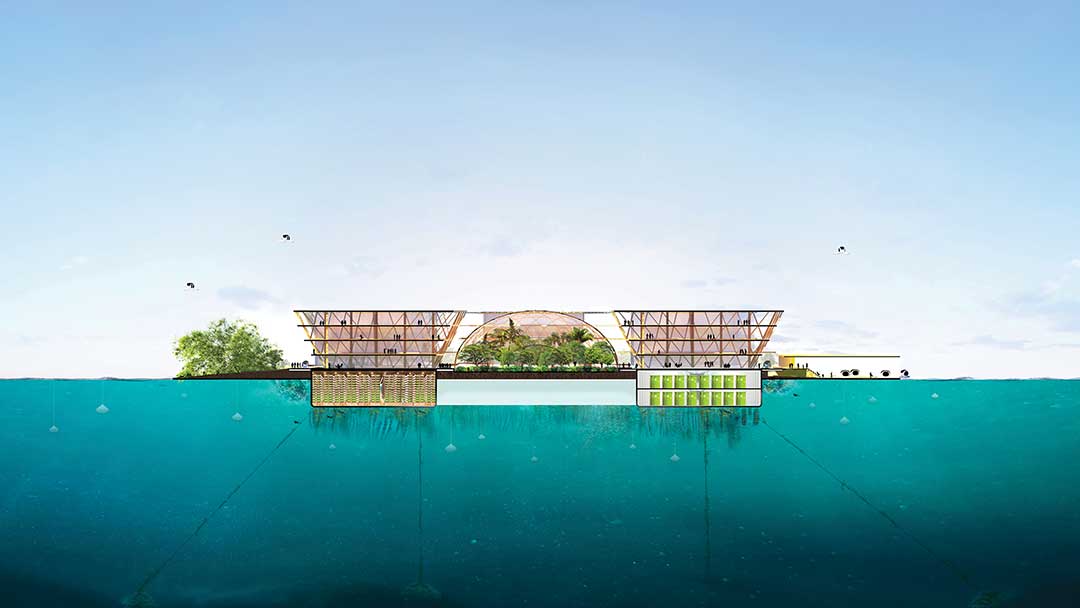 
Last April, the United Nations Human Settlements Programme (UN-Habitat) convened scientists and visionaries at a high-level roundtable to discuss an ambitious, if contentious, solution to the threats of climate change—sustainable floating cities.

The proposal, dubbed Oceanix City by Oceanix CEO Marc Collins Chen, is a scalable floating settlement designed to house 10,000 residents and generate all of its own energy and food on site.

Sound familiar? Although the idea of floating cities as an answer to rising sea levels is relatively new, the concept of settling the high seas is anything but.

Visions of marine utopias have existed for well over a century, surging in popularity during the 1960s with high-profile designs such as R. Buckminster Fuller’s Triton City and Kenzō Tange’s Tokyo Bay Plan. Never realized, those ideas have long been dismissed as the stuff of science fiction.

In 2008, American libertarian Patri Friedman, grandson of the free-market economist Milton Friedman, rebranded the concept as “seasteading” in pursuit of libertarian ideals. Along with engineer Wayne Gramlich, Friedman co-founded The Seasteading Institute (TSI), a nonprofit think tank for the promotion and creation of autonomous floating settlements in inter-
national waters—where citizens would be free to experiment with new forms of government. Despite a few promising starts and a $1.7 million investment by PayPal founder Peter Thiel, however, seasteads have failed to move off dry ground. 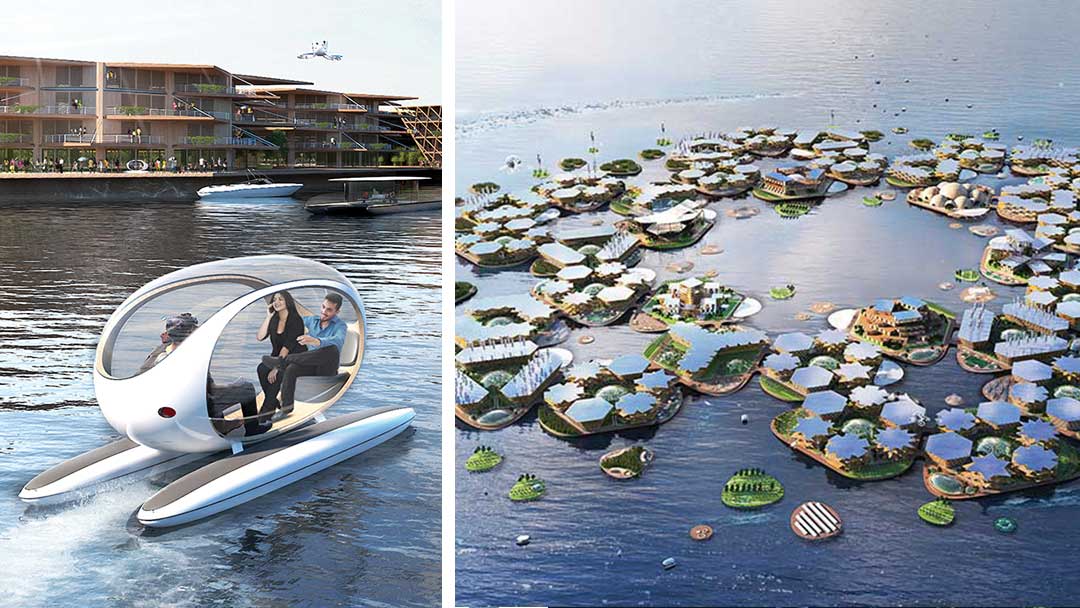 Modularity is a key feature of the customizable design. Six combined modules form a “village,” while six connected “villages” add up to an Oceanix City of 10,000 residents. 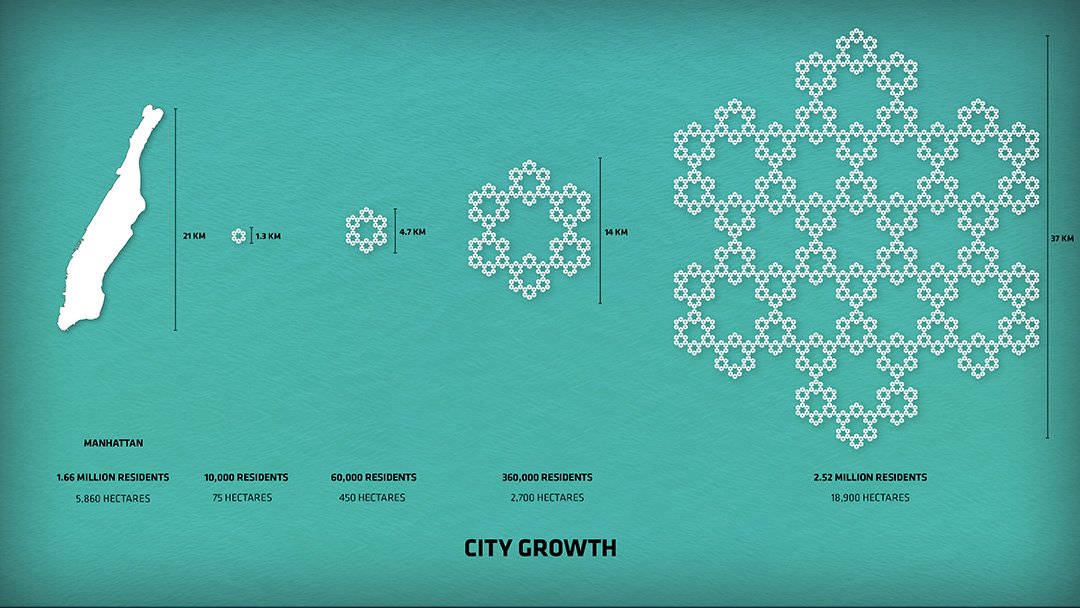 But Chen claims that Oceanix City will be different, partly because of lessons he’s learned from working with TSI. During his time as Tahiti’s minister of tourism, Collins Chen helped connect his native French Polynesia with TSI to establish a self-sufficient floating city within the territory’s Special Economic Zone and to test its viability as a climate-change solution. After both parties signed an MOU in early 2017, Collins Chen co-founded the Blue Frontiers company to develop and construct The Floating Island Project.

Mounting opposition from Tahitian locals to what appeared to be a floating tax-free haven for the wealthy, however, ended government support for the project in 2018. Borrowing elements from the failed project, Collins Chen moved on to found the floating cities company Oceanix, which he says will be free of the political baggage that sank the French Polynesian prototype.

Unlike TSI’s autonomous libertarian utopias, Oceanix settlements will be floating extensions of host nations and subject to government rule. Most importantly, he adds, Oceanix City is being developed with a focus on egalitarian principles and environmentalism, rather than governmental reform and a bias towards the wealthy.

Oceanix has put together an impressive team—including MIT scientists and Danish architecture firm Bjarke Ingels Group—to develop designs based on TSI’s principles of modularity and self-sufficiency. Created to withstand extreme climate events such as Superstorm Sandy, an Oceanix City comprises hexagonal modules constructed from hollow concrete caissons that buoy the “flood-proof” city upwards in the event of rising waters.

Since the company will market the Oceanix City concept to governments worldwide, modularity is a key feature of the customizable design. Prefabricated off site, the 4.5-hectare floating platforms, which house 300 people each, can be joined together in a variety of configurations, with modules added or subtracted as needed. Six combined modules form a “village,” while six connected “villages” add up to an Oceanix City of 10,000 residents.

In reframing floating cities as a climate-change solution, Oceanix has earned support from the UN. Packed to the gills with sustainable tech—from locally grown food to water-to-energy plants, Oceanix’s floating city redesign promises zero-waste, self-sufficient living. One notable example is the unique application of Biorock to anchor the settlements while simultaneously creating artificial reefs for marine ecosystem regeneration. Developed in the late 1970s, the mineral-accretion technology uses electric currents in seawater to crystallize dissolved minerals into heavy limestone coatings that are two to three times stronger than ordinary concrete.

Beneath the platforms are farming operations for seaweed, oysters, mussels, scallops, and clams, as well as Biorock artificial reefs for marine habitat. ©OCEANIX/BIG-Bjarke Ingels Group

But Oceanix’s beautiful renderings and eco-friendly projections still bump up against looming questions that doomed past floating cities. Chief among these is technical feasibility. Although the company has cited the technology of modern floating structures such as cruise ships and aircraft carriers as proof of floating-city feasibility, the many component parts of Oceanix City, particularly the self-sustaining elements, have yet to be combined and tested on a city-sized scale.

Another question is cost. Joe Quirk, who co-founded Blue Frontiers alongside Collins Chen and serves as current TSI president, had estimated the initial costs of their ultra-modern seasteads to be on par with the most expensive real estate in the world, rivaling that of New York City and London. While Oceanix declined to share internal figures, they said affordability is a major goal.

The company’s inability to answer questions of technological feasibility and effects of economic inequality on access may be unsatisfying, but that’s precisely the reason why, they say, they’re steamrolling ahead to establish and study a working prototype as soon as possible.

Oceanix is currently in ongoing talks with over 10 cities to determine where the first prototype will be located. Collins Chen demurred on sharing which region was most likely to host an Oceanix City but noted with high confidence that an announcement will be made in the first half of 2020. Given that the company is headquartered in Hong Kong, we wager that the wealthy, land-strapped coastal cities in the South China Sea are the most likely to onboard the first prototype.

Until then, we’ll have to wait and see whether Oceanix’s good intentions will hold water and—most importantly— whether, if successful, Oceanix will be a climate-change solution that at-risk developing nations will be able to afford. Or will it be a luxury good attainable only by the rich?

Lucy Wang is a freelance writer and design editor @Inhabitat. Her work has appeared in Time, Dwell, Architizer, and Chicago Reader. 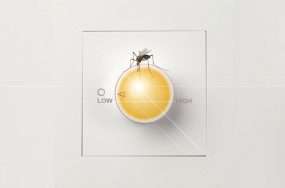 A new study illustrates how geoengineering doesn’t just turn back the clock on climate change, it alters the climate in new and perhaps profound ways 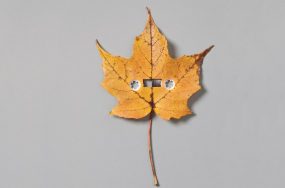 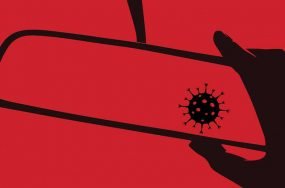 Here's how we avoided the worst of zoonotic diseases