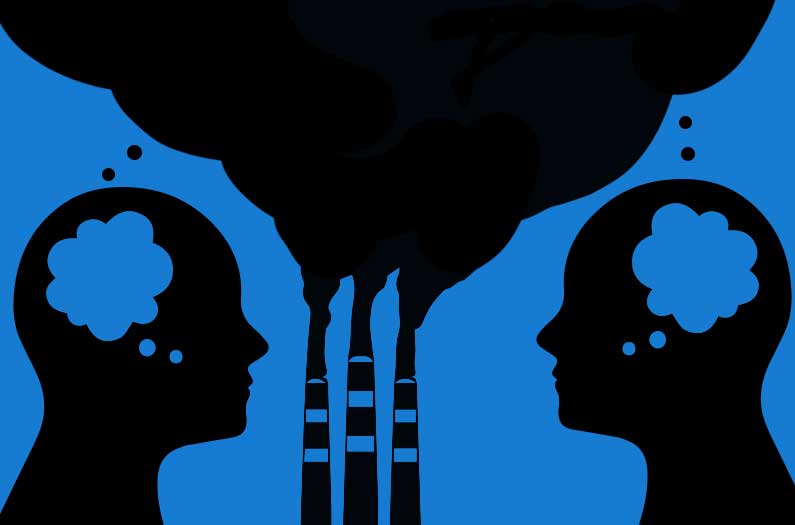 in ways that could profoundly influence climate change policy
By Sarah DeWeerdt
July 7, 2020

Researchers conducted an online survey of about 1,000 people each in the United Kingdom and the United States. They chose to focus on these two countries because both have industrialized economies that emit high levels of greenhouse gases, and will almost certainly need to use carbon dioxide removal to reach net-zero emissions.

Less than 10 percent of people in each country said they knew “a great deal” or “a fair amount” about carbon dioxide removal, the researchers report in Nature Climate Change. Respondents worried that these technologies might have negative impacts on the environment, and that focusing on carbon dioxide removal could distract from efforts to cut carbon emissions. But overall, people hadn’t really made up their mind.

While large surveys can reveal what people think, more in-depth methods like focus groups can reveal why they think that way. This is especially important for topics where public knowledge is relatively poor and opinions aren’t very fixed. So the researchers also conducted workshops in six communities: a large city, medium-sized college town, and rural area in each country.

The workshop participants listened to a brief presentation on ways to reduce climate change, then viewed posters about three carbon dioxide removal technologies. They discussed their thoughts, questions, and concerns with the rest of the group, went home and talked about what they had learned with someone they knew, and came back on a second day for more discussion.

The carbon dioxide removal technologies covered in the workshops were bioenergy with carbon capture and storage, in which large areas are planted with fast-growing crops which are then burned for energy with the resulting carbon dioxide sequestered underground; direct air capture, in which a chemical process is used to remove carbon dioxide from the atmosphere; and enhanced rock weathering, which involves grinding up certain kinds of rocks and spreading them on farmland or in the ocean to sop up carbon dioxide.

Climate scientists generally think of these approaches as addressing the root cause of climate change: the level of greenhouse gases in the atmosphere. But they don’t address what the workshop participants saw as the root cause: human-caused carbon emissions.

The upshot is that workshop participants viewed carbon dioxide removal as potentially incompatible with their vision for a sustainable society because it could facilitate continued burning of fossil fuels. Therefore, the public may not support these technologies being used widely unless there are strong efforts to reduce emissions as well, the researchers conclude.

Climate experts think of carbon dioxide removal, in part, as a strategy to buy time to develop and deploy ways to reduce emissions. But here was another difference from the public point of view: given the lack of maturity of carbon dioxide removal technologies, workshop participants were skeptical that they could be rolled out fast enough to make a difference against climate change in the time frame necessary.

Such views could make it harder for carbon dioxide removal technologies to gain the kind of public acceptance necessary for them to be used at a large scale. In another sense, though, the findings also represent good news. They indicate that members of the public increasingly view climate change as an urgent, right-here-right-now problem. On this, climate experts and the general public are in agreement.