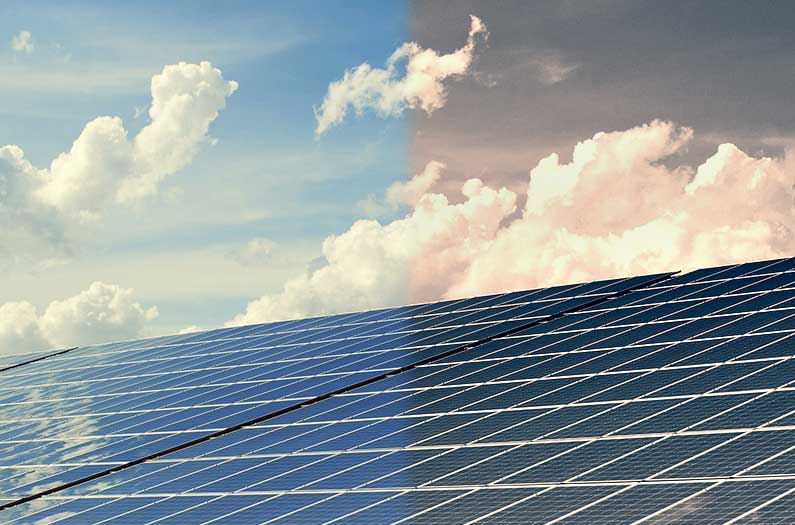 The lockdown in India gave a unique chance to measure how drastic drops in air pollution can increase solar panel output
By Prachi Patel
July 30, 2020

Just days after India went into severe lockdown in an effort to slow down COVID-19, people in the country’s heavily polluted cities started seeing clear, blue skies. That drop in air pollution also boosted the output of photovoltaic solar panels, researchers have found.

In a paper published in the journal Joule, they report that Delhi’s shutdown increased the power produced by solar installations by over 8 percent. That number seems small, but it is roughly the difference between the how a solar panel would perform in Houston versus in Toronto, according to the researchers.

The results are not surprising of course, but the pandemic offered a unique opportunity to measure the impact of reduced pollution on solar output. Delhi is one of the most polluted cities on the planet, and India’s drastic lockdown led to a sudden drop in pollution that was easy to detect.

Luckily, MIT mechanical engineering professor Tonio Buonassisi and his colleagues have been conducting research in Delhi for many years and already had a solar photovoltaic system in place. They’d already found that air pollution negatively affects solar panel performance. Now they had a chance to measure the reverse effect.

They used data on the amount of solar radiation reaching the panels before and during the shutdown and used it in conjunction with years worth of data on fine particle air pollution measurements collected hourly at the U.S. Embassy in Delhi. They found that pollution levels in Delhi dropped about 50 percent after the mandatory lockdown went into effect in India in mid-March. That in turn increased the total output from the solar panels by 8.3 percent in March, and 6 percent in April.

These effects should be true anywhere with solar panels, and the results show how solar power systems could fare in a future world that has fewer emissions as we transition away from fossil fuels towards renewable energy. “This is the first real quantitative evaluation where you almost have a switch that you can turn on and off for air pollution, and you can see the effect,” Buonassisi says. “It gives a glimpse into a world with significantly less air pollution.”

Image by Pixabay from Pixabay