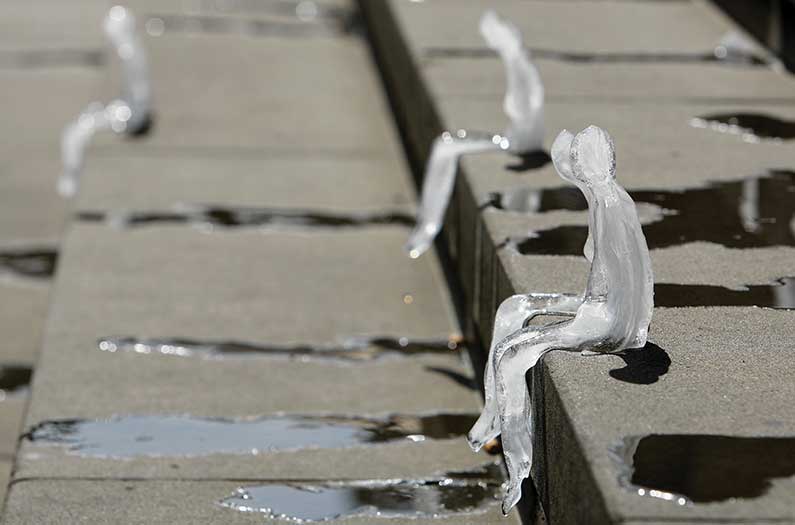 
One of the great ironies of climate change is that as the planet warms, the technology that people need to stay cool will only make the climate hotter. By 2050, researchers expect the number of room air conditioners on Earth to quadruple to 4.5 billion, becoming at least as ubiquitous as cell phones are today. By the end of the century, greenhouse gas emissions from air conditioning will account for as much as a 0.5-degree Celsius rise in global temperatures, according to calculations by the World Economic Forum.

In short, air conditioning urgently needs an upgrade. The basic cooling technology behind air conditioning and refrigerators hasn’t changed significantly since 1902, when a young American engineer named Willis Carrier devised the first air conditioner to solve a humidity problem for a printing company in New York City. It is no hyperbole to say that air conditioning has shaped our modern world—and will continue to do so well into an unprecedented climate future. In countries with fast-growing economies and already-dangerous levels of heat and humidity—such as India, Indonesia, and Brazil—billions of people will soon buy their first home air conditioner. Whether they’ll be able to afford climate-friendlier units—or the pollution-heavy models that have long dominated the market—hangs in the balance.

By 2050, the number of room air conditioners on Earth could quadruple to 4.5 billion, becoming as ubiquitous as cell phones are today.

Making sure that this wave of new customers can afford more-efficient air conditioners is the motivation behind the Global Cooling Prize. Strategically, the prize focuses not on the central air systems common in U.S. homes, nor on window units, but on a single-room air conditioner similar to those commonly installed in apartment buildings in India, where the competition will take place. In November 2019, eight finalists were announced for the $1 million competition to design a room air conditioner that produces five times less greenhouse gas over the course of its lifetime than does a standard room unit.

Launched in 2018, the competition is sponsored by the Indian Department of Science and Technology, part of the Indian Ministry of Science and Technology; the Rocky Mountain Institute (RMI); a coalition of 24 additional countries; and Richard Branson, founder and CEO of the Virgin Group. The prize aims to accelerate the development of air conditioners that use dramatically less energy together with climate-friendlier coolants. If such a technology were rapidly deployed, it could prevent up to 100 gigatons of CO2-equivalent emissions by 2050, RMI estimates.

The winning unit must cost no more than twice what a standard room air conditioner costs and must keep people cool in the sweltering heat of an apartment block in Delhi, India, where the heat index—a measurement of how hot it feels—can reach 140 degrees Fahrenheit. After receiving in November $200,000 to refine their proposals, the eight teams are now racing to build prototypes that will be shipped to India for testing in fall 2020.

To understand the challenge, it helps to picture the basic system that Willis Carrier invented—and that we are essentially still using today. It is known as the vapor-compression cycle, explains Clark Bullard, a mechanical engineer and professor emeritus at the University of Illinois. In its most stripped-down form, it consists of two metal coils, one located inside the space to be cooled, one outside. A liquid refrigerant circulates through the coils, alternately evaporating and condensing under varying pressure. As the refrigerant vaporizes, it gets cold and chills the metal coil inside the room. When it reaches the outdoor coil, the refrigerant condenses, ejecting heat into the air before beginning the next cycle. Meanwhile, a fan blows over the cold metal coil, cooling the air and removing humidity as water condenses on the coil like droplets “on a cold beer glass,” Bullard says. 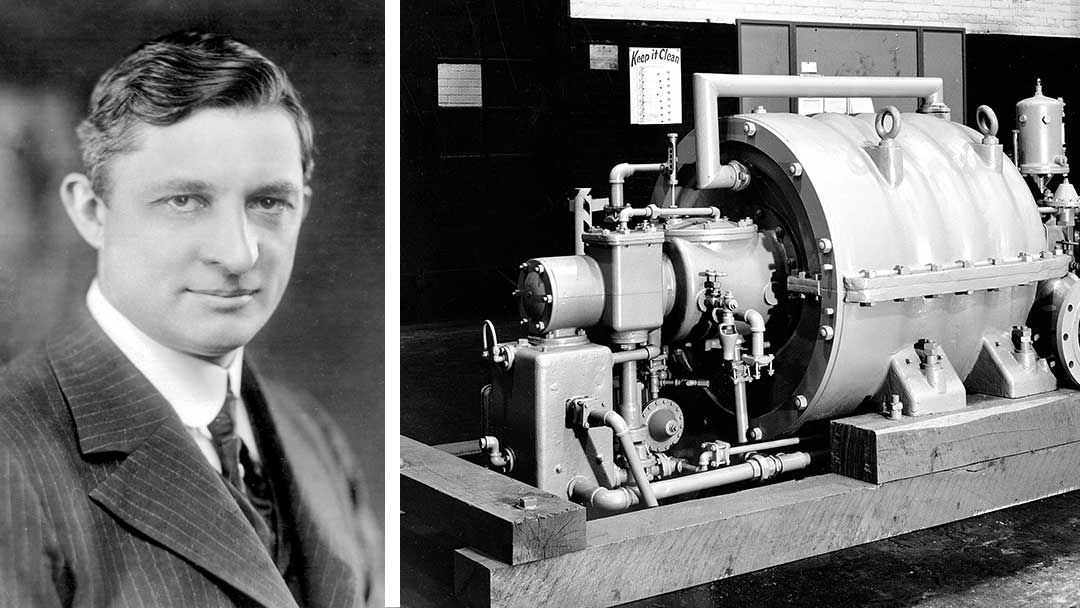 Today’s $60-billion air-conditioning market, dominated by a few large corporations, has long focused on lowering the cost of vapor compression–based air conditioners, not reducing the amount of energy needed to power them. In addition to making air conditioners more efficient, there’s an urgent need to replace the hydrofluorocarbon (HFC) refrigerants that most air conditioners still use, despite global efforts to phase out the chemicals. Roughly 1,000–3,000 times more potent than CO2 as a greenhouse gas, these refrigerants slowly leak into the atmosphere and escape when air conditioners are destroyed.

Therein lies the dilemma for innovators—should they focus their efforts on finding the climate-friendliest refrigerant, or on reducing electricity use? To attain the contest’s goal of five times less impact on climate, an air conditioner using a standard HFC refrigerant would have to use 6.4 times less electricity than the baseline unit. In contrast, a unit that uses a refrigerant with zero potential to contribute to global warming would need to be only four times as efficient.

The dilemma is whether to focus on climate-friendly refrigerants or reduce electricity use.

Most of the contest finalists strike a balance between the two approaches, combining climate-friendlier refrigerants with efficiency-boosting hacks such as smart controls and solar panels. But others have opted for a third possibility—ditching HCFs altogether. Barocal, a startup founded by materials scientist Xavier Moya at the University of Cambridge, aims to solve the problem of refrigerant leakage with a new, solid refrigerant made from organic crystals. Cheap and nontoxic, the crystals release and absorb heat under pressure as they change volume, Moya explains. A typical air-conditioning compressor can easily produce the lowest pressure needed—70 bars, or atmospheres—but higher pressures may be needed. The air conditioner’s efficiency will depend on how the team applies the pressure to the crystals.

Other teams have set their sights on the energy end of the equation. As anyone who lives in a muggy climate can attest, sticky heat feels much worse than dry heat because the body can’t get rid of as much heat through evaporation. Most vapor-compression systems take a brute-force approach to dehumidification, making the indoor coil so cold that water droplets are forced to condense as air blows over the cold metal. Particularly in humid climates, this often means that an air conditioner has to be set to colder temperatures than people actually want, thus wasting energy.

To tackle that problem, several teams are looking for ways to dehumidify the air before it gets cooled. Transaera, a startup out of the Massachusetts Institute of Technology (MIT), for example, is collaborating with Qingdao Haier Air Conditioner Gen Corp. Ltd to build a device that removes water molecules from the air using a new, highly porous material called a metal organic framework. Nanoscale pores in the material act like a molecular sponge, removing water droplets from the air more efficiently than any other known material. The team plans to dry out the sponge using waste heat from the air conditioner’s compressor, allowing it to be used over and over. If that “sponge” can work with existing units and doesn’t need frequent replacement, it could pull ahead in the competition.

Time, however, is not on the inventors’ side. To keep global emissions from new air conditioners from rising, new technologies that meet the prize criteria of five times less global warming potential would have to scale up extremely quickly, hitting the market by 2022 and capturing nearly 100 percent of annual sales by 2040, RMI has calculated.

Competition to keep prices low is so fierce that it will be difficult to displace cheaper options, particularly in countries such as India and Brazil, where rising incomes mean many people will soon be able to afford to buy their first air conditioner. Yet in poor countries, lowering the expense of running an air conditioner can be just as important as reducing its upfront cost, says Sorin Grama, Transaera’s founder.

While living in New Delhi and working on rural refrigeration systems for Indian dairy farmers, Grama gave a member of his staff a room air-conditioning unit so that her daughter could study more comfortably. Later, when he checked to see if it had helped, the woman told him she hadn’t been using it because she couldn’t afford to run it.

Grama hopes the Global Cooling Prize will help align India’s policies with technological innovations, setting new standards for efficiency and cost. Like many other tropical countries, India has an urgent need to keep its population cool—under a high-emissions scenario, three-quarters of India’s population will face life-threatening levels of heat and humidity by 2100, a 2017 study in Science Advances found. Regulations requiring that air conditioners meet the Global Cooling Prize standards would save India $380 billion on air-conditioning costs and meet roughly 40 percent of the country’s emissions-
reduction target, according to the World Economic Forum.

Worldwide, extreme heat waves could kill more than 255,000 people each year by 2050, the World Health Organization estimates. New air conditioners won’t be sufficient to stave off these deaths—other measures, such as building with better insulation materials than glass and concrete, are also needed. If history is any indication, the fastest route to transforming how we stay cool will be a combination of innovation, competition, and regulation. And speed is essential, as the stakes of the global cooling race are not just comfort, but survival.

Emily Underwood is a freelance science writer and contributing correspondent for Science magazine. She is based in Coloma, California. 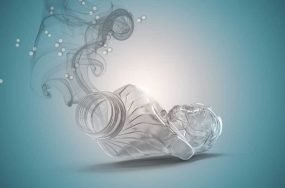 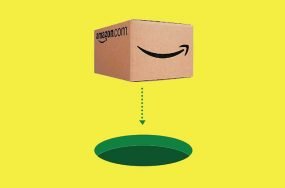