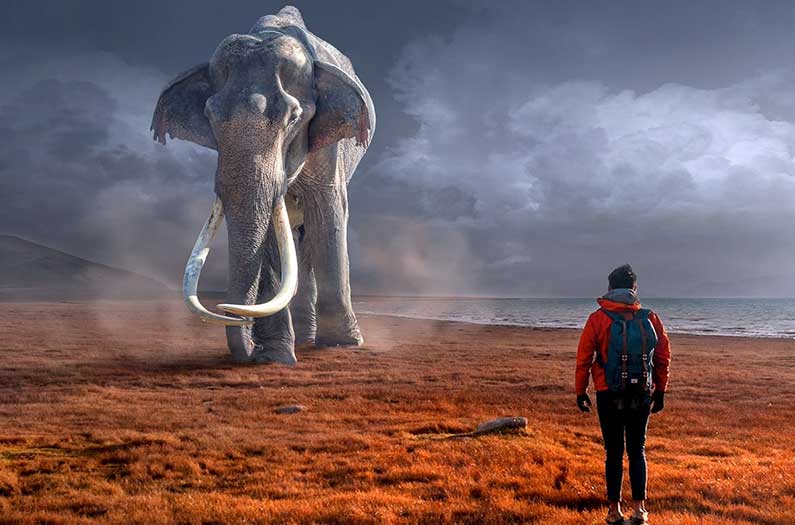 Being able to resurrect species would be exciting—but lessons from reintroduction biology help us imagine what could go wrong.
By Cara Giaimo
July 1, 2020

Every year or so, a flood of articles appears detailing the latest advances in de-extinction technology, spurring debates over how close we are to seeing mammoths walk the earth.

But there’s one thing we don’t talk as much about: What happens after we succeed? In a recent article in Journal for Nature Conservation, a pair of biologists lay out the risks involved with “introducing into the wild a technologically produced close proxy of a species that had disappeared from the face of the earth.”

Effective resurrection technology is likely quite far off. (Indeed, to truly “bring back” extinct species may be impossible.) But while we are not yet molding mastodons and tinkering with thylacines, we do regularly introduce existing species to new habitats: both accidentally and on purpose, and with mixed results. As the authors point out, their situations are similar to those that any de-extincted creatures—and their sudden neighbors—would find themselves in, and can help us imagine what could go right or wrong.

Imagine, for example, you find yourself able to bring back a pack of Antarctic wolves. These tawny, short-eared canids were the only mammals on the Falkland Islands before they were hunted and poisoned to extinction in 1876. They most likely ate insects—perhaps it would be good to put the pack on the Kerguelen Islands, another Antarctic chain that has recently been overrun by an invasive beetle. It seems like a perfect match!

Before you do this, you probably want to think about what happened on Brazil’s Fernando de Noronha archipelago. Sometime around the beginning of the 20th century, people introduced to the island a large mainland lizard, the black and white tegu, potentially to help control rodents and toads. Instead, though, it started munching on endemic seabirds, the authors write—a great example of how “species intentionally introduced into the wild in new regions for various purposes have often had unintended consequences.”

Such consequences run the gamut. What if you de-extincted the dodo, and it spread a novel form of bird flu? Successfully refilled the Pyrenees with their native ibex—and they completely changed the plant composition of their home? Resurrected T. rex—and some mad trillionaire put it on an island and turned it into a theme park?

Read:  If 20% of Americans swapped red meat for poultry once a day, it would cut national dietary emissions by 10%

Plus, what about to the species itself? Habitats go extinct too. Say you figured out how to approximate a mammoth. The animal, snug in a woolly coat and used to stamping through snow crusts, may be quite confused by “the sedge- and moss-dominated tundra of today,” the authors write.

In the authors’ view, some potential uses of de-extinction are particularly fraught. If the objective of biodiversity conservation is to aid species and repair ecosystems harmed by humans, it’s hard to see how resurrecting creatures that went extinct millions of years ago would help with that. In addition, “our level of knowledge of the ecology of species extinguished in the distant past is obviously very limited,” the authors write, “making it particularly challenging to predict ecological outcomes of introducing such a species.”

Still, there could be other reasons to try de-extinction. Such a program could get people excited about conservation—imagine “the inspirational value of a phenotypically close mammoth proxy”—or help  answer long-held questions about evolution or paleontology.

As the authors point out, we are in what amounts to a biodiversity bleedout, losing dozens of species each year. Few interventions seem to be working. New ideas are welcome. But “almost all de-extinction programs so far proposed do not yet satisfy a sufficient array of criteria to be clearly accepted as biodiversity conservation tools,” they write.

“On the contrary, they may even negatively affect efforts to safeguard biodiversity”—through the mechanisms discussed, or, paradoxically, by making humans feel even more distant from the consequences of our decisions. (After all, if you can conjure a species up, why worry about whether it disappears in the first place?)

So, to borrow from that best-known piece of de-extinction literature: Let’s not get so preoccupied with whether we could that we don’t stop to think if we should.

Image by Stefan Keller from Pixabay 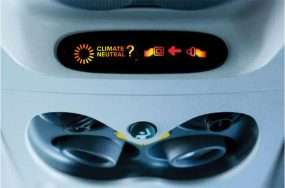 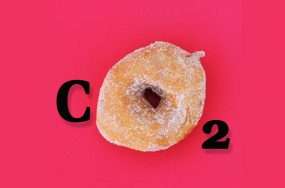 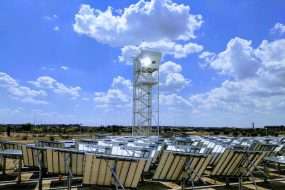