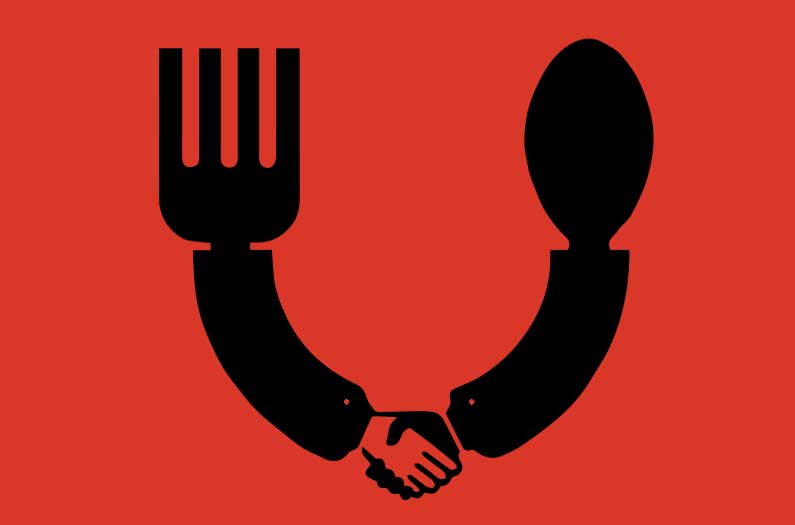 Easing trade barriers between countries could ultimately shield about 53 million who will otherwise face malnutrition as temperatures climb.
By Emma Bryce
July 24, 2020

The international willingness to liberalize the food trade will have a direct bearing on how many people suffer from hunger under future climate change, a new study finds.

As we’re already seeing around the world, temperature and weather extremes are threatening food security, causing crops and livestock to fail. In some regions, like sub-Saharan Africa, this is expected to grow substantially worse under future climate change projections. Trade regulations —especially costly import tariffs—could compound that insecurity by slowing the flow of food to countries that need it to substitute their own declining production.

But in the new Nature Climate Change study, the University of Leuven-led researchers found that adapting trade – for example, by reducing or doing away with import tariffs—could play a huge role in distributing food around the globe from abundant regions, like Europe and North America, to food-insecure countries.

They started by calculating that if we apply our present-day trade regulations to a warmer world where temperature increases have reached extremes of more than 4°C, an additional 55 million people will be undernourished, compared to a no-climate-change scenario. The picture grows bleaker if we imagine a situation where global trade barriers intensify: countries tightening their trade barriers is also increasingly likely in our increasingly insecure world. Under this projected scenario, as the global circulation of nutrients declines due to rising import costs, the number of hungry people would leap by a third, up to 73 million.

However, there’s an alternative to this gloomy scenario. If countries chose instead to proactively reduce or remove trade barriers—bringing down or eliminating tariffs and enabling the easier transport of food around the globe—it could substantially increase people’s access to food. If that happened, global food trade would increase by between 166 and 262%, and with it, the number of undernourished people would drop steeply from 73 million to 20 million, the researchers estimate—a decline of 64%. Fittingly, this more liberalized trading set-up would have the greatest benefit in regions that are most dependent on imports, and that are most likely to be affected by hunger due to climate change.

Increased trade isn’t necessarily a perfect solution, however. Getting food to a country is one thing, but in many regions that would need to be accompanied by improvements to national infrastructure—roads, and transport—which can be an enormous obstacle to getting imported produce directly to consumers.

There are also unintended consequences to be wary of. Food-exporting countries that are at risk of food insecurity themselves would need to ensure that liberalized trade doesn’t threaten their own food availability. For instance, South Asian countries export plenty of rice to meet a high global demand. If more liberal trading policies increased that demand, those rice-producing countries would need to ensure that rising exports didn’t deprive their citizens of these essential calories.

Ideally, through climate mitigation we’ll be able to avoid the 4°C worst-case climate scenario the researchers project in their study. But their results make it clear that further liberalizing trade is, itself, a powerful adaptation measure that could offset the inevitable losses that will result from climate change—whatever the scenario. “It is the ability to link food surplus with deficit regions that underpins trade’s adaptation effect,” the researchers write. Sharing is caring, after all.

Image: based on Handshake Circle by Davide Benatti from the Noun Project