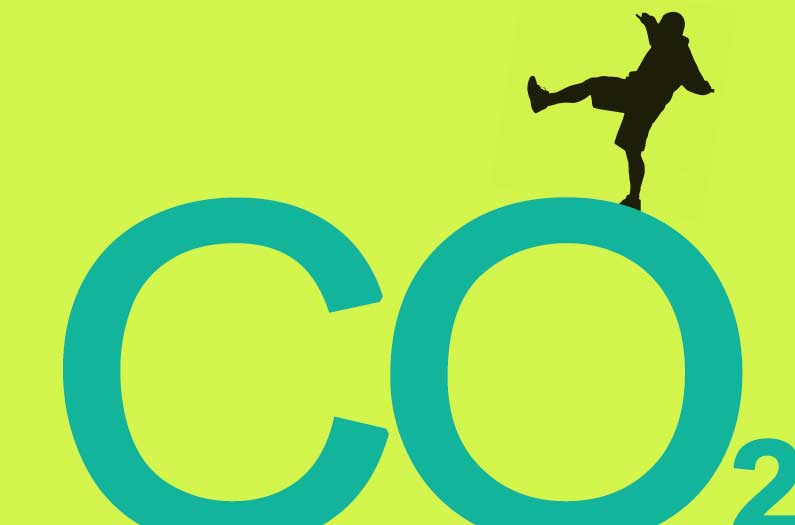 People are pretty bad at balancing their personal carbon budgets

They might go to a lot of trouble to make changes that have a marginal impact at best
By Sarah DeWeerdt
August 18, 2020

People are often willing to make an effort to fight climate change, but they don’t always know which actions are most effective in shrinking their own carbon footprint, a new study suggests.

They tend to overestimate the climate impact of actions like carrying reusable bags, for example, and underestimate the greenhouse gas emissions associated with air travel and eating meat, researchers report in Climatic Change. That raises the possibility that people might go to a lot of trouble to make changes that have a marginal impact at best – while ignoring those that could make a bigger difference.

The researchers set out to assess ‘carbon numeracy,’ meaning people’s knowledge of the relative carbon impact of different behaviors and ability to make tradeoffs between them. Essentially, can people manage their personal carbon budget in the same way they might manage their personal finances?

The researchers conducted a survey of 414 undergraduate students at the University of British Columbia in Canada, and 551 additional North American residents recruited online. First, they asked the participants to name the most effective action they could take to reduce greenhouse gas emissions.

The most popular suggestions were related to driving: carpooling, buying a more fuel-efficient vehicle, driving less, and so on. Meanwhile, only 1% participants mentioned flying less as the most effective action, even though air travel is a huge chunk of the carbon budget for many people living in wealthy countries.

And less than 5% of the responses had to do with political actions such as voting, raising awareness of climate issues, joining an organization, or contacting an elected official. The results reflect messaging in science textbooks and government documents about climate change, the researchers say. These sources tend to focus on individual consumer actions rather than political ones, emphasize car-related impacts, and de-emphasize air travel.

Similar patterns emerged when the researchers asked participants to categorize 15 different actions as low, medium, or high impact in terms of fighting climate change. Switching from driving an SUV to taking public transit had the highest average ranking – and is indeed a high-impact action. But people underestimated the climate impact of eating a vegan diet and reducing air travel, and overestimated the effectiveness of switching from plastic to canvas bags and reducing littering.

The study participants had even more trouble making tradeoffs between different climate-sparing behaviors – for example, estimating how long they could leave a lightbulb on before canceling out all the energy savings from hanging a load of laundry to dry rather than using the dryer, or how many hamburgers have the equivalent climate impact as a transatlantic flight. People who were more concerned about climate change, held liberal political views, or were more educated were not any better at making tradeoffs than other groups.

The good news is that many people’s performance improved on this test when they were given numerical information to help them make the tradeoff. This suggests that people know how to balance a carbon budget conceptually, they just don’t know the actual carbon cost of their daily activities.

“The results suggest that further education may be necessary to improve carbon numeracy by providing the public with a basic hierarchy of actions according to carbon reduction efficacy,” the researchers write. Consistent, easy-to-interpret ‘carbon labels’ on different kinds of products could help with this. But, since calculating carbon footprints is complicated and in some cases uncertain, a policy solution (such as putting a price on carbon) that takes some of the onus off individuals may be necessary too, the researchers say.