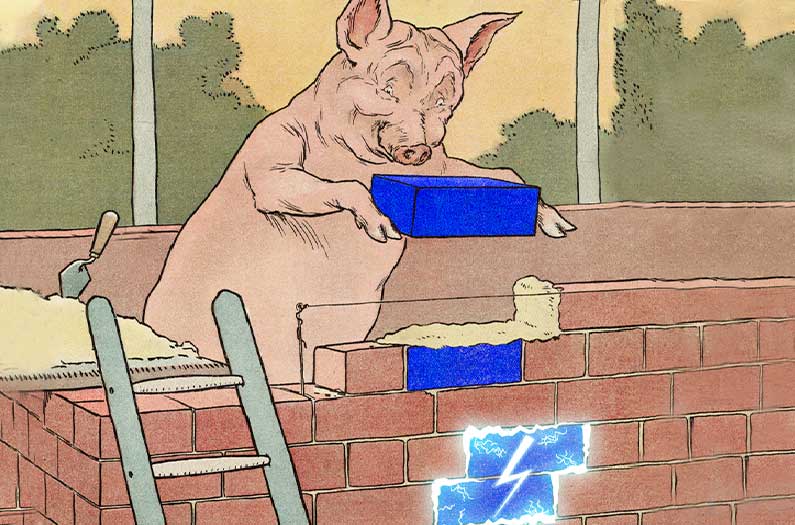 Using the red pigment in bricks as a chemical reactant, researchers fill brick pores with conductive plastic so they can store energy
By Prachi Patel
August 13, 2020

Humans have used bricks to build homes for thousands of years. But researchers have transformed bricks into devices that can store energy like a battery by filling them with conductive materials.

The smart bricks reported in Nature Communications can store enough electricity to light a small LED bulb. A wall made with 50 of them could provide emergency lighting for about five hours, said Julio D’Arcy, a chemistry professor at Washington University in St Louis who led the work.

D’Arcy and his colleagues turned bricks into an energy-storing device called a supercapacitor. Like batteries, supercapacitors are made of two electrodes with an electrolyte in between. But they store charge as ions that get adsorbed on the electrodes, rather than chemical reactions as in a battery, so they charge quickly and are good at providing short, intense energy bursts 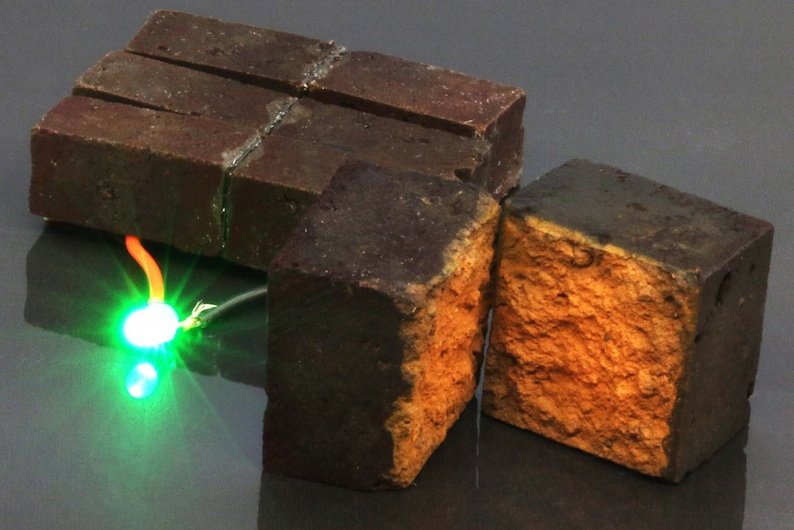 The researchers took advantage of the color and the porous structure of ordinary bricks, which they bought at a hardware store for 65 cents, to make supercapacitors. The red color comes from iron oxide, which is a key ingredient in a technique that the team had been using to make nanofibers of a conductive polymer. The high surface are of the nanofibers makes them an ideal material for supercapacitor electrodes.

Sandwiching a gel electrolyte layer between two bricks gives a supercapacitor, which the researchers coat with a waterproof epoxy material. Each device produces 3 Watts, enough power to keep a LED light on for about 15 minutes. It can be recharged 10,000 times and even works when submerged in water.

Recommended Reading:
Insect farming byproducts are piling up. They could be fertilizer in a circular agricultural system.

The coated bricks aren’t as structurally strong as regular bricks, D’Arcy says. But they could be used in decorative or accent walls.