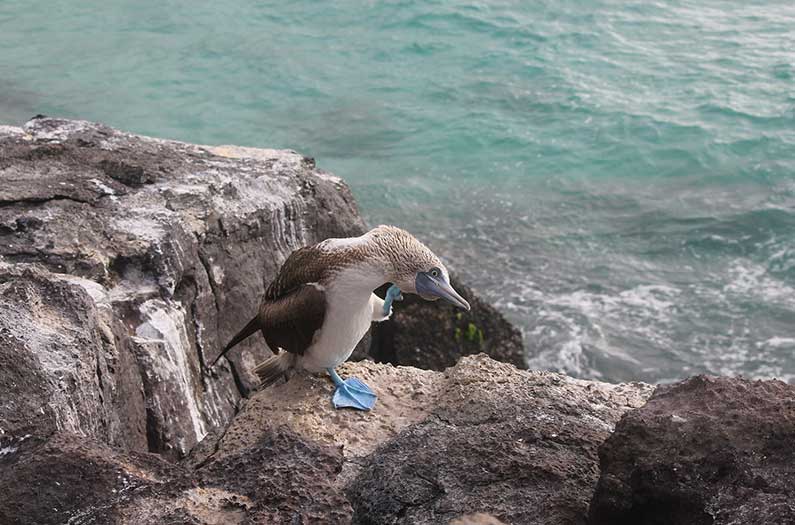 Researchers did a dung-to-dollars analysis to help give them more credit.
By Cara Giaimo
August 12, 2020

Seabird poop is a powerful resource. Full of soil-boosting nutrients, it jumpstarted Incan agriculture for centuries at least, and — after European colonizers came across it—sparked an era of guano imperialism. It’s still sold as organic fertilizer today.

Now researchers are trying to give the birds more credit for their contributions. In a recent paper in Trends in Ecology and Evolution, scientists figured out how much a year’s supply of guano is worth today, from an ecosystem services perspective. The authors argue that this dung-to-dollars analysis might help people better appreciate seabird species, many of which are under threat.

To perform their computations, the researchers sorted the seabirds’ offerings into two piles. The first was commercial guano, sold as fertilizer and largely produced by three species—the Guanay cormorant, the Peruvian pelican, and the Peruvian booby. The value of this was easy to calculate: The researchers just took the total amount of guano produced per year and multiplied it by its market value. This came to $19.4 million.

The second part was more complex. “Seabirds have a special role in nutrient cycling,” says Daniel Plazas-Jiménez, a graduate student at the Federal University of Goiás in Brazil and one of the paper’s authors. Whatever guano we don’t shovel into the marketplace slides down into the ocean, where it provides nitrogen and phosphorus to marine ecosystems. These nutrients juice up primary producers like algae and phytoplankton, an effect that strengthens production all the way up the food chain, leading to more fish and other more beloved (and economically important) species.

To determine the value of this ecosystem service, the researchers decided to estimate the “replacement cost” of those nutrients, they write. Basically, they imagined that the seabirds all played hooky for a year, and we had to pour the phosphorus and nitrogen in ourselves. This would cost us $454.4 million per year.

Add both of these piles together, and seabird poop is worth $473.8 million per year, the researchers say — although they caution that the figure is an underestimate. It doesn’t include all the other things seabirds and their poop do for us, like underpin our fisheries and the scuba tourism sector. But it’s a start.

Environmentalists argue over the effectiveness of tactics like this. Do we cede rhetorical power, or lose the moral high ground, if we argue anything other than that species are intrinsically valuable—all worth preserving, simply because they are themselves? And if we start quantifying benefits in this way, couldn’t opponents do their own calculations? How many awnings are ruined by seabirds every year, and how many chip bags stolen?

To Plazas-Jiménez, though, the economic argument plays a vital role in the conservation conversation. “You need to think about how you will translate the importance… depending on the audience,” he says. Some people think seabirds are worthwhile on their own, but others need a stronger sense of what’s in it for them. Tallying up a cash value “helps us translate, in a very simple way,” how much people need seagulls, he says.

Meanwhile, some people just think poop is funny—a good strategy in itself, as the study has also been covered by NPR, CNN and Smithsonian. (Plus, you clicked on this.) It may be difficult to appraise, but making us laugh is yet another service that seabirds reliably provide.

Source: Plazas-Jiménez, Daniel and Marcus V. Cianciaruso. “Valuing ecosystem services can help to save seabirds.” Trends in Ecology and Evolution, 2020.