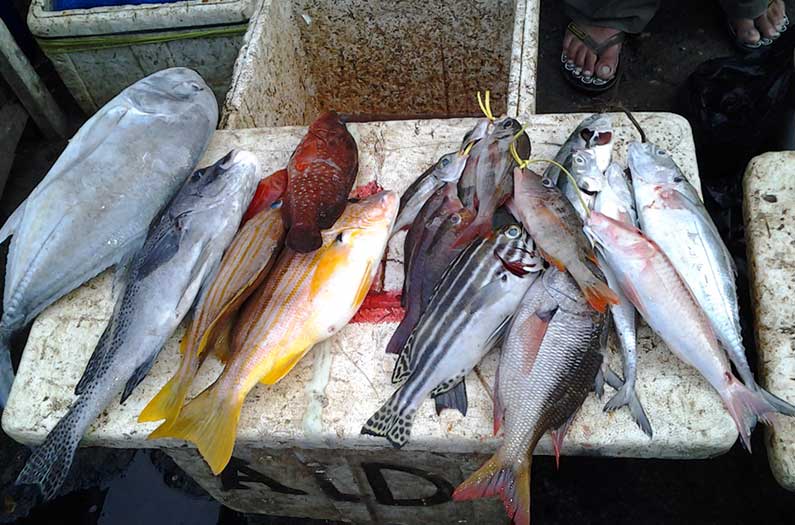 To what extent could seafood replace consumption of other types of meat?

Seafood now makes up 17% of global meat consumption. Researchers believe we could dramatically (and sustainably) increase that share
By Emma Bryce
August 21, 2020

If we were to sustainably manage ocean stocks, instead of limiting the amount that could be extracted from the sea it would actually generate substantially more seafood for human consumption than is available today.

A group of researchers led by the University of California Santa Barbara came to this conclusion when they decided to investigate the role that the ocean could feasibly play in supplying protein for the world’s expanding future population—with the expectation that we’d use it sustainably, rather than exploiting it to the point of destruction. What the researchers discovered was that sustainable measures would actually lead to some surprising yield increases—boosting fisheries by between 36 to 71% by 2050, compared to current production levels. That’s equivalent to an extra 21 to 44 million tons of fish produced by the ocean, all thanks to the more sustainable management of this resource.

Currently, wild fisheries make up the majority of ocean-based protein—about 80%. But in the future, the study’s projections show this would shift to incorporate much more mariculture, a growing feature in ocean fisheries, wherein fish and shellfish are farmed offshore in ocean pens. In fact, by 2050, an estimated 44% of ocean protein will come from this form of food production.

Enabling these increases are several sustainability approaches that the researchers investigated in their analysis. For wild fisheries, increases will depend on the continuous use of policies and regulations like marine protected areas and fishing quotas that provide safe breeding grounds for marine species and curtail overfishing, which will allow stocks to recuperate to sustainable levels, and so, to be continuously replenished as a source of food. As the researchers describe it, “Shifts in policies and practices could support both food provisioning and conservation goals.”

These are conservation principles that are already familiar in fisheries—but which may need to be more widely applied and closely enforced to have a global biodiversity-boosting benefit.

Sustainability in mariculture presents a more novel challenge. Currently, fish that are farmed offshore are most commonly fed using wild forage fish, which only increases the threat to wild fisheries in the open ocean. Sustainable growth in this industry will depend on our capacity to develop new feed alternatives that don’t deplete resources. These are already under investigation, with researchers looking into producing feed out of seafood processing waste, microbial ingredients, and algae, for instance. The researchers also note that for mariculture to thrive, policies and regulations will need to create an enabling environment for this industry to grow, so that fish and shellfish farming can expand into defined areas of the ocean—and consequently take up a larger share of the market.

The researchers modeled the impact of these sustainable measures on seafood supply, and then paired that information with the projected future appetite for fish, to reveal the extent to which sustainable fish supply could meet global seafood demand. They found that it could do so, several times over.

Yet, perhaps the bigger sustainability question is to what extent ocean fish could replace the consumption of other types of meat.

Currently, seafood makes up 17% of all meat consumption in the world. Dramatically increasing that share—as the findings suggest is very plausible—could, first of all, provide a healthier alternative to meat protein from beef or pork, which gives it a unique appeal. But also importantly, ocean fisheries are freer from some of the constraints and impacts that haunt terrestrial food production—such as the reality of increasingly limited land area to produce food, and severe environmental impacts like habitat destruction, pollution, and the expulsion of vast amounts of greenhouse gas that are especially associated with cattle farming.

Shifting diets to replace other types of meat with more fish—so long as that seafood is obtained sustainably—could lift a huge amount of pressure that our food systems currently place on the planet. (Of course, getting people to shift their eating patterns to enable this is also a big part of the challenge.)

When it comes to humanity’s impact on the oceans, we’re often seen to be in an unsolvable bind. Certainly, our depletion of marine species symbolizes some of our most enduring impacts on the planet. But this study explores an angle we consider less often, and that’s important to envision for our future: the ocean’s potential both to recover—becoming more bountiful and resilient—while simultaneously being a solution to humanity’s most pressing food security concerns.

“We have shown that the sea can be a much larger contributor to sustainable food production than is currently the case, and that this comes about by implementing a range of plausible and actionable mechanisms,” the researchers write. That’s a necessarily hopeful picture for our times.