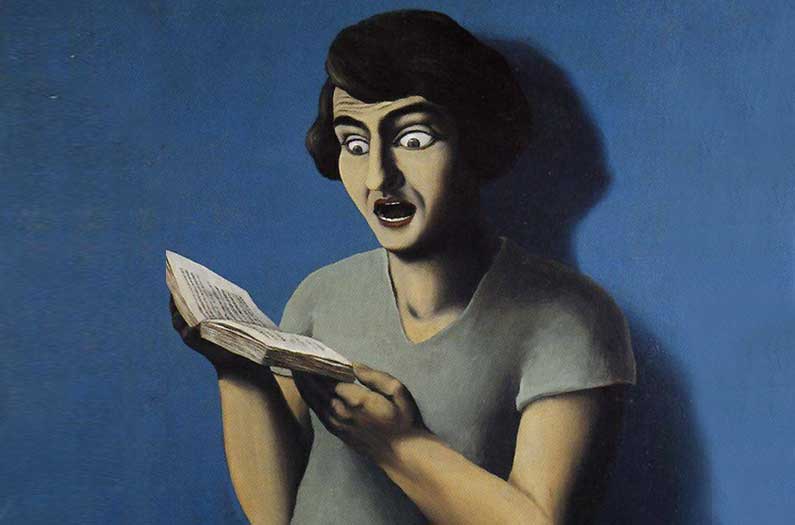 In the first empirical test of the effects of reading cli-fi, researchers try to measure the power of narrative persuasion
By Sarah DeWeerdt
September 22, 2020

Reading a short story about climate change increases people’s climate concern, according to a new study. The effect is temporary, but in combination with other messages, reading fiction could make a real difference in shifting public attitudes about climate change, researchers say.

The story is the first empirical test of the effects of reading climate change fiction, sometimes known as ‘cli-fi.’ This genre represents one of the most important trends in English-language literature over the past three decades. The cli-fi backlist is now hundreds of books deep, and includes works by some of the most popular and celebrated authors writing in English, including Margaret Atwood, Amitav Ghosh, and Kim Stanley Robinson.

There’s a growing body of research about narrative persuasion: that is, studies show that reading fiction can change people’s attitudes about a variety of topics. But very little of that research has looked at literature about environmental problems such as climate change.

In the new study, researchers recruited 1,294 participants through an online platform. The study population included “fiction readers who tend to believe that global warming is happening and human-caused, but do not consider the risks to be severe and do not consider the issue to be highly important to them personally,” the researchers report in the journal Environmental Communication. That is, they weren’t so interested in the effects of reading cli-fi on climate deniers, people who are already plenty alarmed about climate change, or people who would be unlikely to read fiction on their own.

After reading their assigned story, the participants answered a questionnaire about climate beliefs and attitudes. Even though the two cli-fi stories were very different, they both increased readers’ climate concern.

Those who read either of the two cli-fi stories were more worried about how climate change would affect their own life and the lives of future generations compared to those who read the third story. They were also more likely to say that climate change will cause more droughts, poverty, and refugees. However, the cli-fi stories didn’t move the needle on some climate beliefs, such as whether clean energy should be a policy priority.

The researchers also asked readers questions about whether they had felt connected to the characters in the story they read and whether they became immersed in the narrative. These two mechanisms, known as identification and transportation, are thought to drive the persuasive effects of fiction, and the results of the new study support that view.

Finally, the researchers used the same online platform to ask participants to answer the climate beliefs questionnaire a month after reading the stories – though without telling them that this was part of the same study. A total of 774 participants completed the follow-up questionnaire. This revealed that the effect of reading cli-fi on climate beliefs is temporary: it all washed out after a month.

But this isn’t really a knock on cli-fi. For one thing, even though many writers of cli-fi are motivated in part by raising concern about climate change, ultimately they write works of art – not propaganda designed to inculcate all of the exact ‘correct’ attitudes about climate change. And so it might be counterproductive if a single short story could permanently fix a reader’s climate beliefs.

For example, study participants who read “In-Flight Entertainment” afterwards expressed less confidence that people could take action to reduce the harm of climate change to future generations – perhaps because that was the view espoused by characters in the story. And those who read “The Tamarisk Hunter” were less likely to think that climate change would result in increased flooding – probably because the story was set in a water-scarce dystopia.

In the real world, any given bit of cli-fi is likely to be only one of many messages about climate change that a person encounters. And, the researchers write, “effects of a single message tend to dissipate, but repeated messages can cause the effects to stick.”