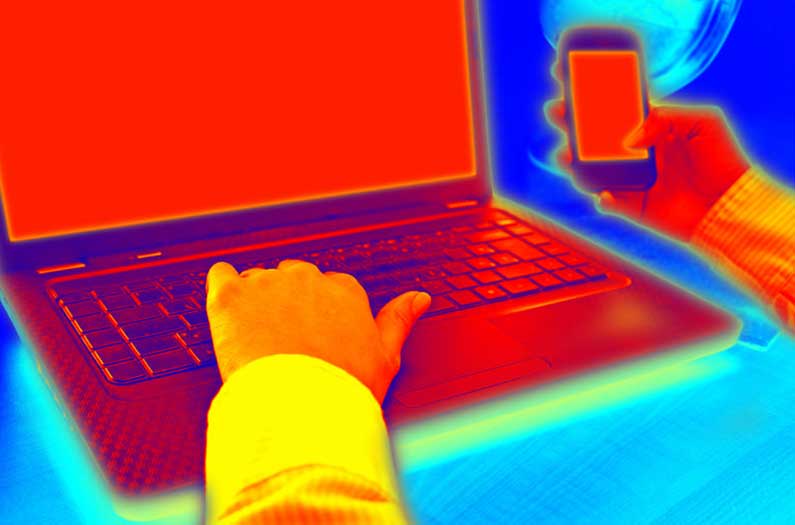 Thermocells are a low-cost technology to convert heat to electricity without moving parts, noise, or greenhouse gas emissions. Now researchers have found a way to make them efficient.
By Prachi Patel
September 24, 2020

Car engines, solar cells, refrigerators, and even people, radiate heat into their surroundings. This low-temperature heat is a wasted source of energy because there is no good cost-effective technology available today to capture and use it, as is possible with high heat.

In a recent Science paper, researchers now report a way to convert low-grade heat into electricity using a liquid-based device called a thermocell. The inexpensive and scalable device could lead to a commercially viable technology to generate power from waste heat, they write.

Thermocells are a type of thermoelectric device, which convert heat to electricity without any moving parts, noise or greenhouse gas emissions. Conventional thermoelectric devices rely on special semiconductors that contain expensive rare-earth elements, so their high cost has kept them limited to uses like spacecraft and luxury cars. The challenge has been to find low-cost materials that are good at conducting charge but not heat, a necessity for an efficient thermoelectric device, which has to maintain a temperature difference between its two electrodes.

So the team from Huazhong University of Science and Technology turned to thermocells, which use liquids instead of solids. The liquids move charge by shuttling charged molecules, or ions, instead of electrons. But they have so far been inefficient for two reasons: ions move slower than electrons, and they carry heat.

In the new thermocell design, the bottom electrode sits on a hot plate, while the top one touches a cooler plate. The temperature difference between the two is 50°C. The researchers filled the gap between the electrodes with a special charged liquid called ferricyanide.

This liquid releases an electron when heated. The electrons travel through the external circuit to the cold side, producing electricity. Meanwhile, the ferricyanide ions diffuse up in the liquid from the hot to the cold side.

The electrons and ions combine at the cold side, and the ferricyanide crystallizes. The tiny crystals block some of the heat drifting up from the hot to the cold electrode. And then gravity pulls the crystals back down to the hot electrode, where the heat turns them back into a liquid.

The device has an efficiency of about 11 percent. That’s twice the efficiency needed to make a viable commercial device. The team also made a thermocell module by stringing together 20 units. It could run LED lights, power a fan, and charge a mobile phone.