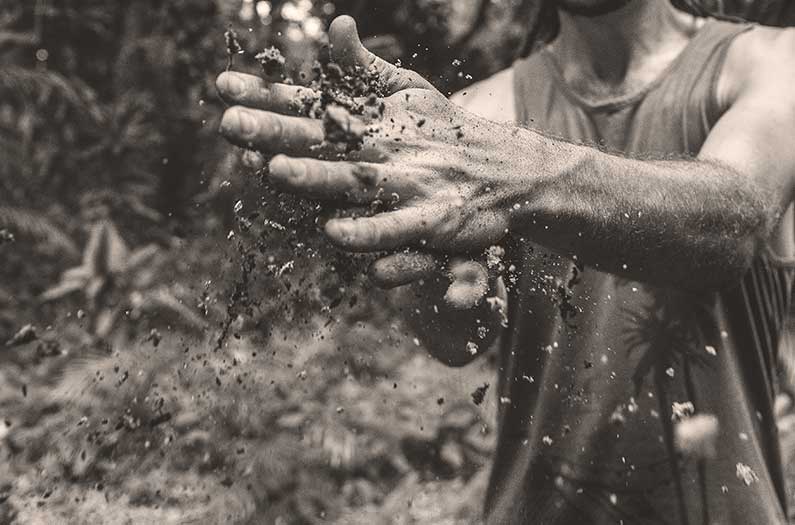 Topsoils could last less than 200 years or more than 5,000—depending on management

A new study paints the first comprehensive picture of global soil health—and what it means for future food production.
By Emma Bryce
September 25, 2020

Our food systems have two potential futures: one in which a large chunk of its soils degrade within one to two hundred years, or another where soils continue to nourish food production and scrub carbon dioxide from the air for tens of thousands of years to come.

The difference between these two extremes? A suite of simple conservation measures that we’re already practicing on farms around the world, says a group of researchers, whose research published in Environmental Research Letters represents the first comprehensive assessment of global soil health.

Using an inventory of soils from 255 sites spread over 38 countries, they considered how long it would take for the top 30 centimeters of earth—the part that provides most nourishment for crops—to degrade to an unusable state in each location. That was determined by a medley of factors including climate, soil type, and terrain. But mainly, it came down to whether the land was conventionally-farmed, or if soil conservation measures like cover-cropping and no-till agriculture were in place to preserve the topsoil.

This global survey revealed that around one-third of topsoils found on conventionally-farmed lands would last for less than 200 years, and 16% would be able to grow food for under 100 years. Overall, 90% of topsoils in this category were found to be thinning, which means they’re losing more material to erosion than they’re gaining, and are therefore in a steady decline.

We currently farm 36% of earth’s arable land, and conventional farming methods are most common across this landscape. So this reveals a worrying picture of predominantly thinning soils across the planet. And this isn’t a problem confined only to poorer countries with existing food security problems: some of the world’s wealthiest nations, including the United States, Australia, and China are all home to swathes of thinning soils that are expected to become unfarmable within 100 years.

But the diagnosis was remarkably different for soils that came from farms where soil-conserving measures were in place—such as no-till agriculture that keeps topsoils intact, contour cultivation, which reduces the chances of downhill run-off, and cover-cropping, where low-lying vegetation is planted between crops to shield and stabilize the soil.

In these environments, soil lifespans were on a completely different scale: almost half would go on to last for 5,000 years, and another 40% for 10,000 years, the researchers calculated.

Sustainably-managed soils were also more than twice as likely to accumulate material and thicken the crucial topsoil layer over time, compared to conventionally-managed soils.

The huge positive here is that these tried-and-tested soil conservation methods could be expanded to preserve and thicken more soils across the planet. In particular, the researchers highlighted the proven benefits of cover-cropping. Remarkably, they showed that not a single sample in the soil dataset taken from cover-cropped farms would last less than 100 years.

Farms that practiced zero-tillage had substantially longer-lasting soils than on farms practicing conventional tillage that rakes up and loosens the soil, making it vulnerable to run-off and moisture loss. Meanwhile, soil from farms where contour cultivation was common were 30% less likely to degrade within 100 years. And terracing—an erosion control measure that breaks upslope farmland into horizontal, step-like parcels of land—was 23 times less likely to lead to soil destruction in 100 years, than regular downslope farming.  Using these methods across larger areas of the planet, the researchers believe we could make topsoil last for thousands of years to come.

All this paints a much more optimistic picture than recent widely-shared estimates that we’ll be able to eke out only 60 more harvests from earth’s soil – a figure for which the researchers found no scientific basis in their analysis.

But that hardly means we’re in the clear: this study’s projected worst-case scenario of just one or two hundred years of topsoil left across stretches of the planet, represents a dire prediction for future generations and their food security. Not to mention the important connection between ecosystems and healthy soil, its role in storing and improving water quality, and in sequestering carbon on our warming planet.

With the food security of future generations in mind, we need to urgently adopt the tried-and-tested tools already within our grasp to reduce erosion and actively grow soils across much larger areas of the planet. This should no longer simply be a niche conservation activity, the researchers caution. “Soil is a precious resource and we can’t afford to lose that much over a human lifetime.”

Source: Evans et. al. “Soil lifespans and how they can be extended by land use and management change.” Environmental Research Letters. 2020.