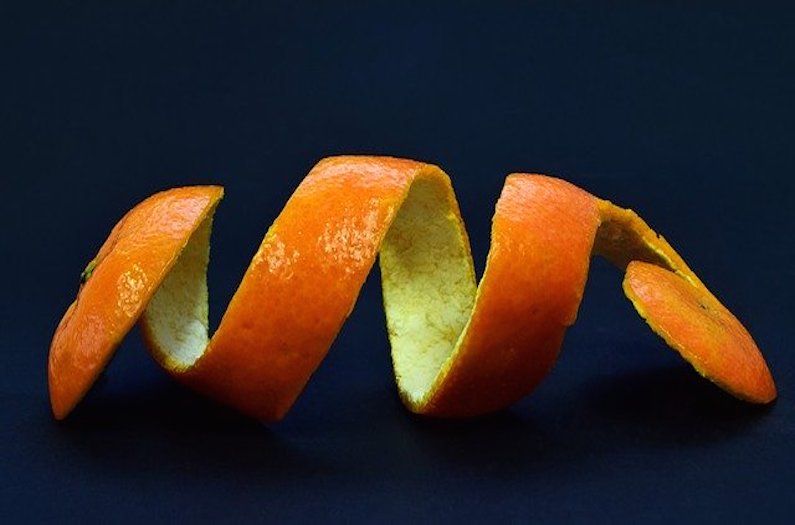 Naturally available compounds in the peels are a benign alternative to the harsh chemicals used today to extract valuable metals from discarded batteries
By Prachi Patel
September 3, 2020

Researchers in Singapore have come up with a technique that uses orange peels to extract precious metals from spent lithium-ion batteries. The research, presented in Environmental Science & Technology, is a solution to tackling food waste and electronics waste, and could lead to a low-cost, sustainable approach to recycling the growing heaps of batteries that end up in landfills every year.

There are two commercial processes that recycle spent batteries today. Both involve first chopping them up and crushing them to make a powdery material. Then, in the smelting process, the powder is heated to temperatures above 500°C to separate the metals, while in the chemical leaching technique, it is treated with harsh chemicals such as acids and hydrogen peroxide.

So scientists at Nanyang Technological University used orange peels instead of the acids and hydrogen peroxide. They oven-dried the orange peels and ground them into a powder, and then mixed it with citric acid.

Using this mixture instead of the harsh chemicals, they were able to extract around 90 percent of the lithium, cobalt, nickel and manganese from used lithium-ion batteries. That number is close to what is possible with the conventional chemical methods, but the solid residue created in the new process is non-toxic.

The key to the extraction lies in the cellulose present in orange peels, said materials science and engineering professor Dalton Tay in a press release. Heat converts the cellulose into sugars that enhance the recovery of metals from battery waste, while antioxidants in the peels, such as flavonoids and phenolic acids, could be helping as well.

The team used the recovered metals to make lithium-ion batteries, which could store almost as much charge as pristine batteries. The researchers are now working on improving the lifecycle of the recycled batteries.

“With this method, we not only tackle the problem of resource depletion by keeping these precious metals in use as much as possible,” he said, “but also the problem of e-waste and food waste accumulation—both a growing global crisis.”

Image by Ulrike Leone from Pixabay