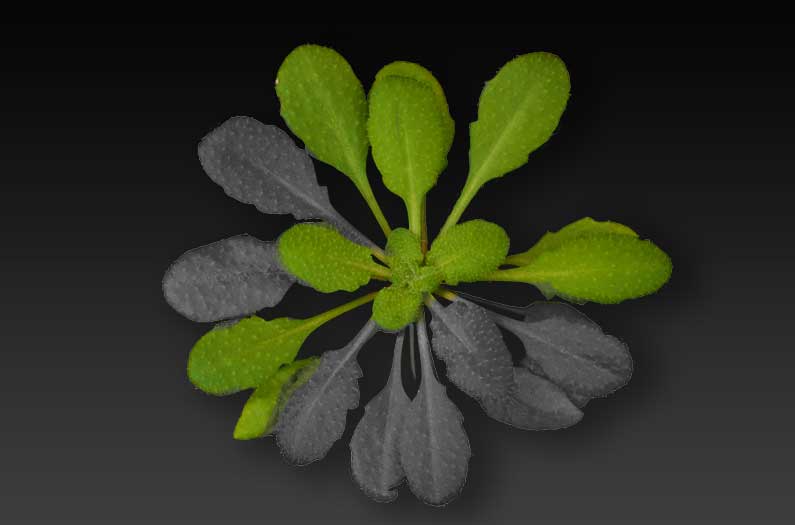 And that’s a win for increasing yields and decreasing nitrogen pollution.
By Emma Bryce
September 4, 2020

Getting plants to use nitrogen more efficiently, and so reign in the polluting impacts of excess fertilizer, is one of agriculture’s greatest challenges. Now, researchers have hatched a potential new way of doing that: they’ve engineered plants that can redirect excess nitrogen stored in their tissues to parts of the plant that need it most—both encouraging greater yields, and ultimately reducing the need for excessive nitrogen fertilizer applied to farmland.

Nitrogen is a key nutrient required for plant growth, which is why it’s so heavily and consistently applied to farms around the world as fertilizer. But it’s difficult for farmers to judge precisely how much fertilizer plants need, which frequently leads to over-application, and the downstream effects of soil pollution, the tainting of freshwater bodies, and run-off into oceans where it causes dangerous levels of nutrient excess. Furthermore, excess nitrogen fertilizer in the soil releases the potent greenhouse gas, nitrous oxide.

To address this challenge in the context of a growing world population that will need more food and higher crop yields in the future—but ideally with a reduced environmental toll—the researchers on the new Nature Plants study homed in on a natural mechanism in plants, and found a way to hack it for the greater environmental good.

Their discovery revolves around the fact that plants get nitrogen in part by absorbing it in a form called nitrate, directly from the soil. The movement of nitrates through the plant is governed by transpiration, which usually means that more nitrate ends up in the more heavily-transpiring regions, such as larger, older leaves, while less reaches the newer, smaller leaves, or the plant’s developing reproductive tissues, such as seeds.

To address this imbalance, plants contain a special transporter protein called NRT1.7, to carry those essential nitrates to needy parts of the plant. But even with this recycling system in place, it can be slow and inefficient, meaning plants aren’t necessarily very good at using up the stored nitrates in their leaves. In this, the researchers spied an opportunity to optimize the process, by amping up the redistribution of excess nitrogen across plants.

To do this, they engineered a new ‘hyperactive’ type of transporter protein called NC4N, which is capable of redistributing more nitrates, and more quickly than the pre-existing one. They also ensured that this new transporter was promoted by the same genes as the original one, meaning that it would be expressed in the same cells as before, and thus continue delivering nitrates to the neediest parts of the plant.

When they bred the new transporter into thale cress plants—the species the researchers used to test proof of principle—they recorded several interesting changes. Younger leaves, as well as seeds in the engineered thale cress, held larger amounts of nitrogen than those in the untreated plants. The improved nitrogen availability seemed to boost growth as well: seed production was up to 20% higher in engineered thale cress than in controls, and these plants also just generally grew better than the controls.

When the researchers then bred the hyperactive NC4N into two other agricultural species—tobacco, and rice crops—they observed similar effects. Engineered tobacco plants showed an almost 40% greater growth weight compared to controls. In the engineered rice the grain yields increased by between 8 and 10%—which is crucial for its food security implications.

This suggests that in all the test plants this new and improved delivery mechanism works, lifting more of the unused nitrates from the overcrowded storage shelves of older leaves, and carrying it to new parts of the plant where it’s put to good use, fueling new growth. “Just as humans recycle to alleviate the depletion of natural resources, plants can reuse and remobilize the [Nitrogen] stored in leaves and move it into demanding tissues,” the researchers explain.

The demonstrated benefits across a variety of plant species suggests that this engineering tweak could also have widespread uses in other crops, helping them use up their shores of nitrogen more efficiently—improving yields, and boosting food security. Down the line, that could help farmers tailor and limit the amount of fertilizer they apply to their fields, saving on their costs, and shielding the environment from the worst effects of nitrogen excess.

Producing nitrogen for fertilizer is a costly business that currently accounts for 2% of global energy use. Yet much of this is simply a waste, since only 30 to 50% of that nitrogen is ultimately used up by crops.

Considering the scale of the problem, it’s unsurprising that this new discovery is just one of many forays researchers are making to increase nitrogen use efficiency in plants: the findings symbolize just one tool among many in the toolbox. Though, getting plants to self-regulate their nitrogen use could turn out to be a particularly novel and valuable one, for our future food systems.