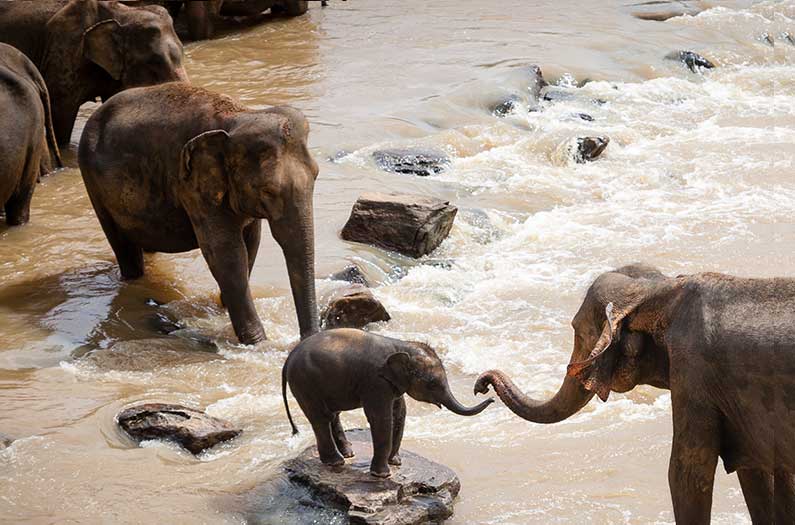 It's imperative to protect species and populations — but we shouldn't miss the trees for the forest, a new paper argues.
By Cara Giaimo
September 9, 2020

Conservationists have long to-do lists. Preventing extinction means mitigating climate change, pivoting to clean energy and fighting the logic of capitalist expansion that currently undergirds most of the world economy. It means setting aside protected land, cleaning up polluted water, and getting people—from donors and landholders to farmers and fishers—on board. Sometimes it feels like that Carl Sagan quote about making a pie from scratch: to keep a species from going extinct, you first must save the whole world.

But are we missing one enormous piece? A recent paper in Science argues that conservationists should be concerned not only about the persistence of animal species and populations, but about the welfare of individuals. As some of the chief champions for nonhuman beings, “conservation organizations face a singular opportunity to reshape conservation into a discipline that promotes both the quantity of species and the quality of animal life,” the authors write.

Such an alignment may seem obvious. Indeed, many conservationists do care deeply about individual animals—those they work with directly and others. And saving species and populations often intrinsically involves improving individuals’ lives: ensuring they have enough food and a good space to live, for example, or protecting them from a difficult death via fire, poacher, or wind turbine.

But the more we learn about animals, the more emphasis we might want to place on other aspects of well-being. A consensus is developing “in the world of animal consciousness, neuroscience, and behavioral science that there’s a lot of commonalities between how humans and other animals experience the world,” says Nitin Sekar, a conservationist and one of the paper’s authors, along with ethicist Derek Shiller. Studies have indicated that mammals feel joy, fear and grief, birds experience attachment, and some fish can recognize themselves in a mirror.

Increasingly, members of the public recognize this—last year, nearly two-thirds of respondents to an American wildlife values survey said they regarded wildlife not as creatures to be dominated, but as thinking, feeling members of a global community.

But these shifts can take a little while to reach decision-makers. A few years ago, two experts called for individual animal welfare to play a role in environmental impact statements, which help determine whether and how land should be transformed for human use. Although development clearly affects animal well-being, that is rarely taken into account.

Conservationists, meanwhile, “are sort of single-minded in our focus” on protecting species and populations, says Sekar. “I think that animal welfare has been sort of put to the side.” For example, the authors write, even as major conservation organizations tout their commitments to other related issues, such as fighting climate change, they rarely “officially recogniz the imperative of protecting animals as individuals.”

This may be because they want the support of groups such as such as sport hunters and fishers, which unequivocally harm individual animals while supporting the protection of populations and species. It may be because they fear alienating subsistence hunters, or people who come into conflict with animals — often people who have been burned by conservationists before. Or it may be due to the presence of “direct trade-offs between animal welfare and traditional conservation objectives like preventing extinction and maintaining ecosystem function,” the authors write.

But these real concerns shouldn’t prevent the conversation from occurring, the authors say. What would this look like? First, conservationists should work together to “develop consensus principles” about how animals should be considered and protected in conservation. Next, they should continue investing in research that helps us learn “what contributes to or detracts from” an animal’s welfare, in order to pinpoint best practices, says Shiller. And third, they should put in place advisory boards, which can take these considerations into account when approving research or interventions.

“We’re trying to make sure that we do as many good things as possible,” says Sekar. “Here’s one more good thing that we can try.”