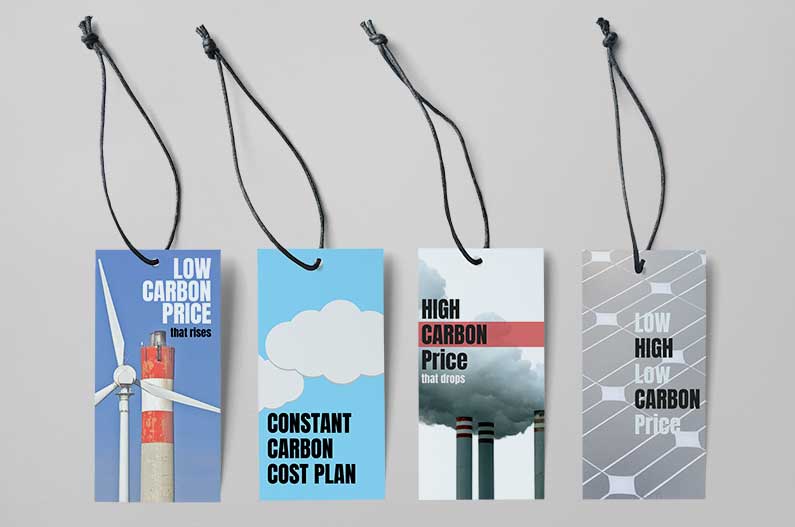 What kind of carbon tax does the public prefer?

People want a constant carbon price—not a gradually increasing one as experts have assumed.
By Sarah DeWeerdt
September 29, 2020

Look, nobody likes paying taxes. But many researchers argue that a carbon tax will be necessary in order to cut carbon emissions and stop climate change. If that’s the case, members of the public across four wealthy and high-emitting nations would prefer that the price of carbon be consistent over time, according to a new study.

The findings challenge the conventional wisdom about carbon pricing. In the past, policymakers have assumed that people would rather have a tax that starts out low and increases gradually over time, to delay the financial pinch of fighting climate change and give people a chance to adjust. But the new study suggests that this structure may actually reduce public support for a carbon tax.

First they asked if people would support an international climate policy that costs households a certain average amount per month. In the US survey, the average cost was $107. In the European survey, researchers asked about both a low carbon tax equivalent to about 0.5% of gross domestic product (GDP) (€28, €39, and £15 monthly in France, Germany, and the UK respectively) and a higher tax equivalent to about 2% of GDP (€113, €154, and £60).

Then they asked how people would prefer to distribute the costs of a carbon tax over time: start low and increase; start high and decrease; start low, increase, and then come back down; or hold the cost constant over time.

In contrast, a study last year suggested that the most effective way to structure a carbon tax would be to start at a fairly high level, increase it a bit over the course of a decade, and then reduce it slowly over the course of a few centuries. The new results suggest that policymakers might have to compromise a bit on emissions-cutting effectiveness in order to gain public support for a carbon tax.

The researchers also asked the survey respondents why they chose the response they did. Many of the people who chose the constant cost path said they preferred it because it would simplify budgeting and planning for the future.

Those who chose the increasing path said they liked it because it would help people adjust and because they hoped future increases in the carbon tax would not feel as burdensome. (In other words, the logic underlying the conventional wisdom is sound—it’s just that fewer people subscribe to that logic than policymakers have assumed.)

Meanwhile, those who preferred the price of carbon to start high and then decrease “emphasized the need to make investments now, which they believed to be essential to confronting climate change,” the researchers write.

To suss out how the timing of carbon costs increases or decreases support for a tax, the researchers asked the survey respondents a series of eight questions in which they had to choose between pairs of carbon tax scenarios.

This analysis revealed that switching from an increasing to a constant cost pathway increases support for a carbon tax by seven percentage points. “These results indicate that ramping up climate costs over time may provoke more public opposition than a policy that keeps the costs of climate action stable, even if the average cost level is relatively high,” the researchers write.

And switching from a constant to an increasing cost pathway reduces support for a carbon tax to the same degree as doubling the average monthly household cost. That’s useful to know because a carbon price instituted now will have to be pretty high, since countries have waited so long to take comprehensive action against climate change. So the new results suggest that lower support due to a higher carbon tax “may be at least partially mitigated by selecting a set of attractive design features such as the constant distribution of costs,” the researchers argue.