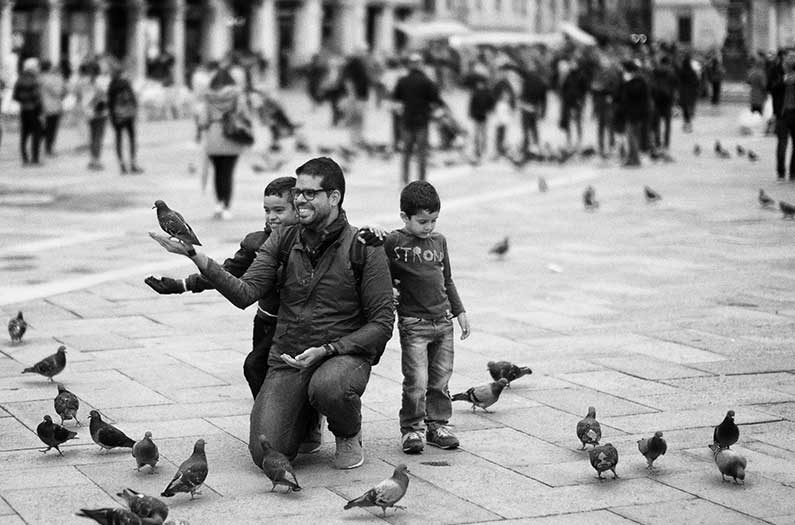 This has implications for a number of conservation initiatives from reintroductions to ecotourism.
By Cara Giaimo
October 7, 2020

A wild dove can elude a birdwatcher for hours. Yet on a city street, their close relatives the pigeons will flock to adults, children, and even dogs, seemingly fearless. What accounts for this difference? How long did it take for pigeons to learn that humans aren’t a threat, how does that affect their behavior in general, and what does it mean for conservation?

A number of animals now live alongside humans, and have changed as a result. For a recent article in PLOS Biology, researchers looked into these shifts to understand the evolutionary dynamics that drive them. They went through hundreds of previous papers to collect information on how dozens of species, from freshwater snails to green-winged teals to red foxes, have responded to human closeness.

In general, they found, “any contact with humans leads to a rapid reduction in mean antipredator responses.” In other words, hanging out with humans makes animals less wary in general. This can manifest as a behavioral change, such as a lack of vigilance—or even, over time, a physiological response, such as a decrease in size.

This affected both individual animals and their lineages. Evolutionary changes occurred most quickly in domesticated animals, who showed the lowest level of fear response after an average of 30 generations. Captive or urban animals took, on average, about 90 generations to reach their point of lowest fear. A species’s social and eating habits also seemed to impact these trends—gregarious urban species, like pigeons, lost antipredator behaviors particularly strongly.

Read:  In rich countries, a sustainable diet is cheaper than a conventional one. The opposite is true in poorer nations.

What should we take from this? Many conservation initiatives involve putting animals in proximity to humans. For example, scientists regularly raise members of rare species in captivity and then attempt to reintroduce them to the wild. (Projects of this kind are currently taking place with common loons, freshwater mussels, and Galapagos tortoises, to name just a few examples.) It’s important to understand how this kind of life history might influence these animals’ ability to survive and thrive after they’re released.

And while ecotourism can raise both funds and interest for conservation initiatives, we need to account for any potential downsides of exposing wild animals to people. “We need more data to understand whether occurs also with the mere presence of tourists,” the study’s lead author, Benjamin Geffroy, said in a press release.

Overall, we are remaking the world, razing and building habitats and shuffling around species to better suit us—or at least, certain of our objectives. It’s good to keep track of how that’s affecting everyone else.