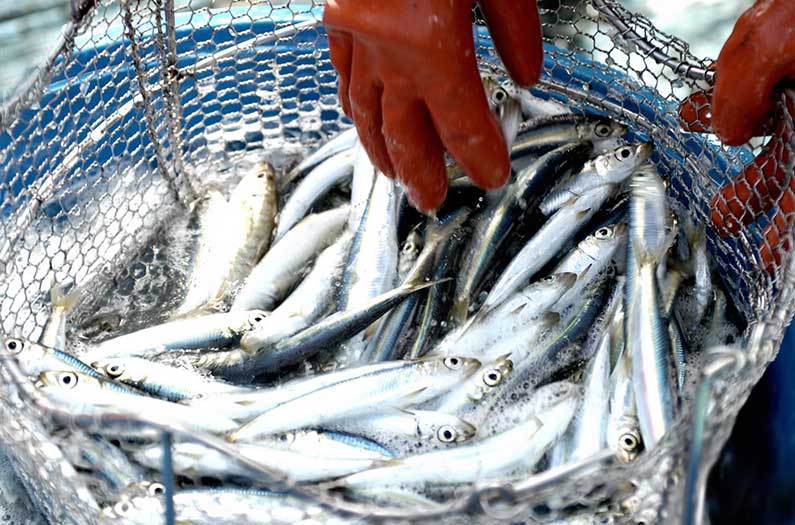 Researchers calculate that protecting just 5% more of the ocean could boost fisheries by as much as 20%.
By Emma Bryce
October 30, 2020

Protecting the ocean comes with an assumed trade-off between conservation, and food production: the more ocean that’s off-limits to fishers, the less fish they can snare, and the more threatened their livelihoods become. But, is this actually the case?

In fact, a new study lands on a surprising discovery: if we were to enlarge marine protected areas (MPAs) by a small amount in strategic parts of the world, the spillover of fish from these newly-shielded swathes of sea would actually boost global fisheries by around a quarter. This means well-managed MPAs could function as tools for marine conservation and protecting food security, at the same time.

Currently, protected areas take up 2.4% of the world’s oceans, and it’s understood that these closed zones function as important breeding and nursery habitat for fish. We also know that as these nursery populations grow and expand, they’ll spillover from the safety of the conserved sea into the wider ocean, where they might be caught. So, it makes sense that protecting parts of the ocean enables fish populations not only to sustainably renew, but also to support commercial fisheries.

What’s less clear, however, is how much area is needed to protect this ecological function and how this exclusive ocean habitat would affect fishers, in turn.

The answer, as the researchers revealed, is that surprisingly little would bring surprisingly large benefits. By mapping the distribution, life history, spillover potential and catch data for 1,338 commercially-fished species, they showed that if we protected an additional 5% of the ocean, it would lead to huge gains in food production. In fact, if we did that at strategic points across the globe, the generous spillover from these nursery zones would increase global fisheries—and thus, the provision of marine protein—by between at least 20 and 22%.

That amounts to between 9 and 12 million metric tons of fish, added to the quantity that global fisheries currently produce. And all that extra protein would be a consequence of better conservation measures.

What’s more, that 5% increase in MPAs, despite being a small figure, would actually generate the majority of the spillover benefit – 87% – that would lead to increased fisheries. In other words, even if we went on to protect more and more of the world’s oceans beyond that additional 5%, global catch wouldn’t continue to increase by that much.

That’s because the largest spillovers and consequent catch increases can be achieved by strategically expanding MPAs in regions where fisheries have been poorly managed or overfished. In these zones, the additional conservation acts like a powerful band-aid on these especially troubled fisheries—producing most of the global benefit. “There is a steep increase in catch benefit when siting MPAs in overfished and productive areas,” says Reniel Cabral, a postdoctoral researcher at the University of California, Santa Barbara, and first author on the new study. “While catch benefit continues to accrue up to a large portion of the ocean in MPAs, much of the catch benefit can be generated by strategically closing 5-10% of the ocean to fishing.”

Beyond this, the fisheries gains of conservation simply become less pronounced. (But, crucially, that doesn’t mean there aren’t other important conservation reasons to continue expanding MPAs across the world’s oceans.)

The researchers also tallied up the financial benefit of this added ocean conservation: protecting that additional 5% could generate $19 billion in extra fisheries revenue, “which significantly outweighs the US$2 to US$6 billion cost of managing the additional MPAs each year,” they emphasize. That may also help to soothe concerns that marine conservation only comes at a cost for fishers: it can, in fact, be a force for environmental and social good.

Of course, while five percent may seem like a small figure on the global scale, this belies the huge complexity of cordoning off parts of the sea for protection—a feat that involves many nations and varied stakeholders, each with different approaches and priorities to navigate.

But in light of this, the researchers note an encouraging global trend towards increasing ocean conservation. “What excites me is that we are seeing huge interests from various countries in expanding their MPAs,” says Cabral. With enough momentum, that could bring the world closer to the optimal marine conservation goal the researchers map out in their study.

If we achieved that, it would provide an opportunity to reimagine conservation as more than a trade-off, and instead as a tool to protect the planet and provide tangible benefits for humanity.

“Our work provides the fisheries case for much greater MPA efforts,” Cabral says.