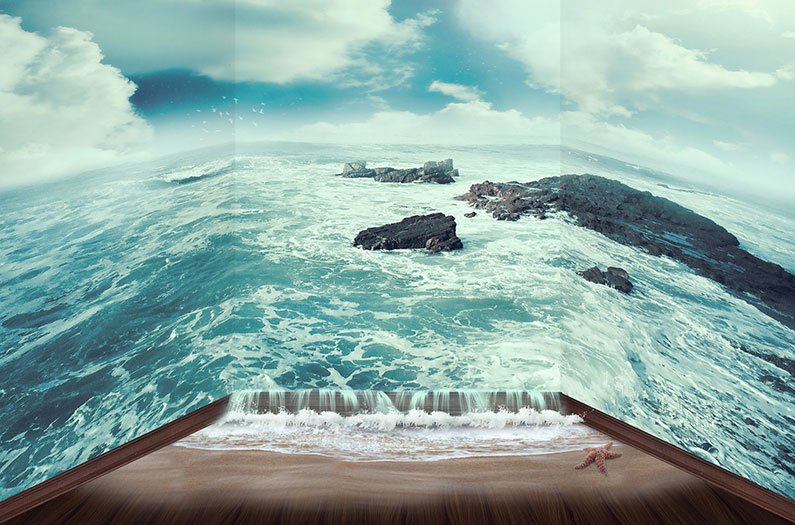 Researchers found that just one cubic meter of seawater has the same cooling energy as a solar farm the size of 68 football fields—or 21 wind turbines.
By Prachi Patel
October 29, 2020

The past five years have seen the hottest average global temperatures on record. As the world warms rapidly, use of air-conditioning is rising. And with that are planet-warming carbon emissions, since cooling technologies gobble immense amounts of electricity.

A new study now assesses the possibility of using seawater for cooling as a sustainable option. In addition to reducing greenhouse gas emissions, simple design changes could boost cooling capacity at a small additional cost, according to researchers who published their work in the journal Energy Efficiency. This could open up markets further away from the coast.

Seawater air-conditioning [SWAC], which was first proposed in the 1970s but gained traction in the 90s, involves pumping cold water from oceans at depths of below 700 meters and temperatures of 3 to 5 degrees Celsius to the coast, where it can be used in cooling systems to produce cold air for buildings. The warmer water is returned to the ocean.

The technology has been implemented on some tropical islands where water does not have to be pumped long distances, and where cooling needs and energy costs are high. While the initial capital cost of building SWAC systems is higher, energy costs to run it are low. The exact opposite is true of conventional air-conditioning.

In the new paper, the researchers propose a relatively simple tweak to conventional designs that can increase the efficiency of SWAC projects with long pipelines as well as make them easier to expand to meet growing cooling demand. Their idea involves increasing the excavation depth of the seawater pump station up to 20m below the sea level, compared to 2–5 m in conventional projects.

The deeper pump doubles the speed of the inlet pipeline seawater and hence the cooling power, for only 55 percent more capital cost. The inlet and outlet pipelines, which are a significant cost of a project, do not need to be changed. “The proposed design configuration allows SWAC projects to be built with an initial cooling load that guarantees the contracted cooling demand for customers that are willing to invest in the technology,” the authors write. Then, as others get interested, builders can expand the cooling power modularly with smaller additional capital costs. This reduces the overall project implementation cost and risks, they say.

Image: The ocean room by dandelionchronicles