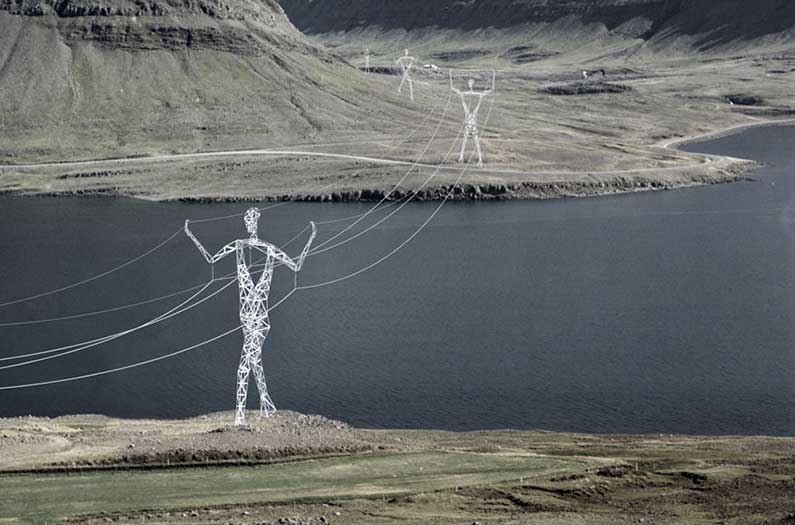 New research finds that global energy consumption in 2050 could be reduced to the levels of the 1960s, despite a population 3x larger.
By Sarah DeWeerdt
October 13, 2020

The world’s predicted 2050 population of 10 billion people could achieve a decent standard of living while cutting global energy use by 60% compared to today, a new analysis suggests. The study is part of a growing body of research that aims to decouple the apparent relationship between human flourishing and ecological disaster.

The question is, how much of this energy and resource use is really necessary for us to live—and to live well?

Of course, there are lots of different ways to define living well; in fact that’s the topic of major philosophical debates. But for purposes of this analysis, the researchers focused on basic standards of food, clothing, shelter, hygiene, health care, education, mobility, and access to information and communication technology.

They drew on a variety of past research to define a level access to these various resources considered sufficient, as well as the amount of energy needed to provide that access: for example, the energy needed to grow and transport about 2,000 calories’ worth of food per person per day, manufacture and run one stove and one refrigerator per household, provide 50 liters of clean water per person per day, and so on.

This bottom-up approach differs from past studies, which have often looked at actual consumption data to suss out relationships between environmental impacts and measures of human development. The problem with those top-down studies is that they don’t question the inefficiencies built into existing political and economic systems—inequality that leads to wildly outsize consumption on the part of elites, for example, while many people go without their basic needs met.

The new study is also unusual in its focus on final energy (e.g., electricity) rather than primary energy (e.g., coal). This helps avoid the need for assumptions that sometimes make renewable sources of energy look like poor alternatives to fossil fuels, the researchers say.

A decent standard of living based on existing—albeit advanced—technologies requires an average of 15.3 gigajoules of energy per person per year, the researchers calculated. This Decent Living Energy (DLE) figure is “remarkably low,” they say: roughly the amount of energy contained in two and a half barrels of oil. In this scenario, global energy demand in 2050 would amount to 149 exajoules (EJ), about 60% lower than current consumption.

To reach that benchmark, the wealthy of the world will have to consume less. “We can reiterate what has been suggested by countless other authors: high-quality, low-energy housing, widespread public transport, and diets low in animal-based foods are globally important issues for sustainability ambitions,” the researchers write.

But, they say, “What we add is that the material sacrifices are, in theory, far smaller than many popular narratives imply.” The assumptions in their model are far from bleak, a rejoinder to skeptics who charge that environmentalists want people to live a severely straitened life. They allow one laptop with Internet access per household (granted, parents trying to work from home while their children attend online school during a pandemic will cringe at this), a phone for every person aged 10 and older (tweens of the world will rejoice!), dwellings heated or cooled to a constant 20 °C, and universal access to healthcare and education.

Of course, the study doesn’t say how to get from a world organized around inequality and excess to one organized around universal provision of decent living standards. The good news, though, is that non-fossil fuel energy sources have the capacity to generate 70 EJ of energy today, projected to increase to 130 EJ by 2050—“very close to the DLE requirement of 149 EJ,” the researchers note. “That non-fossil energy sources could meet our DLE requirements, even under business-as-usual, is highly significant.”