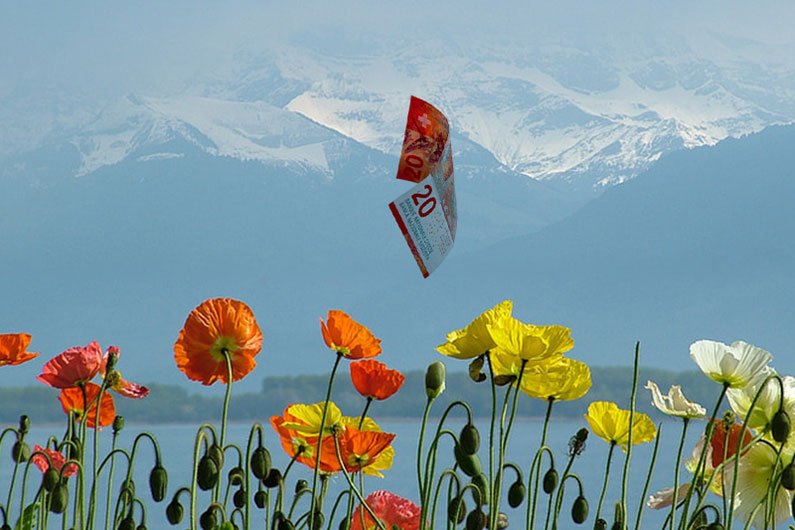 Picture the mountain meadows of the Swiss Alps, and you probably think of wildflowers—purple bellflowers, crocuses that peek through the snow, and of course, star-like edelweiss. Flowers and other plants thrive in the varying altitudes and climate pockets provided by the Alps—but keeping them growing takes careful management. How to ensure the fields of Switzerland stay full of nutrient cycling sedges, pollinator-attracting saxifrages, and singalong-inspiring blooms?

One method: Pay people to take care of them. Swiss farmers are part of a government program that reimburses them for overseeing certain parts of their property in ways that promote biodiversity. And a study published recently in the journal Biodiversity and Conservation shows that it works—these segments, known as Biodiversity Promotion Areas (BPAs), are more diverse, and more likely to harbor species of concern, than their more heavily-managed counterparts.

Fields like those that blanket the Alps are some of the most plant species-rich areas on Earth. (A previous study found that when you rank land types in terms of the number of species they contain, meter for meter, “managed, semi-natural, temperate grasslands” come out on top—although when you expand the scale to hectares, tropical rain forests beat them out.)

Over the years, though, more and more of this land has either been given over to farming, or abandoned entirely. Both of these processes decrease plant diversity—mow too often, and fast-growing plants quickly outcompete their more sensitive companions. Don’t mow at all, and what was once grassland becomes covered with trees and shrubs.

Recently, European countries that value their grasslands have introduced management plans focused on maintaining some of this biodiversity, even as land use changes. Beginning in the 1990s, the Swiss government began paying farmers to manage at least 7% of their land as BPAs—meaning they must use little to no artificial fertilizer and mow about once per year. The rest of the land can be kept as what the authors call “conventionally managed grasslands,” or CMGs, and can be grazed, fertilized and mowed as the farmers see fit.

To compare the effects of these two different management types, the researchers surveyed the plant inhabitants of 55 different farms in Ticino Canton, the southernmost part of Switzerland. They found that species richness in BPAs was higher, and that plants found there tended to represent a wider range of groups. In addition, over ⅓ of the plant species found in these specially managed areas belonged to “the national list for biodiversity promotion in agriculture,” the authors write, while zero species found in CMGs are on that list. Similar studies in other parts of the Alps have found similarly sunny results.

This is good news for specialized mowing. On a broader scale, though, it also supports the idea that paying people to steward their land in particular ways is a good method for maintaining or even increasing biodiversity. The authors here point out that BPA payments “encouraged the extensive management of the most marginal sites”—those that otherwise might have been abandoned.

A number of countries currently have biodiversity payment programs, including Mexico, which pays rural communities to preserve forest cover, and China, which pays people to transform farmland into forest or grassland. (The United State’s Conservation Reserve Program, though not focused explicitly on biodiversity, works in a similar way.) Lately, some people have proposed what amount to massive, international BPA agreements, in which countries with low biodiversity but lots of money would pay countries in the opposite position to keep species safe—an idea that’s easier to imagine when you know that it works on a smaller scale.