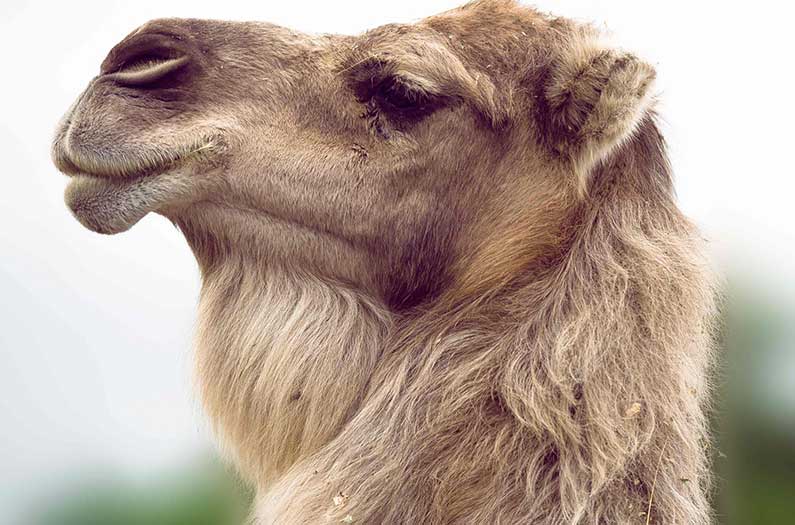 The system, which can be replenished by adding water, could help preserve food and pharmaceuticals especially in underdeveloped places.
By Prachi Patel
November 19, 2020

Camels are experts at keeping cool. It might seem counterintuitive, but the ships of the desert rely on their insulating fur to keep their body temperatures low and preserve water in scorching desert sun. Inspired by camel fur, researchers have now made an electricity-free system to keep produce, vaccines and other perishable goods cool. They reported the new material in the journal Joule.

A camel’s shaggy fur keeps the animal’s skin insulated from heat. It also allows sweat to evaporate, which helps keep the animal cool, while preventing excessive moisture loss, which would cause dehydration. “Zoologists have reported that a shorn camel has to increase the water expenditure for sweating by 50% in the daytime compared to the one with a natural woolly coat,” said Jeffrey Grossman, a materials scientist and engineer at Massachusetts Institute of Technology who led the new work.

The MIT team’s cooling technology consists of a two-layer material that is less than half an inch thick. The bottom layer, which plays the role of sweat glands, is made of a hydrogel, a material that is 97 percent water. On top of it is a porous silica-based aerogel, an ultralight airy material that has excellent insulating properties.

When the hydrogel heats up, the water in it evaporates, lowering the material’s temperature. Meanwhile, the aerogel on top allows the vapors to pass through but blocking external heat from the surroundings to reach the hydrogel, keeping it cooler for longer. 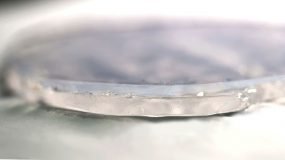 The team tested the material’s cooling prowess in an enclosed chamber with controlled temperature and relative humidity. A 5-mm layer of hydrogel alone stayed 8°C cooler than the surrounding air, but lost all its water to evaporation in 40 hours. The bilayer material, which also had a 5-mm aerogel layer, has a slightly lower cooling effect of 7°C, but this effect lasted for 200 hours before the hydrogel was dry. When all the water does evaporate, the hydrogel can simply be recharged by adding water.

Over 10 percent of the world’s population still has no access to electricity, the researchers write. Passive evaporative cooling technologies such as this one “provides viable pathways for distribution and storage of food and pharmaceuticals in underdeveloped areas.”

The manufacturing cost of the silica aerogel could be a hurdle for large-scale production for widespread use. Making the aerogel currently requires bulky, expensive equipment. But the team is looking into less costly alternatives. One of the co-authors of the paper, Elise Strobach, has co-founded a start-up company focusing on the scalable production of transparent aerogels for building window applications.