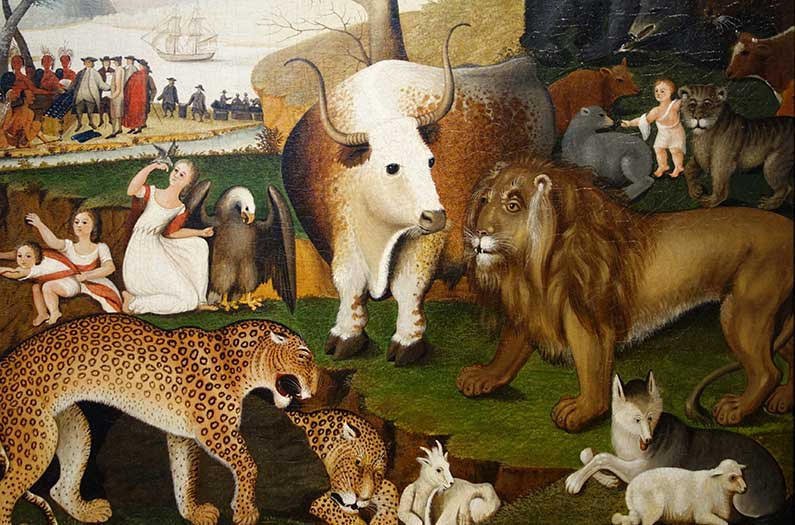 It’s difficult to distill the status of the world’s many and diverse life forms into a single number. But this doesn’t stop people from trying. The Living Planet Index regularly estimates the average decline of vertebrate populations worldwide since 1970; the current report puts the decline at 68%. In a recent paper in Nature, researchers looked into that sweeping metric.

You’ve probably heard this number, or a previous year’s. They’re widely repeated in the news. They are also sometimes characterized incorrectly, because “average decline in population size” is easy to mistake for “overall rate of population decline.” Ed Yong explained the difference well in The Atlantic in 2018:

“To understand the distinction, imagine you have three populations: 5,000 lions, 500 tigers, and 50 bears. Four decades later, you have just 4,500 lions, 100 tigers, and five bears (oh my). Those three populations have declined by 10 percent, 80 percent, and 90 percent, respectively—which means an average decline of 60 percent. But the total number of actual animals has gone down from 5,550 to 4,605, which is a decline of just 17 percent.“

For this reason, the authors of the new paper write, single-number metrics “can distort the full picture.” In the case of vertebrate biodiversity, a high average decline “could arise from substantial, widespread loss that is occurring across many populations,” they write—which is what most people likely assume when they see a precipitous number like 68%.

But it could also arise from “a few extremely declining populations,” like the bears in Ed’s example above. “Both scenarios involve important conservation issues, but suggest vastly different underlying problems and require different mitigation strategies,” the authors write.

To figure out which is actually occurring, the authors took the same data that the Living Planet Index uses—an aggregated set of information about ~14,000 vertebrate populations belonging to ~4,000 species spread across the globe—and ran it through an analysis designed to determine how those populations that are experiencing extreme declines affect the overall average.

They found that, indeed, a relatively small set of imperiled populations are dragging the number down. Excluding 354 populations from the analysis — 2.4% of the total—”reversed the estimate of global vertebrate trends from a loss of more than 50% to a slightly positive growth,” they write.

Of course, outliers in the other direction—vertebrates whose populations are skyrocketing—also have an outsized effect. In fact, if you take out the 10% of vertebrates at both the top and the bottom of the scale, you get “a decline of 42% since 1970,” Robin Freeman—a scientist with the Zoological Society of London, which, along with WWF, is in charge of the Living Planet Index—pointed out to the news service AFP.

In other words, slicing and dicing the same data in different ways tells different stories. Focusing on any one of them comes with pros and cons. Constant news of catastrophic declines, even after decades of conservation action, “can cause despair, denial and inaction,” the authors of the new paper write. But the most reductive takeaway from their own paper—that, to steal a cheeky line from its press release, “reports of my death are greatly exaggerated”—is a bit glib as well, given all the work that is left to do.

The authors, to their credit, turn immediately to this work, digging into the numbers to learn more about what those species experiencing bad declines are and where they live. Arctic marine mammals, reptiles in the Americas, and mammals and birds in Asia, they find, need most of our attention. Of course, because the dataset all of this comes from is necessarily limited, this conclusion probably is too—but it’s a start.

The real underlying problem may be a different kind of decline: that of space for other species on the average human’s list of things to care about. With so many different emergencies to pay attention to, the biodiversity crisis repeatedly falls by the wayside. It’s easy to understand the temptation, for conservationists and journalists alike, to shoehorn as much information as possible into a single figure powerful enough to shoulder its way into the headlines for a moment.

But “a productive global conversation about conservation requires that both scientists and media pay more attention to variation and resist the temptation of simple summary indices,” as the authors write. Other humans—as members of a species that is, when you think about numbers alone, indisputably thriving—would benefit from this as well.