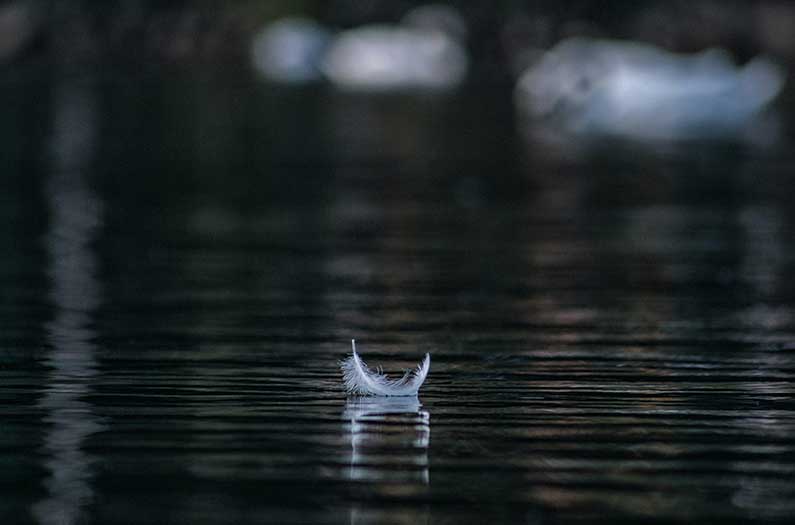 There is still something to be said for human silence

Researchers experiment with increasing the acoustic carrying capacity of a park
By Cara Giaimo
November 4, 2020

“Only by going alone in silence, without baggage, can one truly get into the heart of the wilderness.” John Muir wrote this in 1888, in a letter to his wife Louie.

Nearly a century later, it’s easy to quibble with the sentiment, steeped as it is in a particular lone-man conception of outdoor recreation. Maybe you prefer bringing someone special into the heart of the wilderness with you, rather than sending them mail about it later. Maybe you do your best nature-communing with a pack full of water and snacks.

According to a new study in People and Nature, though, there is still something to be said for human silence. Researchers seeking to improve the soundscape of Muir Woods National Monument in California found that reducing anthropogenic noise made visitors happier and more tuned into the wildlife around them. And it was easy to quiet people down—they simply put up signs that asked nicely.

Quiet time in nature is good for everyone. For humans, natural sounds can be part of what the authors call a “psychologically restorative environment,” credited with everything from facilitating relaxation to bolstering support for conservation. Animals and plants, of course, don’t experience natural sounds as quiet, but as the sonic fabric of everyday life, comprised of vital signals about conspecifics, weather, danger, and opportunity. Too much man-made noise can cause health problems in people and blast apart the communicative networks wildlife rely on.

Muir Woods has been the site of a number of sonic improvement projects over the years, ranging from cell phone bans to changes in maintenance strategies that eliminated the revving of engines and the clanking of garbage bins. For this study, researchers sought to further reduce human-caused noise in Muir Woods, and figure out how and whether this affected visitor experience.

To convince hikers to hush up, the researchers installed extra signs with messages like “Enter Quietly” along a main trailhead during particular week-long periods in the spring of 2016, and took them down the rest of the time. They then compared the overall sound level during weeks where quiet was and was not encouraged. They also counted birds during both segments, and surveyed visitors about how things had gone.

The researchers found that simply encouraging visitors to hush up reduced the overall sound level in the woods by about 1.2 decibels, from around 40.8 dB to 39.6. (Decibels work on a logarithmic scale, so what looks like a slight difference written out is much more noticeable in practice. The researchers write that this decrease in sound was equivalent to a 24% increase in an individual’s “listening area”—essentially, how far into the woods they could hear.)

As sound levels went down, the number of birds the researchers were able to count increased, as did overall visitor satisfaction. And visitors were generally in favor of sound mitigation techniques like signs. The researchers write that reducing the noise level in this way essentially expands the carrying capacity of the park—”the park was able to acoustically support more visitors behaving quietly compared to fewer visitors behaving normally,” they wrote.

The study is a nice demonstration of how people, when encouraged, can make things a little better for themselves, their fellow hikers, and the nonhumans they’re visiting—although its lessons don’t necessarily scale directly. As the authors point out, much of the noise that truly harms people and animals comes not from hikers, but from “increased home densities, road networks and energy infrastructure,” and from the encroachment of human settlements on nonhuman ones.

Polite signs alone will probably not decrease this trend. But peaceful time outside might give us all the wherewithal to think of better ways to make room for everyone. Hush up in the woods, sure, but be loud in the streets too.